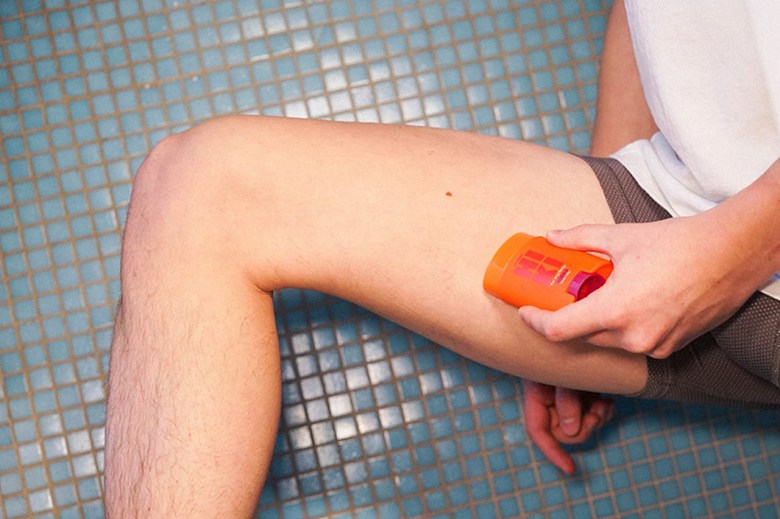 Fifteen months after leaving his post as president and COO of Glossier, Henry Davis is ready to reveal his next act.

On Tuesday, personal-care line Hiki debuts DTC-first. Unlike Glossier that crosses the makeup and skin-care categories, Hiki’s lineup is made up of popular drugstore products like body wipes, deodorants, antiperspirants, anti-chaffing sticks and body powder. Hiki is the first line to come out of Arfa, a brand incubator that Davis co-created with with former Vice publishing executive Ariel Wengroff. Davis said Arfa will work on a “handful” of brands at any given moment.

The timing of Hiki’s launch comes just as the U.S. grapples with larger coronavirus concerns, but Davis and Wengroff are pushing forward. However, rather than selling its products as previously planned, the company is offering customers two Hiki products for free in exchange for them posting a compassionate or kind message toward others on Instagram and tagging it with #todayimfeeling and @arfabrands. Customers will be charged $5 for shipping — hospital workers get a discount and will be charged $2.50 — to pay its shipping partner, Capacity, and postal workers. Originally, four of Hiki’s products were priced at $14.50 each, and its body wipes were priced at $10.50.

For Davis and Wengroff, the idea of supercharging its ethos of connectivity with consumers during coronavirus boils down to Arfa’s starting point. Prior to launch, Arfa co-created its products and brand — from idea generation to testing — with its “Collective” members. This will be Arfa’s model for all coming brands.

“The Collective are folks around the country between 16 and 65 [years old], in Detroit, San Antonio and Atlanta, who are willing to let us come into their homes and have intimate conversations in their living rooms face to face,” said Wengroff. “We sat with these people to understand the incredible vulnerabilities they share. Everybody is talking about body positivity, but no one is talking about how you get there, and how you get there is working with your customers and building brands for them.”

Wengroff said that Hiki states “For Any Body” on its packaging, to reiterate that “everybody sweats.”

Arfa would not share the exact numbers of those in its Collective, only stating it was in the “hundreds.” It is giving 5% of profits back to its Collective members who were actively involved in developing the products. Some of Arfa’s community members are even featured on its website, including Denise from San Antonio, Texas and Holly from Gulfport, Mississippi. (The company was unable to provide last names due to privacy concerns.) They will also be showcased on Hiki’s standalone site. By highlighting its members on both the Arfa site and Hiki site, Davis and Wengroff hope to give faces to the needs of its customers.

Based on feedback, the company changed the levels of cornstarch in its body powder so it could blend more seamlessly into different skin tones, said Wengroff. In addition, Davis said the performance of its deodorants and antiperspirants changed based on testing by a group that included both menopausal women and men.

“If you are going to put a product on your body, you deserve the right to have a say in what it is,” said Davis. “Arfa is about understanding people’s need states and wishes, so we can better serve them. We believe there is going to be a revolution between customers and brands and how they communicate with one another. So often, customers are determining what products they need based on the availability state in a store aisle, and that is just not where consumer behavior is moving toward today.”

Though Hiki will be DTC-first at launch, Davis and Wengroff did not rule out moving to an omnichannel distribution playbook at a later date.

“One of the big failings of the first era of direct-to-consumer was to find product-market fit with something and then do everything in your power to leverage that to a huge outcome,” said Davis. “What we are saying is that when there is a market for something, meet it and then that’s fine for that brand. But then go out and find another need and meet that with another brand. This is the only way product and marketing are right for the people they were intended for. No brand needs to be contorted or stretched or driven through its natural starting point.”