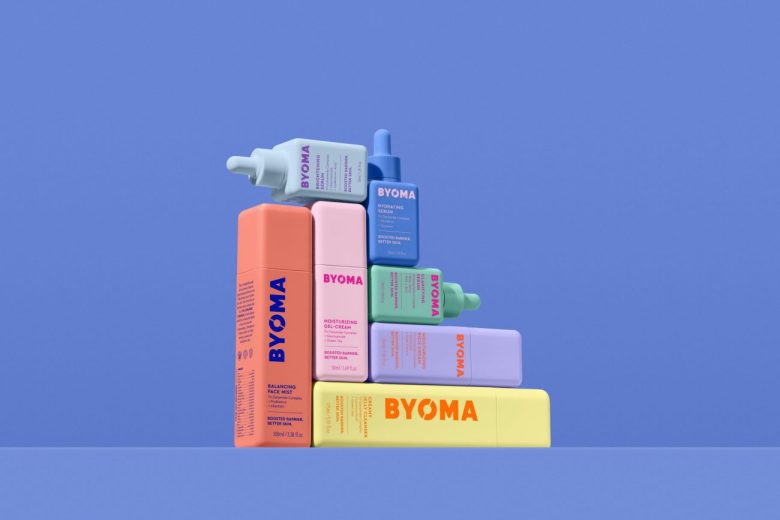 Though supply challenges continue to delay the launches of new brands and new products alike, these seven brands managed to make their debut in December or January. The last launches of 2021 and the first of 2022 speak to the industry’s continued focus on internal and external wellbeing, as well as skin care and scents that do more than just smell pretty. They include candles by the co-founder of The Coveteur, a range of under-$20 skin care launched at Target and a brand of wellness gummies made with mushrooms.

Founded by Erin Kleinberg, a co-founder of The Coveteur, Sidia makes loungewear and bathroom accouterments meant to celebrate creature comforts. Two just-launched candles dubbed “Wired” and “Braless” ($58 each) mark the brand’s first launches outside of apparel. The fragrance notes in each were designed to be “functional,” providing “scent therapy.” For example, the cedarwood in “Braless” is said to “enhance concentration and reduce hyperactivity,” while the lemon in “Wired” is meant to “fight exhaustion, awaken and revive.” To celebrate the launch, Sidia teamed with Tokyo-based florist EW Pharmacy to create a dried-floral bouquet to pair with each scent — the perfect way to reuse an empty vessel.

From the team behind a trifecta of popular tanning brands (Tan Luxe, Isle of Paradise and Tanologist) comes a new seven-piece skin-care line formulated to address growing concerns about the skin barrier. The collection, which launched at Target, includes one cleanser, one face mist, three serums and two moisturizers, each of which is below $20. The low price point was possible because the brand is launching on such a robust scale: In the U.K., it will be available at Boots, and it’s already for sale on Cult Beauty. The brand was created in response to search data, as well as factors like the rise in sensitive skin. Its barrier-strengthening ingredients include ceramides.

Model and influencer Iskra Lawrence, known just as Iskra to her 4.9 million Instagram followers, has launched Saltair via a collection of seven body washes. Each 17-ounce $12 bottle is formulated with skin-care ingredients that are typically reserved for the face, like hyaluronic acid and ascorbyl glucoside, a form of vitamin C. Lawrence is a believer in the power of using one’s hands on one’s own body and wanted to bring that ritual to the shower, even for moms with less than five minutes to spare. “I do a lot of work in the eating disorder space about touching your body, and [I’ve learned that] you can feel very disconnected if you’ve stopped touching it. If you’re using a loofah in the shower, and your hand never gets to touch your skin and your body, it can become disconnected,” Lawrence told Glossy via Zoom. The brand also aims to use fragrance notes that are more familiar to the perfume world than the shower, like sandalwood and white jasmine. It is available on saltair.com.

The name “Elorea,” a portmanteau of “elements” and “Korea,” does a pretty good job of succinctly telling the story of this new fragrance brand. It was founded by a Korean American couple, Wonny Lee and Su min Park, who wanted to pay homage to their roots. Interestingly, the Korean word for perfume, “hyang soo,” also means “a tender longing for home.” The debut collection includes four scents — Heaven, Earth, Water and Fire — each inspired by Korea. Each scent comes in two sizes, 50 milliliters for $125 and 100 milliliters for $195.

This new direct-to-consumer brand launched with one product, the $98 Hair Revival Serum ($78 with a subscription), but it will soon follow that up with an eyebrow serum. Revela uses synthetic biology, which it says delivers better results than the common hero ingredients for fighting hair loss and promoting hair growth, like minoxidil. Its hero ingredient is ProCelinyl, a molecule composed of components from natural ingredients commonly found in mushrooms and mustard plants. In a clinical study, the brand found that 97% of women saw improvements in their hair in six weeks.

Best Bubs and Made by Definition by Foxtrot

Chicago-based high-end “convenience store” Foxtrot just launched not one, but two private-label brands. Best Bubs launched with three bath bombs that are designed for Gen Z and sell for $12 each. Made by Definition, aimed at millennials, comes in at a higher price point: Bath salts are $18, body scrubs and soaks are $32, and a powder face mask is $38. The company already delivers ice cream, wine and pre-made meals, and has had success selling other brands in the self-care space. Now, with its own additions, it hopes to deliver an enviable and highly Instagrammable night in.

Mushrooms have maintained their spot as a top wellness ingredient, both in topical skin care and ingestibles. Troop aims to make them more accessible by way of gummies. It launched direct-to-consumer with three formulas for $45 each or $36 with a subscription. They include Reishi, a calming option to take before bedtime, Lion’s Mane, a brain-boosting formula for focus, and Super Troop, an all-around wellness formula combining the properties of six mushrooms.