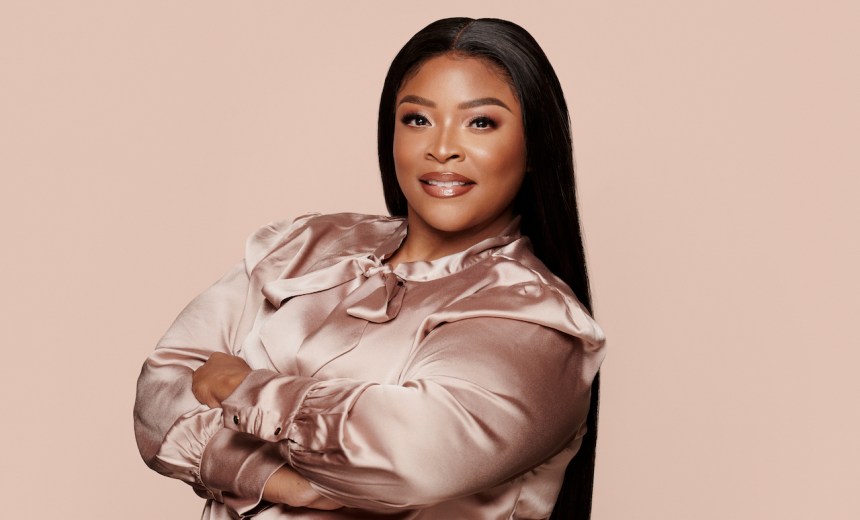 This week, I look into why Black-founded beauty brands are being pitted against Black-owned companies.

When ​LYS Beauty founder and CEO Tisha Thompson launched her inclusive makeup brand at Sephora in February, it was a high point after a nearly two-year-long journey of conceiving the line. While Thompson had nailed her formulations, branding and packaging components in 2019, she didn’t pitch the brand to retailers until 2020 — both pre- and post-the murder of George Floyd.

“I knew the frustrations that I continuously saw in communities of people of color — those were mine. Solving for that is the whole point of my brand,” said Thompson. “All of a sudden, people were listening. It really opened some amazing doors to entrepreneurs like myself. Retailers, especially Sephora, Ulta and Target, were like, “OK, we will take the opportunity to invest in you, even though we’re in the middle of a pandemic.”

Since its debut, LYS has been performing at Sephora; it has quickly become a top-10 clean beauty brand, with its Triple Fix Serum Foundation and Higher Standard Satin Matte Cream Blush becoming bestsellers. According to the brand, 40% of sales are coming from its foundation, proving the necessity for brands beyond Fenty to strive for inclusive shade ranges — especially in the clean category. Its blush sold out within five minutes of its Sephora.com launch and sold out once again after its first restock. LYS will land in Sephora stores in early fall and will have a dedicated endcap in November, all but guaranteeing more exposure.

Perhaps because of that success, or in spite of it, LYS’s authenticity has been called out recently. The question at hand is whether LYS is Black-owned and Black-founded, as Thompson told me directly, or whether it is actually owned by Atlanta-based Astral Health & Beauty, where Thompson worked prior to launching LYS. In April, Beauty Independent ran a story questioning the relationship between Thompson and Astral, and in May, a YouTube video posted by a user known as Elle S prompted the question, “Who is really behind LYS Beauty?” The video currently has 2,524 views.

“It was really bizarre, because they didn’t accept what I was telling them. I felt like they were calling me a liar, like my work was not my own,” said Thompson. “Bob [Cohen] from Astral is an investor in LYS, and I’m the majority owner.”

Thompson shared for the first time, with Glossy, that Bob Cohen, chairman and CEO at Astral Brands, invested in LYS alongside another investor. Thompson said she does own more than 51% of LYS, but would not elaborate further, citing that LYS is a privately-held company. Thompson worked at Astral’s Pur Cosmetics while conceiving the line. Cohen, a mentor to Thompson, bought the trademark to LYS, but offered her a lifetime, non-cancelable, non-transferable license agreement for $1. Thompson bought that agreement and is able to use the trademark as she sees fit.

It’s worth noting that until last year, very few investment dollars were designated to Black founders and that Black wealth creation has lagged in comparison to white counterparts.

Given that much of this appears to be inside baseball, I asked Thompson if these allegations had hurt the general public’s perception of the brand. She said, “Sephora verified my ownership, so there’s no question on their part that I’m Black.” The same goes for LYS’s community and social feeds, where she said that “not a single comment” has been posted. But she did add, “All of this pushback has only been from Caucasian communities.”

As a result of the racial turmoil of the year, necessary emphasis and opportunities have been given to Black-founded and Black-owned beauty brands. Sephora signed the 15% Pledge and revamped its 2021 Accelerate program to underscore its diversity efforts. And Ulta Beauty promised to double the number of Black-owned brands it carries and tapped Tracee Ellis Ross as the company’s first Diversity and Inclusion Advisor. It, too, made a 15% commitment in June. But alongside that, Black founders have had to emphasize that their brands are just as good as anyone else’s, as broader competition in the industry increases.

“I was not going to be anybody’s Negro,” said Sharon Chuter, founder of Uoma Beauty and Pull Up For Change, of being more than part of a retailer’s quota in regard to her new line with Walmart. “I had my vision for this brand and knew the audience I wanted to talk to. I knew how I wanted to talk to them.” Walmart reached out to Chuter about conceiving a line together last year.

But the broader “cancelations” that are happening across beauty, driven by social accounts like Here For The Tea and Estee Laundry, are putting all founders in the line of fire. Carol’s Daughter founder Lisa Price experienced some of this cancel culture that Thompson is facing now last year, where being a Black-owned brand was framed as “good” and only being Black-founded was “bad.” Price sold her brand to L’Oréal in 2014. She still gets questions like, “Why didn’t you sell your brand to Oprah Winfrey instead of L’Oréal?” though Winfrey is not in the beauty business.

“There is a built-in lack of trust,” Price said. “Previously, Black customers didn’t have the chance to pick up a brand, look at it and say, ‘This looks like me, this feels like me, this was made for me.’ That emotion was rare. Now that there is even a distinction between Black-owned or Black-founded, that doesn’t mean the customer doesn’t want it. The customer wants choice and to be included.” Price noted that her mother only wore a coral blush, coral lipstick and mascara, because there weren’t more makeup options for her. Meanwhile, her daughter has infinite options at her disposal today.

A 25 Black Women in Beauty poll from June backs that claim. When followers were asked which was more important, between Black-owned, Black-founded or Black-led, most commentators said all three were equally valid.

In Thompson’s mind, more attention needs to be paid to what these founders are offering to their broader customer base.

“I listen intently to the Black community and I can confidently say that people are primarily focused on there being equitable opportunities across every aspect of the business,” said Thompson. “I am proud to have received incredible support from the Black community.”

The future of beauty shopping

Of the former, FIT found that 66% of global consumers align themselves with brands that mirror their values, and thus, brands must value consumers over all other stakeholders. Of the second market opportunity, FIT CFMM dubbed today’s shopper the “Chameleon Consumer,” as 75% of respondents believe purchasing decisions shift based on mood, situation and core values.

#Hydration is trending on social.

What does the future of U.S. salons look like post-Covid-19?

Men’s makeup is not a fad.

Scarlett Johansson is the latest celebrity to launch a beauty line.

Is lookism just as discriminatory as racism and sexism?