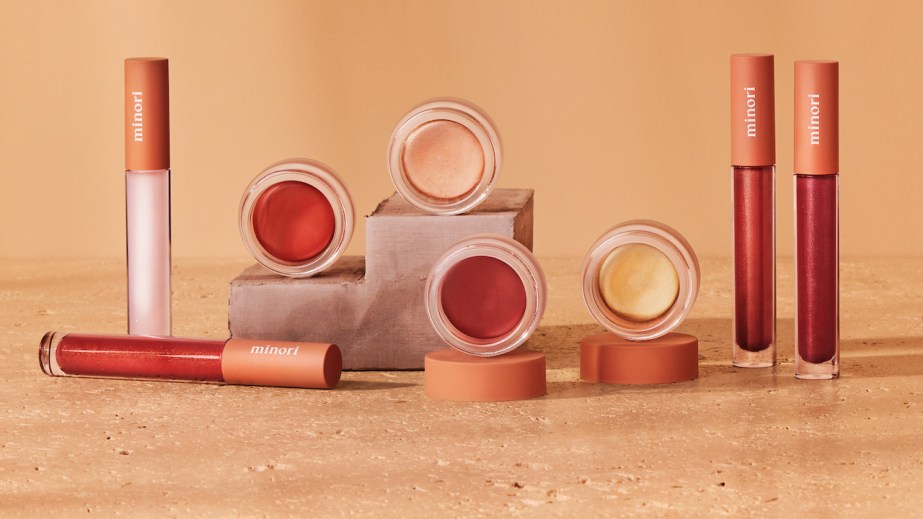 Minimalist beauty gets a new makeup brand with Minori

It’s not every day that you find a beauty brand founder who tells you to stop buying more makeup, but that is what Minori’s Anastasia Bezrukova has set out to do.

On June 29, the Ipsy alum’s San Francisco-based beauty brand launches via DTC e-commerce with an assortment of three initial products: a cream highlighter, a cream blush and a lip gloss. The vegan brand will also be sold at The Detox Market beginning July 14, after working closely with the clean beauty retailer in developing formulations that meet its standards. The brand aims to emphasize minimalism — its name is short for “minimalist origins” and references the Latin word for “less.”

“I want to tell my customer that she doesn’t need to buy more, and I want us to promote mindful consumption as a path to sustainability,” said Bezrukova.

After working in personalization at Ipsy, she came up with the idea for Minori after realizing that her vast beauty collection had become unwieldy. “I would have lipsticks that I’ve owned for four or five years,” she said. As a certified Marie Kondo consultant, she noticed that most of her friends also had massive beauty stashes going to waste. “Most women I’ve met have drawers and closets filled” with beauty they never use.

“I realized to what extent beauty was such a big problem for a lot of us,” she said. It also became clear to her that working at a subscription box company meant she was a “contributor to sending out thousands of little samples to people.”

While testing thousands of swatches for Ipsy, she also noticed the challenge in finding inclusive shades that work on all skin tones. For Minori’s four lip gloss, two blush and two highlighter shades, she said it was important that “100% of the brand works for 100% of the people.”

The brand’s site and social content are all about the minimalist movement that has taken hold worldwide in the past few years. Minori’s Instagram features decluttering advice, videos of the founder’s own Kondo-ization of her living space and beauty-product decluttering sessions with influencers such as Ava Lee (@glowwithava, who has 120,000 Instagram and 1.1 million TikTok followers). It also organized a “No Buy January” campaign on its Instagram Stories and main feed this year, advising its pre-launch base of 4,500 followers to attempt to not spend a cent the entire month.

Bezrukova said the roots of her minimalism journey began in the mid-’90s, when her family immigrated to Canada from her birthplace of Kazakhstan. Her parents worked minimum-wage jobs, and she soon developed the “understanding that we know we’re not going to live the same way that the kids at my school are living.” After going to college and getting a corporate job, she became a “very impulsive shopper,” which “came from a place of not having these things growing up.” But like many recent minimalism converts, she realized the burden that mountains of stuff could bring.

The minimalist movement has taken hold in the beauty community in recent years. The Reddit group r/MakeupRehab has over 105,000 members who tackle the issue of beauty hoarding, and encourage others not to buy products they don’t need and to finish up items before buying new ones. Users proudly post photos of empty containers to show their progress.

But as a brand founder, Bezrukova is certainly not advocating to avoid all future makeup purchases.

“The biggest thing that we can do is to buy fewer, better things,” she said. “I decided to create a brand that would be extremely curated, that would focus on making consciously formulated everyday essentials.”

“The glosses are sheer with no trace of feeling sticky, and the cheek tints and highlighters can be worn on the lips, cheeks and eyes,” said Elena Severin, senior director of merchandising at The Detox Market, noting that the brand “marries universal with minimalism” and its shades “flatter all skin tones.”

In line with the brand’s minimalist ethos, it focuses on the “no-makeup makeup” aesthetic popularized by brands like Glossier. Bezrukova said she was inspired to pursue this aesthetic after struggling to find a makeup artist willing to create a beauty look for her wedding. With one makeup artist, “I told her I’m a minimalist … I want to look like myself on my wedding day. And she put so much product on me, despite that. I came out crying.”

As a result, the brand is working with a group of over 30 professional makeup artists to bring the no-makeup look into the professional world. The artists will be able to sell the products to clients in person with the same margin as retailers. Bezrukova believes the aesthetic is more than just a short-lived trend.

“Even if we look at the past 20 years, on a day-to-day basis, women want to look natural and look like themselves,” said Bezrukova.