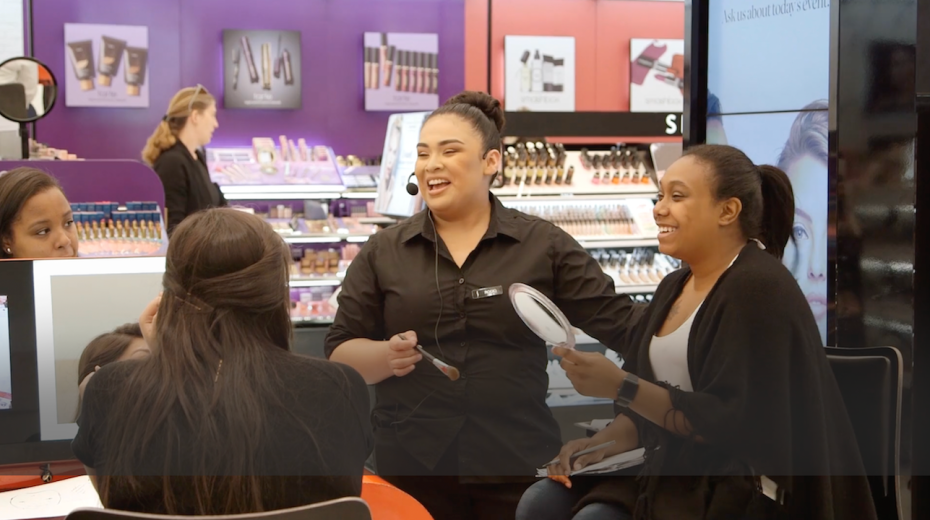 Beauty & Wellness Briefing: How far has beauty come with DE&I?

This week, I take a look at Sephora’s ongoing DE&I initiatives.

While the call to action may not be as loud as it was in 2020, beauty companies are charging ahead with their diversity, equity and inclusion efforts. Case in point: Sephora released its annual DE&I Heart Journey Report this month which chronicles the progress the beauty retailer has made in tackling bias across its organization.

In its review, Sephora reported an increased focus on diverse hiring, with an 8% increase of Black and African American leaders and a 16% increase of Hispanic or Latinx leaders hired throughout the company. Overall, the organization saw improved diversity throughout its workforce, with 70% of employees identifying as people of color, up from 64% in 2020, and 45% of people of color in manager or above positions, an increase from 39% two years ago. Women make up 70% of Sephora’s staff, while people with disabilities account for 3%  and 9% are LGBTQIA+.

George-Axelle Broussillon Matschinga, vice president of diversity, equity and inclusion at Sephora, said much of the company’s progress was driven by the findings of its 2020 Racial Bias in Retail Study, which examined racially-biased and exclusionary treatment in Sephora store environments and throughout retail.

“We published the results in 2021 and said, ‘Hey, these are the findings. This is what we see.’ These are the negative experiences of clients of color,” said Broussillon Matschinga. “Now we have data we can quantify and we are publishing our action plan. … When we did that, we started to work internally to revamp different policies; we looked at our trainings and focused on cultural allyship, but then we realized that we had to do our work externally.”

Sephora considers its diversity, equity and inclusion impact based on three pillars: employees, consumers and community. Within that there are 11 task forces that dive deeper into issues like corporate advancement, equitable rewards and supplier diversity. Broussillon Matschingan said these groups are working constantly for KPIs and other benchmarks to be met and to ensure that there is buy-in from the larger Sephora organization. For example, within the employee pillar, equitable rewards ensure all team members that participate in DE&I goals are spotlighted for their work. Individuals also have DE&I objectives that tie back to compensation, thus employees are eligible to receive a bonus or merit increase, explained Broussillon Matschinga.

Since 2020, companies were prompted to look inward across their diversity, equity and inclusion efforts or lack thereof. For its part, Sephora joined the 15% Pledge, an initiative to carry more Black-owned businesses. Last year, it announced the first Sephora Talent Incubator for employees hoping for career advancement; Broussillon Matschinga said 100 Sephora employees have gone through that program. That initiative and its improved recruiting efforts are responsible for a lift in the number of diverse employees.

In 2021, the retailer also shared that its annual Accelerate program would be focused only on founders or color. Fifty percent of 2021 Accelerate brands are now on Sephora shelves, with the remaining 50% to launch by end of the year. In June, Sephora announced that its 2022 roster of its influencer program Sephora Squad is made up of 78% BIPOC creators, up from 61% in 2019. And in May, Sephora, in partnership with the nonprofit Open to All, led the Mitigate Racial Bias in Retail Charter, an organization to ensure a more welcoming environment for all consumers. Since its founding this past summer, 37 leading retailers have signed on including Ben & Jerry’s, CarMax and Capri Holdings, the parent company of Versace and Michael Kors.

Other beauty retailers have retooled their DE&I programs as well. Credo expanded its Credo for Change workshop program for BIPOC founders in June to all eligible applicants instead of capping it at 13-14 participants. And Ulta Beauty, launched its own accelerator program in May called Muse, which prepares and launches eight BIPOC beauty brands in its retail environment. In 2021, it pledged $25 million to diversity and inclusion progress and unveiled the Muse 100, a group of 100 honorees driving positive change across DE&I initiatives.

Though Sephora has no exact plans to conduct another Racial Bias in Retail Study, Broussillon Matschinga advised companies to not think of their work in a silo.

“When we do think about our effort, it’s of course about changing internal practices and it is about changing the industry, but at the end of the day, it’s about the client,” she said. “It’s about bringing dignity to them, so they don’t have to use these coping mechanisms of getting dressed up to shop or put their hands in their pockets because they fear that otherwise they would be accused of stealing. Our impact on our clients matter.”

Sally Beauty gets in on hair care’s bond-building trend

Sephora’s UK relaunch is off to a rocky start

Why is there still the misconception that Black-owned beauty brands are only for Black people?