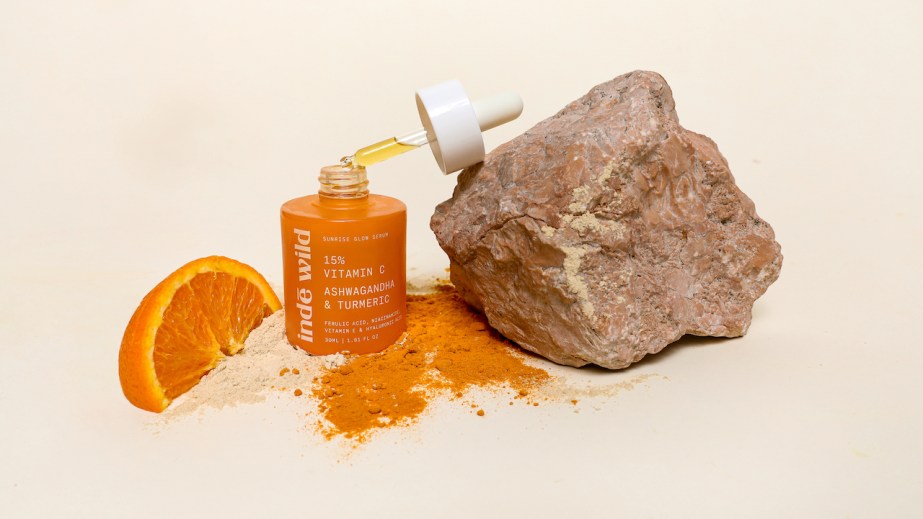 This week, I consider India’s search for homegrown beauty brands and the diaspora’s hope for consumers both abroad and in the motherland.–– Priya Rao

For those who may not know, India celebrated 75 years of independence last month on August 15. India separated from the United Kingdom, and the monarchy split British India into two countries along religious lines: India and Pakistan. Every August, I think about this time because my parents were young children living in the wake of these changes. While allowing myself space for an annual history lesson, I stumbled on investor Gaurav Dalmia’s guest essay for The Economist. While India’s economy continues to grow, driven by homegrown talent and industry, Dalmia stressed that the country’s future will also be shaped by its expats. “Indians abroad will play a significant role in raising India’s productivity and accelerating its prosperity through technology, trade and investments,” he said. This got me thinking about beauty.

The Indian beauty market is thus far dominated by foreign conglomerates like L’Oréal and The Estée Lauder Companies and their brands. Currently, the market is also relatively small at $15 billion, according to Euromonitor International. But the stage is set for an Indian founder, in India or abroad, to step into center stage.

“We are at a very interesting time, and it’s the best time for the [local] beauty ecosystem as India’s [beauty and personal care] segment is one of the fastest growing,” said Anchit Nayar, CEO of beauty e-commerce at Nykaa, India’s go-to digital site. “It is projected to become one of the top five or top three largest in absolute terms of the size of its beauty market within the next five years. Hence, it’s a very unique combination of size and growth scale. The tailwinds that are driving this rapid growth are awareness and access.”

Appropriately, Nykaa in partnership with The Estée Lauder Companies launched Beauty & You, an incubator for Indian beauty entrepreneurs in July. The program is open to an indefinite number of emerging Indian brands; recipients will have access to masterclasses and mentorship from ELC and Nykaa, as well as support on financing, product development, distribution and marketing. A total of $500,000 will be given to the most innovative brand or brands in November.

The Estée Lauder Companies first entered India in 2005. It’s not surprising that it’s making a bigger play for the country now. In the last year, ELC has built up its early-stage investment and incubation arm; it has already made four investments in emerging brands with an eye on international markets, said Shana Randhava, vp of New Incubation Ventures at The Estée Lauder Companies. NIV investments made include those in Toronto-based grooming brand Faculty Men and natural skin-care and fragrance brand Haeckels, based in the U.K.

After seeing the boom of Chinese homegrown brand Perfect Diary and Sunnies Face from the Philippines, I assumed Nykaa and ELC were looking to recreate similar success stories. Nayar said otherwise.

“There isn’t a direct comparison for what we are looking for. We are looking to find a truly unique brand that is being run by very passionate founders who are innovating to create products that are of the highest quality,” he said. “Ayurveda is a great example of a beauty trend that started in India thousands of years ago and has the ability to become a global phenomenon. We believe there is a possibility to find homegrown brands that are doing things that are more relevant to the Indian traditions and history, and also … at a very high quality and level of execution.”

The brands, while small in size today, attempt to bridge the history and culture of India with a modern point of view. They’re also being bolder about who the founder is and who their brand speaks for. For example, Live Tinted has made Indian culture a core part of the brand’s DNA, launching Diwali products and, most recently, collaborating with Mindy Kaling’s Netflix series “Never Have I Ever” on a limited edition collection.

“It is so important that Indian-founded brands continue to emerge here and in India,” said Mutyala, who noted that Live Tinted launched in all Ulta Beauty doors this month. “It is also crucial that they are given opportunities to grow and thrive so that we can all be part of creating a world where younger, minority South Asian people see themselves accounted for. Representation is key to self-confidence, self-love and ambition industry-wide.

But there is a question of if these U.S. brands can translate to India and vice versa.

Indē Wild, a skin-care brand founded by Amsterdam-based global influencer Diipa Büller-Khosla, who is of Indian descent, is based on Ayurvedistry, a concept Büller-Khosla calls a blend of Ayurveda with chemistry. “Our mission was very clear from the beginning: to make Ayurveda global for the modern South Asian woman and, at the same time, make it accessible; Indē Wild was packaged in a way that caters to the youth, but still uses the ingredients, heritage and culture from our country.”

Indē Wild launched globally online last October, but the brand teamed up with Nykaa in July after Büller-Khosla received thousands of DMs and emails asking when the brand was coming to India, she said. On launch day, Indē Wild’s two serums sold out in just over two hours. “It was the perfect trifecta: potent serums, which are picking up in India, the combo of Ayurveda with chemistry, and a founder-first approach which isn’t as popular there yet,” she said. Indē Wild declined to share current sales figures but did say that an August flash sale made $100,000 in 24 hours. The brand recently closed a Series A funding round for $3 million.

Of course, global recognition has helped Büller-Khosla build her brand. Büller-Khosla has 1.8 million followers on Instagram, walked the red carpet at the Cannes Film Festival and been on the cover of countless magazines including Elle India and Vogue India. Similarly, Priyanka Chopra Jonas, who probably is India’s most famous American expat, has had a homecoming of sorts. Her brand Anomaly, incubated by Maesa in 2021, launched internationally on Nykaa in August. While a reportedly emerging business within the greater Maesa portfolio, unsurprisingly Chopra Jonas’s line sold out (all but two SKUs) on Nykaa in 24 hours.

As Büller-Khosla is in talks with retailers in both the U.S. and Europe for further international expansion, she stressed, “The Indian growing up in [New] Delhi or Mumbai is identical to the one growing up in New York or Toronto.”

“This consumer is everywhere, so why shouldn’t a brand get big enough to reach all of these people?” she said.

As more Indian-founded beauty brands are popping up in and outside of India, and the Indian beauty consumer matures, it’s only a matter of time before one of these brands will go global. While bigger names have a leg up, indie brands should not be overlooked.

As Darpan Sanghvi, founder and CEO of The Good Glamm Group, previously told Glossy, “The penetration of beauty and personal care [in India] is among the lowest in the world. It was a market that was waiting to explode. Until recently, the brands available in India were older legacy brands. New consumers are hungry to discover other brands, and now the customer has a phone and access to the internet and social media.”

The ugly side of beauty: How social media campaigns are damaging Gen Z