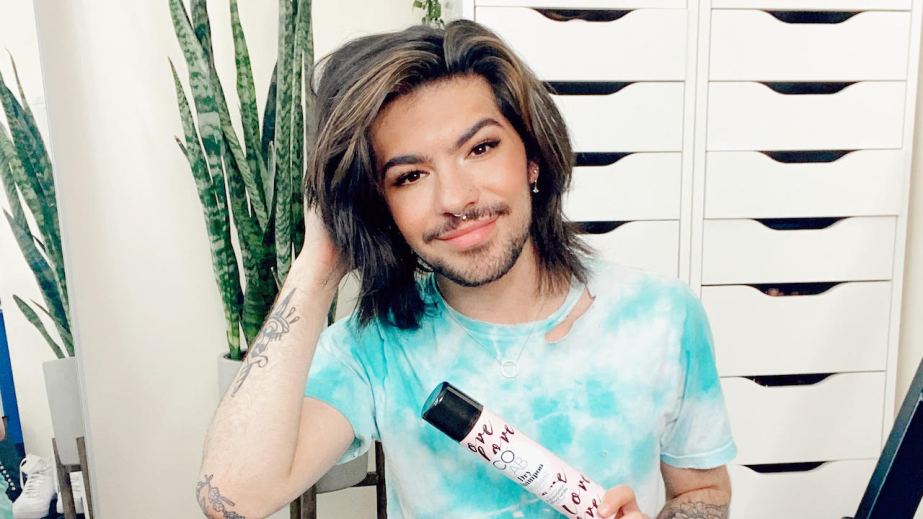 When hair stylist Seth Garrington was approached by Colab Hair and influencer agency Obviously for a partnership around the brand’s dry shampoo, it was the first time he had been able to actually sample the products he was talking about on Instagram to his audience. In May, Garrington posted a swipe-up link to his 12,000-plus followers, and the first people to swipe received a custom, boxed sample of Colab dry shampoo until samples ran out — no strings attached.

“My audience likes to hear what they can do,” said Garrington “Whether they are in the market for a product or not, it’s low risk to get a sample instead of paying $20 for something they don’t know they will like. For brands that are interested in me, it lets them be closer to my audience and it works better than affiliate marketing. And for fans, they get to feel like an influencer and get gifted products, too.”

As beauty sampling and testers remain halted in brick-and-mortar stores, companies are getting creative with how they get their products in the hands of prospective customers.

For U.K.-based Colab, the influencer-based sampling exercise was meant to get the brand in front of a U.S. audience, timed to its entrance into Walmart, Target and Walgreens. “Since January, we launched in 10,000 new stores, but once Covid hit, we had to make sure that people could try our product and talk about it. We thought influencers were a targeted way to get in front of the right shoppers,” said Heather Berry, product and marketing director at SLG Brands, the parent company of Colab Hair.

According to Mae Karwowski, founder and CEO of Obviously, Colab’s exercise has become a model case study. Through 21 influencers, 9,393 samples were given out, Colab’s Instagram followers grew by over 9,100 people, and the Colab site saw 1,185 clicks to its landing page.

Unlike targeting via one’s own brand site, which could be prohibitively expensive, Karwowski emphasized that influencers provide a better sense of likeminded shoppers and fans.

“One real advantage of sampling through influencers is that it builds a close relationship with targeted customers: They follow you, you get their email address, and you can stay in contact [regarding] other opportunities they might be interested in. In addition, there’s no way that such a [large quantity] of samples could be handed out in person, in such a short timeframe,” said Karwowski.

Since Garrington’s Colab partnership, he also inked a deal with Sephora for its Sephora Collection lip gloss launches in July. He said approximately 500 people watched his Instagram Stories about the free samples, and 20% swiped up and received corresponding product. Whereas sponsored Instagram posts and stories feel less “personal” for Garrington, he said he finds the “gifting model as more interactive.” And his rate for these posts mirrors those that are seemingly less authentic: Stories start at $150, whereas in-feed posts start at $300.

Karwowski added that Obviously has seen requests for influencer-sampling programs spike since the pandemic — new clients include Sephora and Bulgari. She said that brands can expect to earn information on customers requesting samples on approximately 10,000 new shoppers in 30 days.

But influencer sampling is just one way that beauty companies are working around the current in-store product discovery issue.

This month, Allure announced its own attempt to resolve the problem with its November issue. Called “The Ultimate Guide to Shopping,” Allure teamed up with YouCam makeup to enable virtual try-ons of all products in the makeup section of the issue. Additionally, it has created a digital shopping hub with Nordstrom highlighting editor picks from the magazine.

“The beauty retail landscape has changed so much, understandably, because of Covid precautions. The in-store experience of testing, swatching and sampling may not be happening at the moment, but the beauty consumer is still eager to try products,” said Michelle Lee, Allure editor in chief.

According to Allure, average monthly unique visitors to allure.com are are up 10% year-over-year, and its social audience is clocking in at 4.5 million, a 10% year-over-year increase. Those numbers gave Lee and her team a reason to believe it had a more captivated audience that would likely embrace interactive try-ons.

And Allure’s 8-year-old Beauty Box has also seen increased in-bound interest: a 15% spike in members from February to May, and an 18% year-over-year increase in revenue. The brands featured in its November issue were selected by editorial and didn’t necessarily have to have a YouCam or a Nordstrom relationship, and Lee hinted that the Allure Beauty Box would be growing its offering for partners.

“The box allows us to curate and send some of our absolute favorites to subscribers. Like the November issue, we like to include a mix of well-known and up-and-coming brands in each monthly box. And we’ve been doing more special, one-time-only boxes, like the Award Winners Limited Edition box that launched in September,” she said.