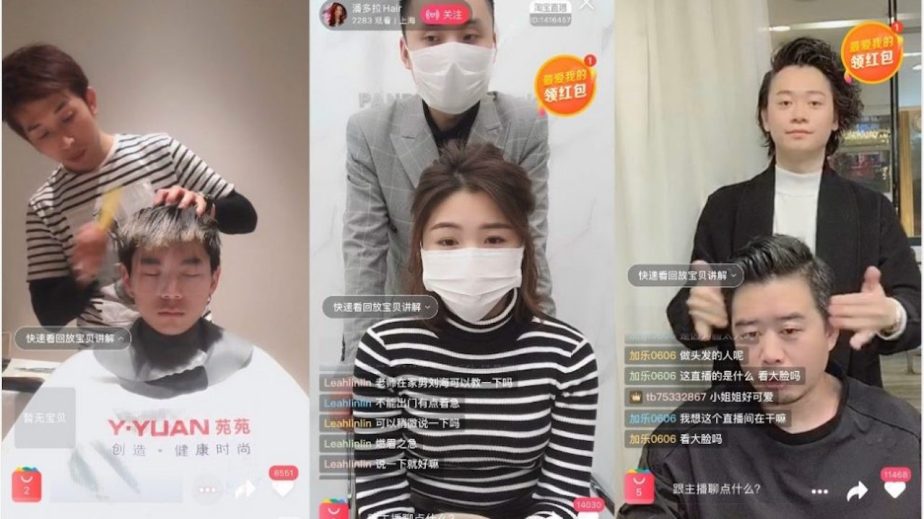 Beauty brands wrestle with sales impact of coronavirus in China

Ingredient sourcing, packaging supply chain, shipping, personnel, operations, and in-store and online sales are being threatened, and conglomerates like L’Oréal Group, Shiseido Group and Estée Lauder Companies have reported sales impacts and adjusted their financial guidance as a result. As such, brands are thinking on their feet, examining the unforeseeable effects on supply chains and confronting an overreliance on China. In 2019, a fifth of the global growth in beauty and cosmetics came from China, and this is expected to increase to a third by 2024, according to Xiaofeng Wang, Forrester analyst. Some brands operating in China, such as skin-care brand Ceramiracle, have had to push back launch dates, while others like skin-care brand 100% Pure are rethinking their marketing strategies to keep sales up.

“As a growing brand, we are at the mercy of what’s happening around the world,” said Eugene He, founder of Ceramiracle.

The 4-year-old California-based brand launched in China and Hong Kong in May 2018, and the region now accounts for 50% of the brand’s total sales, said He. As a cruelty-free brand, it initially relied on 13 inventory-less pop-up stores where customers could make purchases by scanning a WeChat QR code to bypass import restrictions. Ceramiracle closed the pop-ups as it prepared to launch an e-commerce site through Taobao Global, an Alibaba property, timed to Chinese New Year this past January. Since coronavirus was gaining traction, the company postponed its opening until Feb. 26 with only pre-orders available.

During that period of dormancy, Ceramiracle shifted its focus back to its global DTC site and the U.S. market, said He. Ceramiracle also began experimenting with other Chinese social media platforms like Little Red Book and Douyin (the Chinese version of TikTok), to lead people to the brand’s website. But Ceramiracle is also using the pandemic as an opportunity to prepare for other potential crises. In preparation for the initial Taobao launch in January, Ceramiracle doubled its warehouse inventory to last up to six months — a blessing in disguise, according to He, as 50% of the company’s supply chain is based in China and has been ground to a near standstill.

“We have to be prepared now that the world, beauty and social media are so connected,” he said. “Anything that happens in one part of the world can eventually affect us.”

Ric Kostick, co-founder and CEO of skin-care brand 100% Pure, saw the impact of coronavirus firsthand. When he traveled to the Beijing area in January, ahead of Chinese Lunar Year, the government had already enforced restrictions on travel to and from the Wuhan province, over 700 miles from Beijing. What Kostick encountered were deserted streets, a 300-room hotel nearly empty except for six people (including Kostick) and hotel staff taking the temperature of anyone entering and exiting the vicinity. The brand retains 13 employees in China, but Kostick canceled all of his meetings except for one with the company’s general manager. They both wore surgical masks while meeting and sat far apart from one another, he said.

Nearly 10% of 100% Pure’s sales come from China and Hong Kong, according to Kostick, and the brand earned $30 million in overall sales in 2019. Kostick was anticipating 60% year-over-year sales growth in China in 2020. At first, coronavirus threatened to hurt 100% Pure’s e-commerce sales in China, where it sells through cross-border site Tmall Global and does not have a brick-and-mortar presence. But because Chinese citizens are under a government or self-imposed quarantine, they are turning their attention to the internet, and sales have rebounded, said Kostick. He believes 100% Pure could surpass its 2020 goals because of this factor and is exploring a Douyin campaign in the second quarter that could potentially double the company’s growth. The company also posting editorial content on social media apps Weibo and Little Red Book.

“It might be positive growth because more people are shopping online,” he said. “If someone goes in-store, they might pick up a different brand [because we only sell online], but by being online, more people can discover us. The one thing we always have to consider is whether we want to grow faster but less profitable, or grow more moderately but more profitable.”

As cabin fever sets in for Chinese customers, they are becoming more creative online. According to Alibaba, a series of livestreaming sessions on how to create beauty looks while wearing surgical masks attracted 8.2 million viewers on Taobao Live on Feb. 18 and led to a 150% month-over-month sales increase of eyeshadow palettes in the week ending Feb. 17.

Brands are equally becoming clever. Shanghai-based cosmetics brand Forest Cabin temporarily closed about half of its 337 stores across China due to the virus but has since focused on livestreaming on Taobao Live by training and featuring 1,600 sales assistants. Online only represented about 25% of Forest Cabin’s sales before, but it now accounts for 90%, according to Forrester’s Wang. On Alibaba, although beauty category sales have dropped by 30% year over year, beauty brand advertising has only decreased by 14% during the same period, showing that brands are trying to make up for lost sales, according to Richard Brosgill, managing director for APAC and Russia at brand performance agency ForwardPMX. He also noted that advertising for the body-care category has increased by 31% compared to 2019, as brands see an opportunity to target people who are now more concerned with personal hygiene.

In China, life is slowly returning toward normalcy as the outbreak becomes controlled. Sephora, which had closed 10% of its stores across 70 cities in China, was authorized by the Chinese government to reopen 15 last week, according to a Sephora spokesperson.

“As Valentine’s Day was approaching, we could see beauty-related search volume increase quickly, with the strongest being from the skin-care category. We also saw a positive trend in makeup. People [are] preparing for a future when they can return to normal life,” said Brosgill.

But as Chinese customers resume their routines, other countries remain on high alert. Countries like South Korea, Italy and the United States see the number of coronavirus cases escalating every day.

“My biggest fear is if it were to break out in the U.S., because we manufacture here in California,” said Kostick. “It’s good we all take precautions. We’re all aware [of COVID-19] and do what we need to do to slow the outbreak, but the fear can tip over. It can be worse than the breakout itself.”