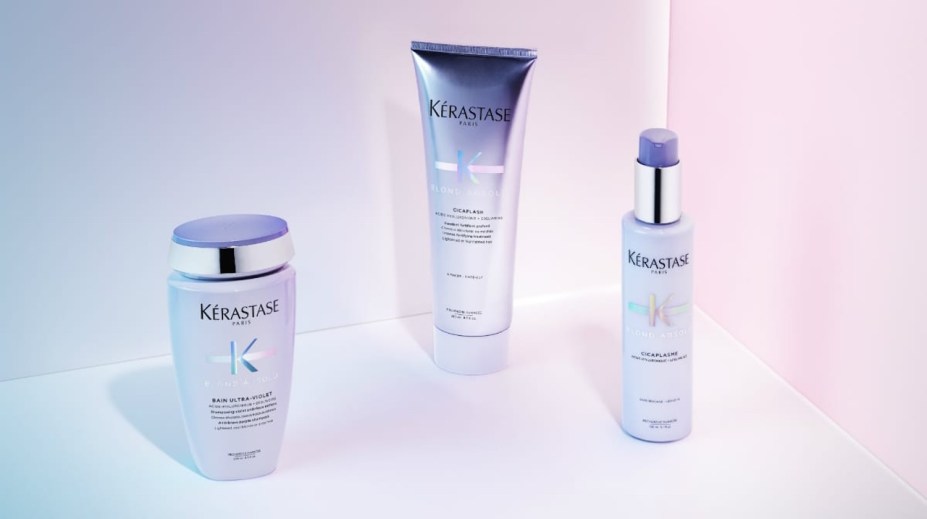 Beauty brands are reusing past campaigns

Coronavirus’s impacts have been wide-sweeping and have upended the content creation cycle at a time when companies are trying to produce more photos, videos and other digital assets than ever before.

With stay-at-home orders and social distancing in effect, content studios are closed, and models, photographers and brand representatives are unable to gather. This makes the creation of large and comprehensive campaigns practically impossible. Brands are therefore getting creative with their archives or content vaults to see what imagery can be reused or “upcycled” to appear new. Unlike fashion, reusing archived materials in beauty is not a heritage play, but a tactical response that is necessary for companies as they face physical constraints, along with budget restrictions.

Hair-care brand Kérastase reconfigured a Jan. 2019 campaign for its Blond Absolu product line called “You Dare, We Care,” for a social campaign called “Blond Again,” which began May 25. Blond Absolu was initially filmed across two days in Los Angeles in 2018 with nine models. It was a larger campaign than usual, according to Antoine Morin, L’Oréal International marketing group manager, as it was meant to strike a new brand voice around empowerment and inclusivity. Because of coronavirus, Paris-based Kérastase wanted to create a joyful campaign to celebrate the return to businesses internationally after lockdown, which would encourage women to go back to the salons. France began allowing salons to reopen around May 11, and other parts of the world have started to, as well.

L’Oréal Group’s professional division, which includes Kérastase, saw a 10.1% decline year-over-year for the first quarter, according to the company earnings report from April 16. However, Kérastase’s sales grew according to the earnings, due to a new anti-hair loss launch and recovery in the Asian market. The rate of growth was not specified.

“The whole strategy is to make what was already a strong campaign, stronger through trusted product performance and an optimistic [campaign],” said Morin. “We felt that this was the moment to upcycle that campaign, but tell a different story using the same [assets].”

Kérastase and its creative agency Blonde + Co. made 30-second and 15-second videos from the old footage, as well as static lifestyle imagery. It unveiled the campaign through its Instagram account, where is has 1.2 million followers, before disseminating it to different geographical teams who will determine how to use the assets. Kérastase’s campaign was not driven by budgetary constraints, said Pauline Truc, Kérastase International global chief strategist, but the “Blonde Again” campaign cost only 10% of what the original “You Dare, We Care” required to produce. Upcycling existing content is an approach that Kérastase will maintain moving forward, she said.

K-beauty brand Innisfree has employed a similar strategy for its U.S. social media channels, although it has not crafted an entire campaign from archived materials. Since mid-March, the brand has increased its output of Instagram posts by 200% and has started using archived materials from past campaigns and from the archives of other geographical divisions. Past content now makes up about 20% of Innisfree’s social posts, said Julien Bouzitat,

Innisfree vp and gm of Innisfree U.S. Innisfree also increased its user-generated content from 5% to 15% of its overall social posting, and many brands across beauty and fashion have resorted to community-based and DIY photoshoots.

Amorepacific-owned Innisfree had a content calendar in place for 2020, but it had to be scrapped and rebuilt, due to the evolving crisis. Bouzitat said the brand did not want to strike the wrong tone with its originally planned content. Instead, the brand is focusing on three pillars for its primary messaging: self-care, positive distraction and community building.

According to Amorepacific’s first-quarter earnings, reported April 28, the brand saw increased sales in North America in the first quarter of 2020 driven by retail partners and e-commerce sales, although exact figures were unspecified. Bouzitat noted that 25% of people who partake in the company’s online consultations convert to purchase within four days.

“We have a big library of content that had already been shot or used by other subsidiaries, but will feel fresh and new to our channels and markets,” said Bouzitat, who added that Innisfree will continue a variation of this strategy moving forward. “It has helped us to stretch our timeline because even though it’s more difficult to create content, we felt the need to increase the frequency of posting.”