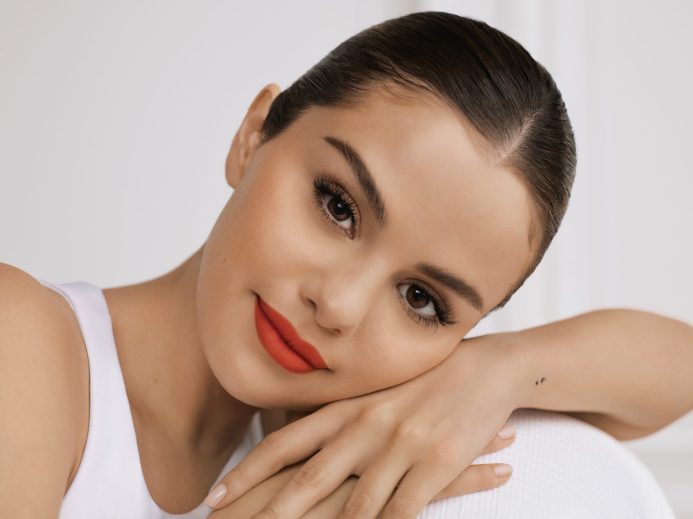 ‘Anti-aspirational’: A new wave of beauty brands wants you to embrace your authentic self

Despite its name, the beauty industry had, for most of its modern lifespan, held onto some ugly ideas about what makes people beautiful.

For decades, the beauty industry operated by convincing customers through marketing that they were not good enough, but that by using a particular mascara or lipstick, they could achieve perfection. A quick Google search reveals numerous sexist beauty ads for products from perfume to deodorant, and as recently as 2012, people were rebuking Proactiv for an ad that told girls their acne was the reason they did not have a boyfriend. But over the last 10 years, brands have tried to shift their consumer-facing marketing to embrace more progressive, body-positive values. Brands like Cover Girl replaced their tagline “Easy, Breezy, Beautiful” in 2017 with the more empowering slogan “I am what I make up” (the original tagline was reinstated in 2019). Even Maybelline, which has employed the tagline “Maybe she’s born with it. Maybe it’s Maybelline.” since 1991, opted to replace it with “Make it happen” in 2015, though it couldn’t be determined whether they’re currently using either one.

But now, in 2020, as customers’ relationships with beauty products shifts due to body-positivity movements and customers become brand stakeholders through social media, brands are shifting both their marketing and their values. Brands are baking the idea of body positivity into their brand values from the onset, and may have more success because of it. There is no formal name for this trend, but you could call it anti-aspirational beauty or imperfect beauty or authentic beauty. Regardless, it does not necessarily mean that brands are only focusing on “natural” beauty looks or no-makeup-makeup looks, but they’re instead trying to underscore that the relationship between beauty products and people is not solely about appearance.

Priscilla Tsai, founder and CEO of 5-year-old Cocokind, describes her skin-care brand as “anti-aspirational.” She said that, because of this brand value, the concept exists in every part of the brand rather than just in marketing. It is in its imagery, copy and product claims, as well as the products themselves and the partners that the brand chooses to work with, she said. In an Aug. 23 Instagram post, Cocokind explained its anti-aspirational philosophy, which said, in part, “Aspirational culture thrives off of consumers desiring what they can and should be, instead of celebrating who they already are,” and, “Aspirational imagery in beauty supports consumers not accepting our physical appearance and continuously absorbing imagery that makes us feel like we are not enough.”

“We aren’t going to use the word ‘flaw’ or anything like that, which feels more negative,” Tsai said. “It’s OK to talk about skin texture issues, but we try not to come from such a negative viewpoint. We try to be objective and factual about any of the claims of our products and not exaggerate or add any [negative] emotional element to them.”

This new beauty concept appears to be gaining traction. In August, Amorepacific launched a new skin-care brand called Enough Project, sold exclusively on Amazon, with the tagline “You Are Enough Just The Way You Are.” And the Marc Jacobs fragrance brand launched a perfume called “Perfect” in July that was supposedly inspired by Marc Jacobs’ personal mantra: “I am perfect as I am.”

“Makeup can be a tool to build confidence,” said Joyce Kim, chief product officer behind the Selena Gomez-founded Rare Beauty brand. “We try to say that not everybody has to look the same. And if you feel better by concealing a blemish, that’s OK, too — but it’s not about transforming what you were genetically given, [in order] to look like somebody else.”

Still, the beauty industry is inherently about selling products that affect one’s quality of skin and general appearance, which is at odds with the idea of embracing and accepting oneself as they already are. It’s a challenge that the men’s wellness category has also found difficulty reconciling.

“For us, it’s all about the claims that we make,” said Tsai, explaining that she reconciles the gap between product and purpose by explaining the root causes of a skin concern rather than making promises about the results a product will offer. “We just launched an eye cream, and before we launched, I went on Instagram Stories to talk about what an eye cream can and cannot do, because it’s not going to get rid of every wrinkle you have magically,” she said.

Katie Welch, Rare Beauty CMO, said Rare Beauty is about celebrating individuality, based on who you are and not how you look. She said that, on Sephora.com, Rare Beauty sells 48 shades of foundation. The brand recruited 48 everyday people to take photos of themselves (using no makeup artist, and no professional photographer or lighting) to highlight the relatability of the products and show that they’re easy to use. And with its Rare Beauty fund, in support of mental health, the brand is trying to promote an idea of self-acceptance, she said.

“From a traditional marketing standpoint, it’s about putting out visuals and copy that are much more welcoming and break down those unrealistic standards of perfection; we’re not putting out messages that say that you have to do fit a certain standard,” said Welch.