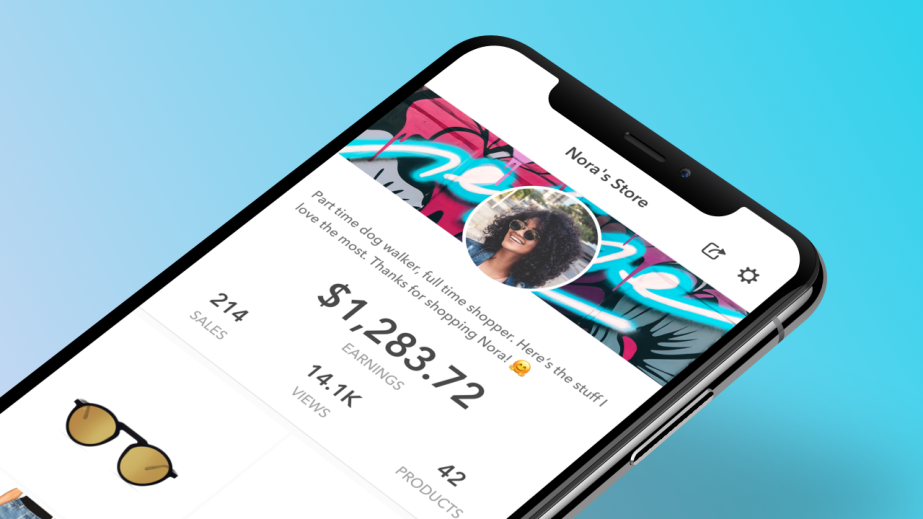 On Jan.16, Storr invited consumers to start directly shopping from friends, family and influencers versus third-party retailers, via individual storefronts on its mobile app. Shops from 100 ambassadors that included endorsed products from 125 brands were live on launch day. Included were selections from wellness influencer Allie Hiller of HealthyAlibi.com, who has nearly 39,000 followers on Instagram, fashion and beauty influencer Ashley Robertson, who has 300,000 followers, and model-blogger Rocky Barnes, with an audience of 1.5 million followers. Investors Alex Rodriguez and former Neiman Marcus CEO Karen Katz were part of a group that led a $4 million seed funding round for Storr’s launch.

“Consumers have largely purchased from these large and impersonal distribution channels like Macy’s, Nordstrom and Amazon, but that is changing because younger consumers want something that is more personal and for them,” said Eric Senn, Storr founder and CEO. Citing Nielsen data, Senn emphasized that 92 percent of product recommendations come from friends and family, a trend that is especially true in beauty, thanks to social-selling brands like Ever skin care. Torie Crown, Storr head of business development, described the company as a “transactional Pinterest.”

Former Jet.com product managers Elizabeth Shaffer and Lizzy Brockhoff jumped on a similar opportunity when they introduced their referral app, Masse, in November to combat #sponcon and fake reviews in favor of authentic product recommendations and referrals. At the time, Shaffer said, “There’s an anti-influencer wave happening, where someone is being paid to promote something. [Masse] takes the guesswork out of who to trust and how.”

However, Storr’s point of differentiation is that it is redistributing the cut of sales that influencers or friends and family receive from brands. Senn said ambassadors could better use their image to promote their own stores with merchandised product and did not need to strike financial agreements with brands to do so. Instead, Storr gives sellers a 15-30 percent commission of sales for promoting their stores, which is less common in influencer arrangements — there is still no standardization within that economy and most brands do not offer a share of sales. Storr takes a smaller cut, itself: 5-10 percent. (The participating brands receive the rest.)

“It’s a rare win-win-win situation,” said Crown. “The person selling is earning money from conversion, the person buying is having more connected and humanized shopping experience, and the brand is then empowered about the data we are collecting from our sellers and shoppers.” By 2020, Storr expects to have 5 million users on its platform and to create $2.5 billion in sales. For sellers, that means $445 million in revenue and $1.8 billion for participating brands.

Storr features a bevy of fashion and lifestyle brands, including digital-centric and fast-beauty player Winky Lux, PYT Beauty, which is known for its hypoallergenic formulations and clean ingredients, and Japanese-inspired brand Magicstripes. “These brands understand that, yes, you can have a celebrity post, but if a real fan, who really loves the product, posts about it, there is more conversion and more authenticity,” said Crown.

She hopes that Storr will eventually have a Glossier-like feel. “They’ve set the model of what community influence means, and a lot of brands and retailers are trying to replicate that,” she said.

Storr plans to grow the number of beauty and wellness brands featured in its marketplace, and it is taking a similar approach to the fashion and lifestyle categories. “We are really interested in the emerging and direct-to-consumer players; we think they have more opportunity than the legacy companies,” said Crown.

“Storr is as much about authentic relationships as it is about democratization about who gets to be a retailer,” added Senn. “It’s about time that the ambassador actually gets to be in control.”