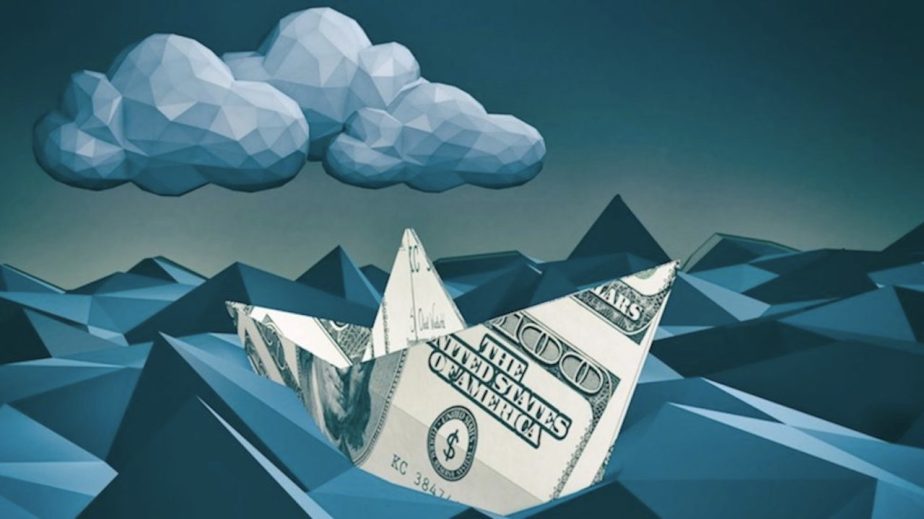 Levi Strauss is going public for the second time, as the environment for wholesale brands has changed dramatically since the last time it was listed on the New York Stock Exchange.

The 145-year-old denim brand announced in February that it was going public again, after taking the company private in 1985 in order to shield itself from the short-term pressures of Wall Street. On Monday, it filed its IPO prospectus, where the company shared that it made $285 million on revenue of $5.6 billion last year. It’s looking to raise as much as $587 million in a public offering.

The filing exemplifies many of the challenges faced by wholesale brands, such as store consolidation and increased competition from private label brands. Fifty-seven percent of Levi’s revenue last year came from wholesale channels, compared to 62 percent in 2015.

Here are the highlights of what Levi Strauss shared in its S-1, and what’s written between the lines.

Wholesale isn’t declining, but it’s getting more complicated.
What they said: “Despite recent challenges to chain retailers and department stores, primarily in the United States, net revenues from our top ten wholesale customers globally increased 8 percent year-over-year in fiscal year 2018. We are also expanding our wholesale relationships, with a focus in the United States on growing premium accounts such as Nordstrom and Bloomingdale’s. We are also growing our core business through wholesale e-commerce sites, including Amazon, where we have expanded our core product offering and established a Levi’s-branded storefront that offers consumers a curated experience similar to the one they enjoy when they visit our company-operated e-commerce sites.”

Translation: It’s not all bad news in the wholesale department. Higher-end department stores like Nordstrom and Bloomingdale’s are still proving to be valuable partners. But one of the most important channels for today’s wholesale retailers is Amazon — given that Amazon isn’t going to use in-store signage to promote certain brands like the wholesale retailers of years past, brands like Levi’s have to invest in creating an easy-to-navigate, clearly branded storefront on Amazon.

Direct sales require a down payment.
What they said:“Over the last two years, we have significantly increased the level of marketing support for our brands. We also maintain a leading presence at significant cultural events around the world such as music festivals and sporting events, which have put the Levi’s brand back at the center of culture.”

Translation: Levi’s is spending more on advertising and marketing in order to increase its direct sales, specifically on television, digital, and influencer marketing. Levi’s said that it spent 23.8 percent more on advertising and promotions during fiscal year 2018 than it did the prior year, while sales through its DTC channels increased 18 percent during that same time period. (Levi’s considers sales from its own stores, its shops-within-shops, and its own e-commerce site as DTC sales). But Levi’s is going to need to see a better return on investment in the future — if its increases in advertising are going to continue to outweigh its increase in DTC sales, it calls into question just how wisely its spending those advertising dollars.

Retail stores need rethinking, too.
What they said:“We are also leading the way in customization and personalization, areas that we believe are increasingly important to today’s consumers. We developed an experiential in-store Tailor Shop concept in which, in select stores, consumers can alter or customize their own jeans and trucker jackets by adding personalized stitching and patches. We now include these Tailor Shops in select stores across the world, providing an added reason for an in-person visit. Several of our stores also include Print Bars where consumers can design and print personalized T-shirts on the spot.”

Translation: There are a few ways that brands can encourage shoppers to still visit their stores at a time when the temptation to buy everything online is strong. One is to add the ability to pickup online orders in store, another is to host more in-store events. Levi’s is also trying to lure more customers in store by adding the types of personalized services that can be found on sites like Etsy, betting that for some shoppers, it’s more convenient for them to dictate what they want in-person and the novelty will be an added draw. For brands whose majority of revenue still comes from wholesale, like Levi’s as well as Nike, focus and investment is being paid to turn stores into an attraction, rather than just another retail outlet.

Retail private labels are being met with a product-tiering strategy.
What they said: “We are targeting value-conscious consumers through our Signature by Levi Strauss & Co. and Denizen brands, which are sold through wholesale accounts. We continue to grow our business with accounts such as Walmart and Target by expanding our offering within existing doors and leveraging our relationships with these retailers to launch our value brands in international markets.” Levi’s also calls out the “the proliferation of private labels and exclusive brands offered by department stores, chain stores and mass channel retailers,”

Translation:Levi’s strategy here is two-fold. On one hand, it’s trying to deepen its relationships with Walmart and Target at a time when both retailers are investing more into their own private labels, by offering them competitively priced products in a category that’s not super easy to rip off, denim. It’s also smart product tiering — targeting its value brand at wholesale retailers as it emphasizes more premium product on its direct site and stores.

Translation: Call it the Nike effect: Brands now know that they will eventually be called to take a position on a social issue that could alienate some customers in the short-term, but will build a stronger relationship with their core customers in the long-term. To Levi’s the most important thing to know about social media is how quickly it can amplify news. Today’s brands need to be prepared to respond quickly to changing social media sentiments. Levi’s in particular has been outspoken on climate change, citing it as a risk factor in its S-1, and releasing a “climate action strategy” last year where it pledged to reduce greenhouse emissions in its owned-and-operated facilities by 90 percent by 2025. The company’s also come out in support of gun control, and asked customers not to bring firearms into stores, even in states where it’s legal.