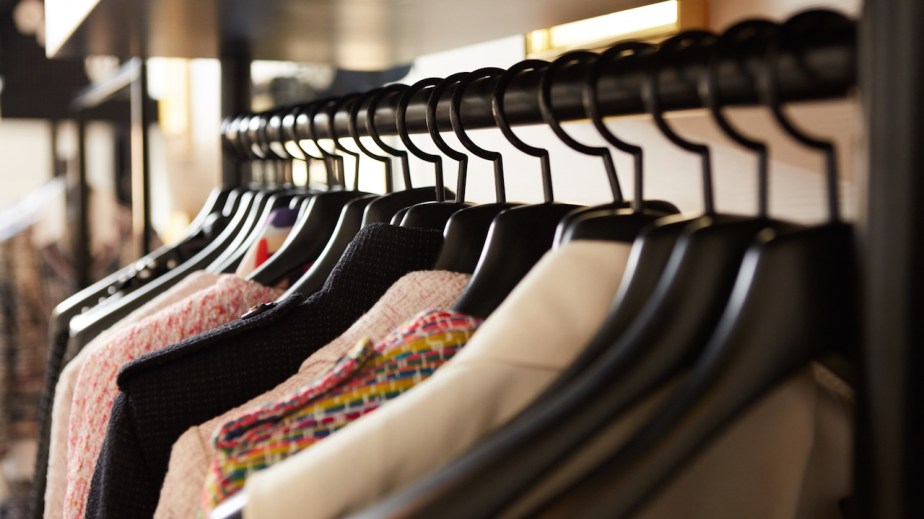 As non-essential stores around the country begin to re-open in the wake of closures, off-price giants like TJ Maxx are already seeing shoppers return in droves.

At first, these retailers may seem like the least likely candidates to emerge from the pandemic in fighting shape: Since March, they’ve been forced to temporarily shutter thousands of stores, e-commerce accounts for little if any of their revenue, and their “treasure hunt”-style shopping experience hinges on consumers feeling comfortable rifling through racks and picking items off crowded shelves.

And yet, on a May 21 earnings call, TJX Cos. CEO Ernie Herrman said that the company, which owns TJ Maxx, Marshalls, and HomeGoods, has seen very strong demand at its more than 1,100 stores that have been open at least a week.

Despite new social distancing protocols — and polls showing most Americans remain concerned about governments lifting restrictions too quickly — sales at TJX’s newly reopened locations have been higher than in the same period last year.

After weeks or months of sheltering in place, shoppers, it seems, are eager for good deals. And thanks to a confluence of factors stemming from the current crisis, they’ll likely find even better ones than usual right now, analysts say.

Months worth of inventory has skipped straight to the clearance section
While TJX and Ross Stores stopped placing new orders from vendors in March as they closed stores, with no e-commerce, they haven’t been able to sell through what they had on hand.

TJX halted even online sales in mid-March. Ross Stores, which temporarily closed all of its 1,832 locations on March 20, doesn’t sell online. “They have inventory that was essentially trapped there for a couple of months and now they need to move it out,” said Jefferies analyst Janine Stichter.

To do so, they’re aggressively slashing prices on “seasonally oriented” merchandise right out of the gate, Hermann said — even if it means styles go from sitting in a distribution center for two moths to a clearance rack.

How soon off-price merchants start buying again will depend on how fast this inventory moves, Ross Stores CEO Barbara Rentler said on the company’s earnings call on May 21.

“After we understand a little bit more about what sales and sell-throughs can look like, we will go back into the market, I would say, with a very surgical lens of what it is we need,” she said, calling the coming months a “huge liquidation period across the whole country.”

An industry-wide surplus means ‘incredible availability’ for off-price
Retail sales fell a record 16.4% from March to April, according to the Census Bureau, and clothing stores bore the brunt of it with a 78.8% decline.

With consumer spending on nonessentials down and many stores still closed, the industry is facing an unprecedented oversupply of goods.

According to a survey of more than 2,000 retailers in late March by online wholesale platform NuOrder, 63% hoped to cancel at least some orders they’d placed for products that had yet to arrive. Since then, reports have emerged of retailers from department stores to fast-fashion giants cutting spring and summer orders, leaving brands and manufacturers holding excess inventory they’ve already paid to produce and market.

In need of cash — even if it means taking markdowns — many of these vendors are courting off-price retailers as an alternative channel.

“The marketplace is loaded with inventory, and I am convinced that we will have access to plenty of high-quality branded merchandise to offer consumers in the categories they want when they shop us,” said Herrman, pointing to “incredible availability” already in the market.

Shoppers will likely have to wait until the fall to start seeing this merchandise in their local Ross or Marshalls store, however, said Stichter.

“Once we see these [off-price] companies really get clear of the goods they need to move through, which will be happening over the next couple of months, they’re probably going to start pretty aggressively taking advantage of some of the inventory that’s coming up from a lot of the brands that also have too much,” she said.

Department stores are shrinking, but (so far) not liquidating
Retail experts have long said that the U.S. is overstored, but the coronavirus crisis is accelerating what may have already been inevitable. Nordstrom announced on May 8 that it will permanently close 16 of its department stores and Macy’s said in February that it would shutter 125 locations in 2020.

The expected cascade of retail bankruptcies is also well underway, with Neiman Marcus, JC Penney, J.Crew, and rural department store chain Stage Stores among the casualties. So far, though, none of these companies have announced going-out-of-business sales — which is good news for off-price retailers.

“If there are liquidation sales, that steals some of their bread and butter,” said Simeon Siegel, managing director at BMO Capital Markets.

If, by contrast, these companies restructure and negotiate with their vendors, retailers like TJX have the opportunity to scoop up the excess supply.

Off-price’s limited e-commerce presence — while a disadvantage in the short-term — also means brands are often more willing to work with them, as there’s less concern about brand dilution.

“I firmly believe that off-price wins because they don’t have online, not in spite of it,” said Siegel. “In a world where department store distribution shrinks, large vendors and brands need to find a new outlet… and the more people can see a brand’s products on sale, the less the brand is worth. Off-price doesn’t let you do that.”