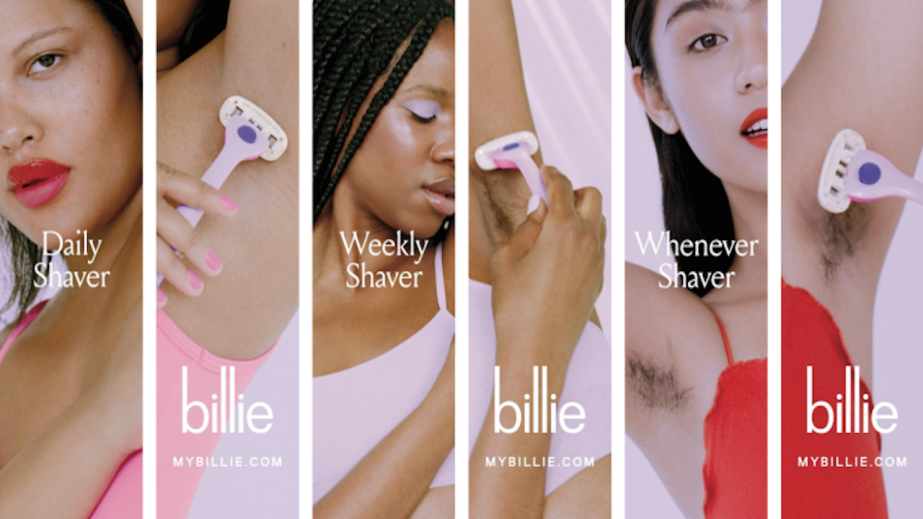 When Procter & Gamble announced its acquisition of Billie late last week, it seemed like an obvious and, perhaps, final chapter in the CPG race to scoop up DTC razor brands.

Two of its biggest competitors in the personal care category had already placed their bets: Unilever with Dollar Shave Club for $1 billion in 2016 and Edgewell with Harry’s last year for $1.37 billion. Moreover, P&G’s grooming segment, made up of Gillette and Venus, has continued to lose its footing. In the latest quarter, the segment was down by 2% to $1.53 billion.

The swap of wholesale distribution opportunities and digital learnings is common sense for the two firms. But the bigger play for P&G and Billie is engaging with millennial and Gen-Z women, and connecting the dots from personal care to beauty. Since offloading 43 of its beauty brands to Coty in 2016, P&G hasn’t had a brand that could so clearly marry the segments together in a zeitgeist-y way. The definition of beauty and the way customers view that category has changed. Case in point: Sexual wellness products and natural deodorants have found their way into Ulta.

“Credibility and authenticity are going to be key for P&G. It’s a smart data and communication play, because a lot of CPG companies have had an interest in millennial and Gen-Z women and championing women’s rights with their brands, but conglomerates were hedging their bets. They were hoping they could start something like that within their own companies or make an existing brand speak to a new audience, but they’ve had a hard time doing it,” said Shelly Socol, evp and co-founder of digital agency 1R.

A recent example of this was when Venus oddly partnered with Vera Bradley for a design-centered Target exclusive last April. Other initiatives like Venus’s “My Skin, My Way,” which was a photoshop-free campaign, scratched the surface of what modern female customers want, but seemed more like a marketing exercise — much like Gillette’s backlash-riddled “The Best a Man Can Get” commercial.

Billie, meanwhile has gone far in the other direction, unabashedly promoting body hair and bunking prescriptive standards of beauty. This corresponds to larger cultural trends, as women between the ages of 18 and 34 are feeling less of a need to remove their body hair.

Because Billie came out of the gate as a standalone women’s concept, unlike Flamingo that was a spinoff from Harry’s, it has baked in trust. According to Rakuten Intelligence, it saw customer growth increase by 218% year-over-year as of December 2019 — the brand launched in late 2017. Billie also comprised 62 percent of buyers who bought from other DTC merchants: like,Cora, Flamingo, Lola and Thinx. And Billie’s shopper isn’t one who prefers other female brands, like Venus, but rather Dollar Shave Club. Seventy-two percent of these customers’ online shaving dollars went to the Unilever-owned brand prior to buying Billie products.

Dollar Shave Club has kept its digital roots and has spawned out to other categories like fragrance, deodorant and even butt wipes, which P&G could easily mimic with Billie – as long as the conglomerate’s doesn’t lose site of the brand’s indie spirit.

Billie co-founder Georgina Gooley wouldn’t reveal exact plans just yet, only saying, “When we started Billie, we wanted to build a company that would meet the body care needs of women in the U.S. and around the world.”

What Gooley insinuates at that “body care” could mean anything. Whether that extends to shampoo, makeup, feminine wipes, tampons or any product DTC-businesses are hellbent on disrupting, Bille’s got the customer in her hand and could segue seamlessly. — Priya Rao, executive editor

Inside Cocokind’s customer-focused “all-hands meeting”
On Sunday, Priscilla Tsai, CEO and founder of skin care brand Cocokind, borrowed a practice from her days at J.P. Morgan as an equity research analyst: She hosted a stakeholder call, but with customers in mind. After promoting the call on Cocokind.com, social media and via its email newsletter base, the beauty brand invited about 200,000 customers to ask questions of Tsai and, in turn, hear insights about the brand.

“Cocokind is different from the standard company in both its product and type of relationship with its customers. There is an element of a team, and people [want to see] our journey as a business; it goes beyond just product,” said Tsai.

More than 800 customers signed up for the all-hands call, and over 100 questions were asked in advance of the call, with topics as wide-ranging as expectations for an SPF product or a customer loyalty program. Tsai walked the listeners though retail plans (including adding more product to Target doors), the reformulation of its matcha face moisturizer, the impact of negative reviews on employees and Cocokind’s hiring strategy.

“We want to give shoppers the full confidence that they know what they are buying,” said Tsai, who explained she did not share financials on the call. — Priya Rao