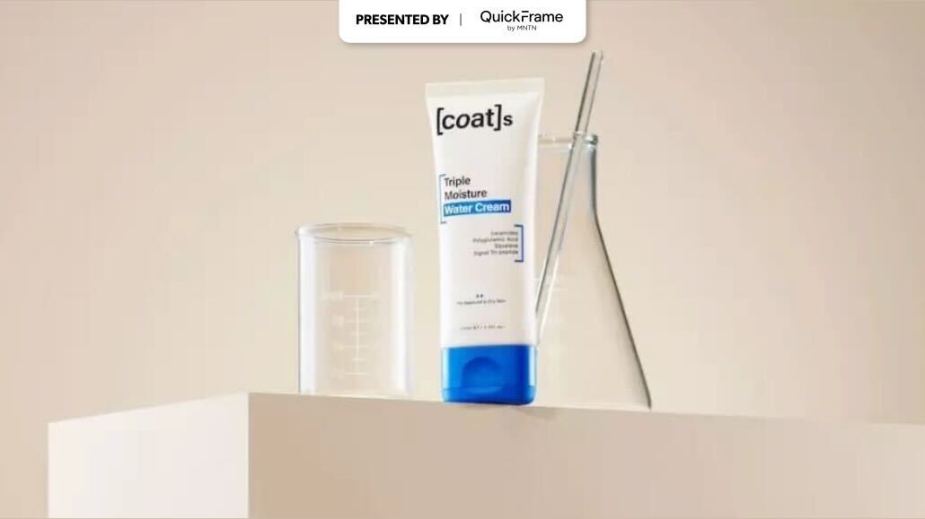 The new brand, called Coats, soft-launched in the U.K. in October and will debut in the U.S. market in January. Coats was formed on the basis that younger consumers want clinically-backed brands, yet are disrupting their skin barriers with harsh products such as exfoliating acids and retinol. Coats’ lineup of three products includes a cleanser, a toner and a moisturizer retailing for $23-$29 each. The choice to first launch on TikTok was driven by the fact that the social platform has become a key part of brand discovery and is where Coats’ young consumer target is most active, according to Hind Sebti, Waldencast co-founder and COO.Coats does not have a DTC e-commerce site and is only available for purchase through Amazon U.K.

“The business model to reach this target audience is not to be exclusive [to TikTok], but to start on Tiktok and give [Gen Z] the right kind of information in the way that they want to be spoken to,” said Sebti.

Starting in October, Coats gifted products to approximately 1,000 unpaid influencers asking them to review their products. There were no review parameters required, Sebti said. The brand worked with TikTok to create a special feature that looks like a sticker and allows people to rate the brand up to five stars and display it in their videos. The long-term plan from Coats is to take these TikTok videos and embed them into the product pages of the Coats DTC e-commerce site, serving as testimonials.

This is not the first time that Waldencast has launched a brand first on social media, but it is the first time that it’s launched solely on TikTok. In Nov. 2021, Waldencast launched a hair-care brand called Glaze in the U.K., selling it through TikTok, its DTC e-commerce site and U.K. retailer Superdrug. Six months later, it expanded to Instagram and YouTube. Coats will launch a DTC website in the first quarter of 2023. It will also become more active on additional social channels – presently, an Instagram account exists for the brand but is not active. Sebti declined to share financial figures around Coats’ sales expectations and launch investments.

“This is a way to launch the brand in a consumer-centric way and be where these consumers are, [according to] how they want to engage with and try and buy these products,” said Michel Brousset, founder and CEO of Waldencast. “This [strategy] allows us to have a lean and focused organization built against creating the best product possible and the best kind of experience for the consumer.”

TikTok has also piloted in-app shopping in the U.K., which is now rolling out in the U.S. market. Coats is not currently available to purchase on TikTok, though both that feature and live selling are of “high interest” to Waldencast, Sebti said. TikTok has been aggressive in its attempt to turn the social platform into a one-stop-shop for content creation and consumption, and product buying and selling. According to MarketWatch, TikTok is inventing new ways to track and target its user base to get people to buy products, including by “siphoning data from more than half a million websites … turning your shopping habits on those sites into purchasing potential on its own.” Coats will be sold via Amazon in the U.S., as well, starting in January.

“This brand builds on the simplification of skin care and unfiltered consumer feedback,” said Sebti. “The most important thing we do is consumer centricity.”