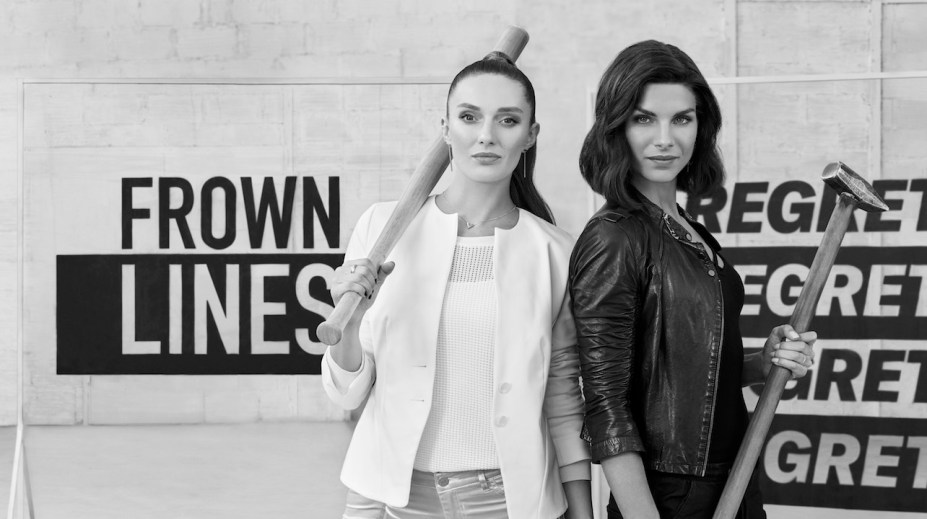 The competition in the medical aesthetics market continues to heat up.

Thanks to sometimes cheaper and longer-lasting solutions from rival anti-wrinkle treatments, including Merz’s Xeomin and Evolus’s Jeauveau, Botox owner Allergan’s dominance in the space has dwindled. In June, Allergan was acquired by pharmaceuticals company AbbVie for $63 billion.

For its part, pharmaceuticals company Merz has recognized that now is the time to pounce. On Tuesday, Merz announced the restructuring of its pharmaceutical business into three sectors — medical aesthetics, therapeutics and consumer care — to be more singularly focused on the beauty client. Merz’s global team will relocate from Frankfurt to Raleigh, North Carolina to be fully operational in the U.S. by January. This is to align the conglomerate better with the U.S. consumer — the U.S. is the biggest and fastest-growing aesthetics market in the world. Leading the global medical aesthetics team is new CEO Bob Rhatigan, who previously served as CEO of Merz Americas.

Botox has the most recognizable brand name in the segment and owns a 70% market share. However, Rhatigan said he is after female clients that no longer feel stigmatized by anti-wrinkle and filler treatments. Merz would not share annual revenue, but across its segments, the company saw 17% year-over-year revenue growth.

In his first interview as global CEO, Rhatigan shares with Glossy his outlook for Merz Aesthetics.

What was the impetus for Merz’s changes operationally, and how will this affect business as usual?
Merz is a 111-year-old, family-owned company, and we had been operating with three businesses: medical aesthetics, therapeutics (now its own company subset called Merz Therapeutics), and a consumer care business (now Merz Consumer Care), which is very centered in Germany specifically. We’ve come to realize that’s not an efficient way [to run], because we’ve hit scale in all three of those businesses, and we recognize there is zero customer overlap between the medical aesthetics, therapeutics and consumer care customer.

How will Merz’s new strategy of putting medical aesthetics at its core propel growth?
Everyone else that participates in the space — well, the other two large competitors [Allergan and Galderma] — have businesses well outside of medical aesthetics. We would now be a pure-play, singular focused entity. We’d have a fully dedicated R&D organization and functional organization across the globe that are oriented on meeting the needs of our aesthetic customer base — a dedicated aesthetics R&D organization and dedicated medical affairs is a big point of differentiation. From a customer standpoint, it’s going to be valuable, because we will effectively be able to transition and leverage the best practices that are seen in any given market. Practices in early indicator markets, like Brazil and Korea, will quickly be transported.

From a trend perspective, what is it that you want to double down on?
Non-surgical alternatives are definitely the draw. The product-level focus continues to be most largely centered on injectables, primarily neurotoxins and dermal fillers, and they are the majority of the market today. There is less guilt or shame than was the case when I got into this business about 20 years ago. Also, people are preferring what are more subtle changes — tweakments instead of treatments, providing a natural look, versus a really radical, overdone, frozen face look. Younger women have adopted a principal where they would rather prevent getting the wrinkles or other conditions that they’ve seen their mother deal with as they’ve aged.

Are you seeing your client base skew toward millennials or Gen-Zers, as it has for Allergan?
We’re definitely seeing a continued migration down. In the Asia Pacific right now, the patient base there is actually now predominantly in their 30s, some early 40s, but the 30s is the sweet spot, versus being in the mid-40s range in North America and the European markets. In between those markets is Latin America.

How has this change impacted your marketing?
The market responded extremely well to our “Later Haters” campaign for Xeomin last year, because it was effectively saying, “Don’t worry about anybody judging you or suggesting you should be guilty about taking care of yourself.” Xeomin is fundamentally part of the self-care routine, and [clients] should embrace it just like getting their hair done or nails done. We paired up with a celebrity ambassador, Christie Brinkley, and she’s very much into clean eating and a healthy lifestyle. The reason she had been using Xeomin instead of Botox, which is the more popular and recognized name, is because Xeomin does not have the complex or unnecessary proteins that are in the other product. You’re not injecting any proteins in your body that don’t have a clinical effect. It has been a big and important message for the younger demographic, who’s very much focused on the same issues.

What’s your take on the fast and seemingly convenient aesthetics bars that are popping up; will that be a new focus area for Merz Aesthetics?
It’s definitely a fast-growing area. Medi-spas were kind of pre-cursor, and now [that trend has] moved to beauty bars, which is a retail mall-based environment. We’re seeing that as a great opportunity to bring patients in who would not go see a dermatologist or a plastic surgeon. It’s a little less spooky for some women, so it’s beneficial. The important thing, though, is to make sure that these are qualified practitioners delivering treatments. As a consumer, that’s where they really need to do their research if they’re going to pursue treatment through that kind of outlet.