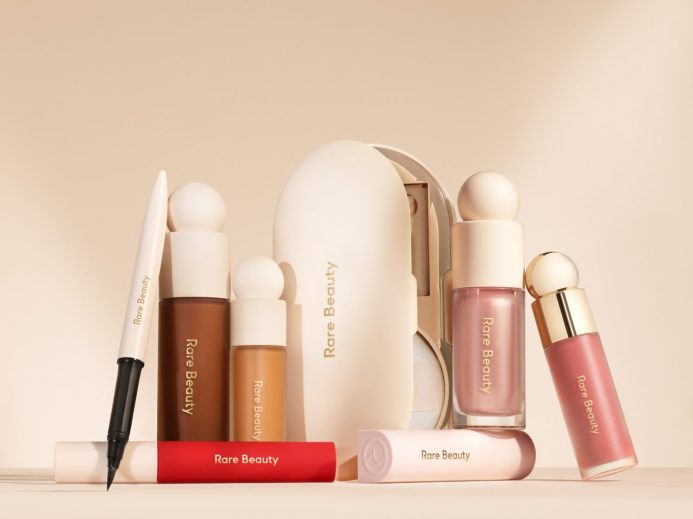 There is no stopping the celebrity brand launch

Another week, another opportunity for celebrities to take a share of the beauty pie.

On Tuesday, Morphe announced its collaboration with singer-songwriter Madison Beer on an 11-piece line simply called the “Madison Beer Collection.” It will be available on September 15 on Morphe.com and in the company’s standalone stores. Morphe has has been fast and furious with its innovation plans: Beyond moving from color cosmetics to pandemic-proof categories like skin care and hair care, it has centered its focus on Gen-Z. Morphe’s partnership with Beer is proof of that, as is its sub-brand, Morphe 2, created with TikTok stars Charli and Dixie D’Amelio.

But Morphe isn’t the only brand using Gen-Z celebrities and tastemakers as a vehicle to attract younger beauty shoppers. Last week, model and fashion designer Kimora Lee Simmons debuted Gen Z-focused Baby Phat Beauty with brand incubator HatchBeauty Brands. It was created in collaboration with her daughters, Ming Lee and Aoki Lee, who are 20- and 18-years-old, respectively. But, of course, the biggest brand news of the week was the launch of Selena Gomez’s Rare Beauty, that launched DTC and with Sephora on Thursday. Though celebrity-led beauty brands are nothing new, the model is changing and so is the rapid focus on this up-and-coming generation.

TikTok beauty brand launches, in the case of the D’Amelios’ projects and Addison Rae’s Item Beauty, put the pressure on OG beauty celebrities like Patrick Starrr, who just launched his brand in July after vlogging since 2013, and YouTube influencer Jackie Aina. Former reality-star Lauren Conrad said as much when she told my colleague Liz Flora that “launching before Instagram was pretty straightforward,” with a limited number of media outlets to reach out to. For what it’s worth, celebrities, who gained a cultural foothold pre-Instagram’s launch in 2010, like Kesha, have yet to parlay their celebrity into beauty success. Little has been heard about Kesha Rose Beauty, made in collaboration with brand incubator HipDot, since its launch in November.

“Ten years ago celebrities didn’t have the opportunity to meaningfully cultivate a community with their fans in a direct way. Now they can, and they can immediately bring that community to the brand,” said Conor Begley, co-founder at Tribe Dynamics. “If a large celebrity [is] meaningfully involved in brand creation — and not just a face — it will lend credibility in the eyes of new consumers who have an awareness of the celebrity. If it looks simply like a cash grab, where they are the face of the brand, it is significantly less likely to be successful.”

In the case of Beer, Tribe Dynamics’ data shows that the musician has never posted about Morphe before.

Gomez’s Rare Beauty is a different kind of celebrity animal, with access, self-acceptance and mental health at its core.

“Too many people feel trapped by unrealistic expectations of beauty that are impossible to achieve nowadays. Rare Beauty is about celebrating who you are and what makes you different. We want makeup to shape positive conversations around beauty, self-acceptance and mental health,” said Katie Welch, Rare Beauty CMO. “Not only do we want everyone to feel good about themselves, we want to help them feel more authentically connected to one another. Rare Beauty’s mission, stemming from Selena’s early vision for the brand, is to help everyone celebrate their individuality by redefining what beautiful means. We strive to promote self-acceptance and give people the tools they need to feel less alone in the world.”

Gomez, herself, has been public about her bipolar disorder diagnosis since April and open about her mental health since at least 2013. She was also the most followed woman on Instagram until just last year. Rare Beauty debuted alongside the The Rare Impact Fund, which plans to raise $100 million over the next 10 years to help address gaps in mental health services for underserved communities. One percent of all product sales, including those made through Sephora stores and on Sephora.com, as well as funds raised from partners will be dedicated to The Rare Impact Fund.

Unlike previous generations, Gen Z is radically inclusive and wants the brands they purchase from to be, as well. According to a 2018 McKinsey and Company report, these “consumers increasingly expect brands to ‘take a stand.’ The point is not to have a politically correct position on a broad range of topics. It is to choose the specific topics (or causes) that make sense for a brand and its consumers, and to have something clear to say about those particular issues.”

With Baby Phat Beauty, the Simmons family is emphasizing that its founders are women of color. Still, Rare Beauty seems to be going above and beyond what is standard, in terms of the buzzy brand values of transparency and authenticity. According to Welch, throughout the pandemic the brand has been engaging in “Rare Chats,” where Gomez, Welch and their team host virtual meetings and talk with over 100 community members. Gomez also met with 10,000-plus Sephora Beauty Advisors via virtual trainings and filmed a library of branded tutorials for the launch. This kind of celebrity access is typically unprecedented. But it is, perhaps, what Gen Z will expect of its guard of founders — celebrity or not.

“Brand alignment and authenticity are where we have seen previous celebrity brands go off course. If the celebrity has been an active part of the beauty community in the past by actively talking about their routines and interest in makeup and skin care, the sky is the limit for the success of the brand,” said Begley.

Welch said Rare Beauty will be releasing a regular content series on its social channels of Gomez doing makeup tutorials. To let the Rare Beauty community also lead its conversation, the brand sent 48 community members 48 primers, foundations and concealers, plus a ring light to shoot selfies on their iPhones for its first campaign. “We received 48 beautiful images that show off our shades, all without a professional makeup artist, photographer or lighting,” she said.

But there are celebrities that we can expect not to target Gen Z and still make a dent in beauty sales. Victoria Beckham recently launched her namesake beauty line in China, where husband David Beckham’s line House 99 already has dominance. And then there is Jennifer Lopez, who recently announced on Instagram that she is moving from the beauty licensing game (she debuted her 25th fragrance, Promise, last September) to her own full-fledged brand.

“A great example of a ‘Hollywood celebrity’ is Jennifer Lopez,” Alison Bringé, Launchmetrics chief marketing officer, previously told me. Leveraged at Milan Fashion Week with Versace in 2019, she drove an accumulated media impact value [MIV] of $31.8 million. But 68% was driven by the media, and only 11% came from influencers — most of the focus was on Lopez, herself. Around the same time, Rihanna saw $53.6 million in MIV, and nearly 56% of buzz was generated by five influencers sharing their love for Fenty Beauty.

This goes to show that even celebrities need community and influencers to drive awareness in beauty today. Even if Lopez’s target isn’t Gen Z, she’ll need her fans and friends to drive (increasingly digital) beauty sales.