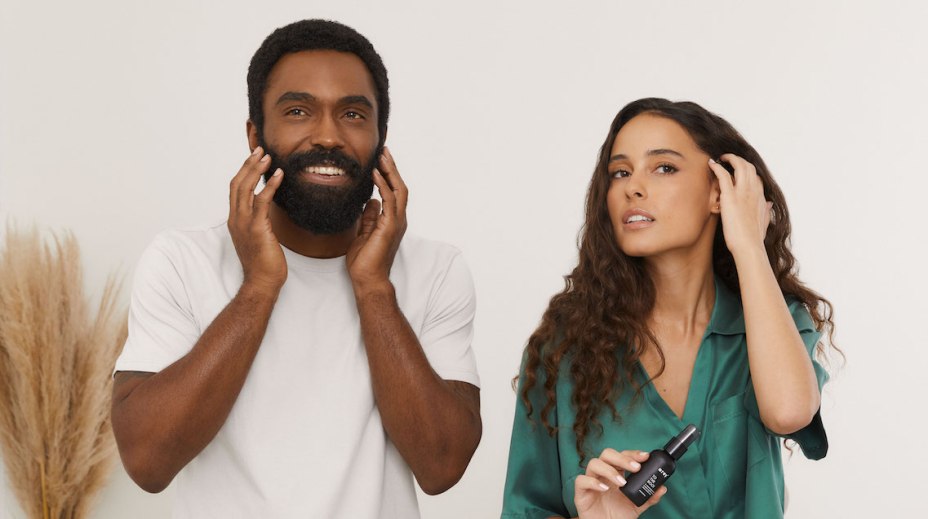 Hair care has been ripe for innovation since 2020, and the latest sub-category to receive attention is gray hair.

While it may seem like woo-woo wellness to reverse or prevent gray hair, studies have shown an association between non-genetic factors like oxidative stress and emotional stress and premature gray hair. In fact, tales of developing a complete head of gray or white hair overnight in response to traumatic events have existed for centuries. And multiple brands and products like indie brands Vegamour and Arey have expanded or are dedicated to anti-gray hair products. Furthermore, hair-care brands like Mayraki, Phyto and Hey Hair cater to repigmentation. Globally, between 6-23% of people will show at least 50% gray hair coverage at age 50.

Arey launched in March 2021 with a supplement called Not Today, Grey. Not Today, Grey features a mix of vitamins like Vitamin D, B6 and B12, Copper, Biotin, and a patent-pending blend of para-aminobenzoic acid, black sesame seed extract and fo-ti root. Arey sells six products, including a shampoo and conditioner. Its capsules sell for $40 for 60 capsules, which is a month’s supply, or $34 on a subscription. Arey has 5,500 subscribers, according to Allison Conrad, co-founder of Arey. Arey launches this month in Canada, followed by international markets like the U.K. and Australia in Jan. 2023. The target customer for Arey are people experiencing the early onset of gray hair — there is a 50-50 split between men and women. However, Arey wants to establish itself as a preventative brand rather than a reactionary one.

“We want to be the wrinkle cream of hair care, where we are there before gray has become too overwhelming, because then you’re trying to fight an uphill battle,” said Jay Small, co-founder of Arey. “So much of hair care has been reactive. Healthy hair comes from your scalp, so it’s an education on preventative hair care instead of a recommendation for using [a certain product] after the fact.”

Turning the conversation around gray hair into one about prevention is reminiscent of other categories like hair loss, neuromodulators like Botox and SPF, when it rebranded itself as an anti-aging product. To an extent, the skinification of hair can be credited with this newfound approach since anti-aging skin care is especially focused on prevention. In the case of Vegamour, which launched in 2016 as a hair loss brand before expanding to repigmentation in June, this falls under its “prejuvenation” concept.

Dubbed Gro Ageless, Vegamour sells two repigmentation products — a serum and a supplement selling for $78 each a la carte or $68 a month via its DTC e-commerce subscription. The two products are also sold on Sephora.com. Similarly to Arey, supplement ingredients include copper, Para-Amino-Benzoic Acid and various B vitamins.

Vegamour received $80 million in minority stake funding from private equity juggernaut General Atlantic in April. According to Glossy reporting at the time, Vegamour was on track to earn $90 million in 2021, with 51% of its sales coming through subscriptions. Hodgdon said 45% of customers are women ages 18-34, and 55% are 35-years-old and above.

In the case of Arey, the brand tries to educate customers on the inner-outer aspects of health and wellness and how lifestyle habits and emotional well-being can manifest themselves physically in the form of unhealthy or gray hair. There is a distinctly growing relationship between the beauty industry and mental health beyond corporate social responsibility, as evidenced by the cozy relationship between self-care and beauty habits.

“Going gray is a huge market. When you create a category, it’s hard because people are [questioning] if this is a thing. But it’s a much bigger demographic than hair loss,” said Conrad.