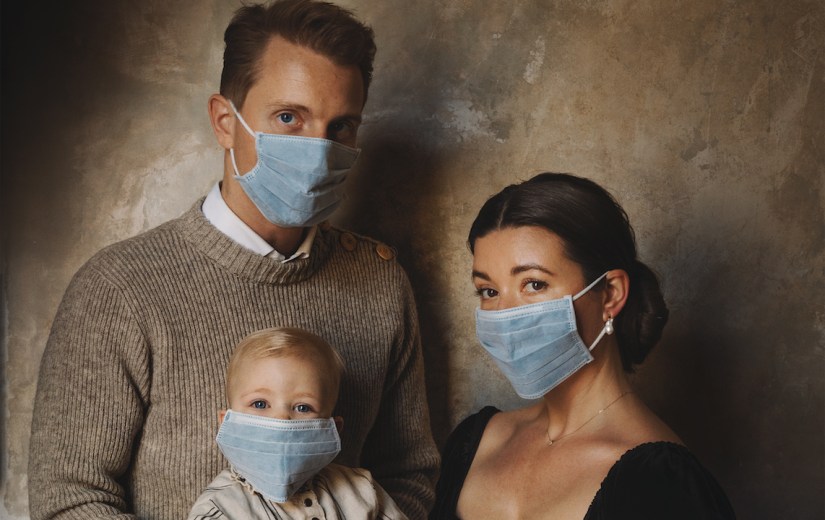 The new rules of influencer marketing: ‘It’s harder than ever to get things right’

When coronavirus started to take shape as a global pandemic, influencers’ responses to the outbreak were well-documented as more eyeballs were glued to Instagram , TikTok and Facebook than ever before. As Something Navy’s Arielle Charnas and lifestyle influencer Naomi Davis, better known as Taza, were criticized for privileged posts that highlighted access to tests (Charnas) and ignoring public health guidelines (both), other content creators have taken a more nuanced approach to their digital existence.

“France is a war country. They had two world wars, and they know what it’s like to live without money or without food, so they don’t fuck around,” said Jamie Beck, a photographer, artist and fashion influencer, who moved to Provence from New York four years ago. “In February, I went to a nearby village to ship some prints to New York, and someone I work with on shipments, was like, ‘Coronovirus is in France, and the government is not telling us this. You need to stock your pantry and fill your gas tank, and don’t go anywhere.’ This was before it was a public thing.”

At the time, Beck was still booked to shoot a commercial photography job in New York and Los Angeles; the job was eventually called off. She recognized that she was going to be left without a way to create income, since she couldn’t do much of her work in real life. Beck said that she has more than $100,000 worth of fine art prints that she can’t sell because of the pandemic; still, she has not turned to posts or content that feel insensitive or don’t speak to the times.

While Beck’s approach seems obvious, it hasn’t been as clear to other influencers or brands in the space. As influencers and beauty, wellness and fashion companies come to terms with the lasting impact of coronavirus, they need to take a more realistic view of the art of influencing.

Acknowledge the new normal
Beck understood that her followers and fans look to her for inspiration, but also authenticity. Thus, she started a daily “Isolation Creation” poster series that documents life and work at home in France. (At the time of this interview, Beck had just completed her Day 40 photo.) Beck had never sold posters before.

“I wasn’t going to launch my own store and then sell $3,000 prints,” she said. “In a moment where everyone is losing their jobs — I’m losing my job — it’s a horrible thing to push any thing expensive and out of touch.”

Instead, Beck’s “Isolation Creation” series sells for $50 a poster and 10% of all proceeds go toward the Foundation for Contemporary Arts COVID-19 Relief Fund. Moreover, she pivoted her Instagram partnership posts to those that focus on small, female-backed businesses. “If you want to buy something, great. If you don’t, that’s OK, too,” she said. “But if I’m going to be a apart of something right now, it has to speak to a bigger picture.”

Style influencer Brittany Xavier has taken a similar approach. “I made sure to only take pictures at home or in my backyard. If it was a throwback photo, [I made] sure the messaging [with that was], ‘This is an old picture.’ I’ve held off on posting any designer pieces, because I polled my audience and so many had lost their jobs or were worried of losing [them]. I wanted to be sensitive to that. Highly editorial photos don’t make sense for me, just yet — although I love creating photos like that.”

Lifestyle content wins out over product launch messaging
As unemployment claims continue to ballon and the reality of an impending economic recession swirls, brands need to recognize that they could come under fire for engaging in influencer campaigns that are too product-centric. It doesn’t “seem appropriate to discuss a new product launch,” said Xavier. Instead, influencers who toe the line from solely beauty or fashion into lifestyle content are better suited to ride out the pandemic.

James Nord, founder and CEO of influencer marketing firm Fohr, said that the company pressed pause on 90% of its planned campaigns and sponsored posts in mid-March and has slowly begun ramping up regular operations.

Only Fohr’s partnership with #SephoraSquad, Sephora’s second incubated influencer program, is still mid-flight — the idea being that it makes sense for Sephora to discover and incubate new talent right now.

For Xavier, she said she has posted more public health guidelines “from respected news sources” and one of her highest viewed videos on TikTok, thus far, has been one on making a DIY cloth mask, sans sewing. It has 2.6 million views on TikTok and upon reposting the video on Instagram, it garnered another 1 million views.

Her life as a mom has also provided ample perspective. “Being a mom to my 13-year-old daughter, I’ve also been sharing how we’re dealing with online learning and what resources have helped me,” she said.

“Most of our clients are lifestyle because they can talk to more than one thing. They can be aspirational and provide a little bit of ease throughout this, whether that’s [through a post] about a Zoom makeup tutorial or [a post about] what books they are reading,” she said. “It feels real.”

Accept that escapism looks different now
Still influencers and brands shouldn’t accept a position of malaise or dread, or expect to be viewed as a news source, said Nord.

“No one person can hear the world is falling apart 24/7, but the idea of something too rooted in luxury or travel doesn’t make sense at all. Escapism looks different, and it’s about skin care, CBD and sweatpants. Sharing beauty tips and fashion tips in that vein feels right, but no one should really be talking about clothes for work or about fragrances. We’re not going out, so it’s about luxury in the home,” he said.

That’s how Xavier is approaching partnerships and content going forward. “I want to do my part as an influencer and a human experiencing this like so many others,” she said. “Truthfully, I’ve lost interest in accounts that aren’t balancing both aspirational and practical content, or sharing incorrect information.”

Beck feels similarly. “I don’t want to perpetuate a culture of stuff, which doesn’t feel right right now,” she said. “I have a voice and so I want to sway and influence in a good way.”