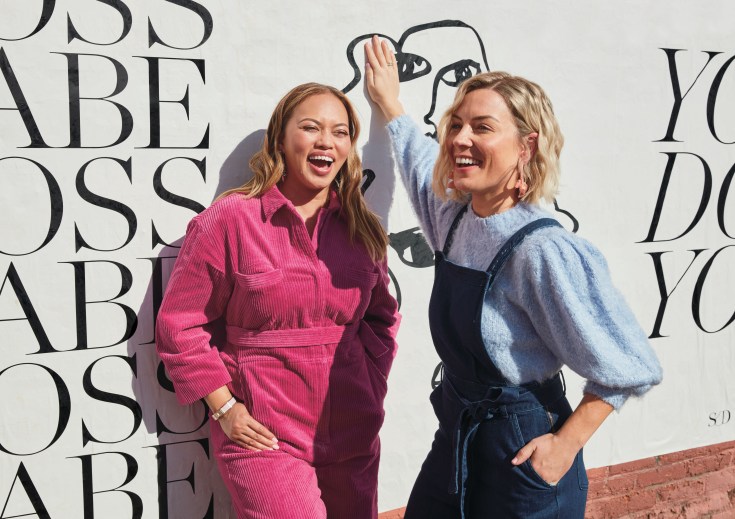 Stella & Dot wants to amplify its power of social selling.

On Jan. 3, the company announced changes to its existing representative base by allowing brand ambassadors to sell across its three direct sales offerings: beauty brand Ever, accessory line Keep Collective and its namesake fashion brand Stella & Dot. Prior to this change, Stella & Dot’s ambassadors signed up and sold for only one brand.

“Our brands are separate from a consumer perspective, but our true reason for being as a company is to empower the modern woman with the ultimate side gig, so she can untether from [work] hours that just don’t work for her,” said Jessica Herrin, Stella & Dot CEO and founder.

To facilitate more cross-brand selling activity across its existing 30,000-plus ambassadors and lure new ones, Stella & Dot has developed a new social retail styling app called Mimi. Representatives can create and share curated pages of shoppable products in a mood board-like setting that promotes beauty, fashion and accessories equally. Then, ambassadors are able to share direct links of these pages to customers through social media, email and text for a frictionless click-to-buy shopping experience.

“It’s like Pinterest had a baby with Polyvore and Shopify,” said Herrin. She said ambassadors’ boards could, for example, promote a custom skin-care routine or a total fashion and beauty look for an evening out.

Across its three brands, Stella & Dot ambassadors sign up for a $199 starter kit of products and materials and earn 20%-40% commission depending on quantity of sales and level of commitment. They are paid weekly and typically earn $100 to $1,000 a month or $1,200 to $200,900 annually, on average. To make itself more digitally savvy through Mimi and other tech tools, Stella & Dot spent more than $50 million over the course of the last year. The company declined to share annual revenue figures but said that it has paid out more than $500 million in commissions since its launch in 2004. Stella & Dot also recently aligned itself with Nordstrom in November to sell Stella & Dot and Keep Collective products in 26 brick-and-mortar retail locations and on Nordstrom.com.

Stella & Dot’s rejiggering comes at a time when social selling has consolidated across the market. In May, Natura & Co announced its plan to acquire Avon Products to leverage synergies across both companies. In the third-quarter results that followed, Avon Products saw mixed results from these shifts: Avon revenue decreased by 16% year over year and active representatives declined by 10%. But there were signs of hope. When compared to the second quarter, representatives increased by 1%.

RBC Capital Markets analyst Nik Modi said that improving Natura and Avon Product’s representative retention was the “single most important thing they [needed] to do to stabilize the business.”

Meanwhile, Coty terminated its partnership with Younique in August. In the company’s third-quarter earnings call, Coty CEO Pierre Laubies said, “Younique, like all multi-level marketing businesses, [went] through a phase of classic hype. Unfortunately, we are in the de-hype phase.” Data from market research firm Euromonitor International further proves this point. Between 2018 and 2017, direct sales fell by 9% to $4.94 billion.

Enabling direct selling ease — through technology — is a key learning that all social selling companies have to reckon with as digital influencers and Instagram Shopping have become swaps for stores. While Herrin said customers have always been interested in all of Stella & Dot’s merchandise across category, the company previously “did not make it easy.”

By giving Stella & Dot’s brand ambassadors more tools to amplify their sales, like with Mimi, Herrin expects to double its existing monthly active representatives, or those that are receiving a paycheck from the company, from 10,000 to 20,000.

“[Ambassadors] are the brand; it’s their authentic recommendations that drive conversion in their circles. By taking away the all complexities, we are thinking about what’s in it for the customer,” she said. “A lot of women would like to build a large [social] following, but its the nano-influencer or everywoman that drives sales. Mimi is for women who don’t have swipe-ups or have time to create their own content regularly, so we are empowering their recommendations and brand for them.”