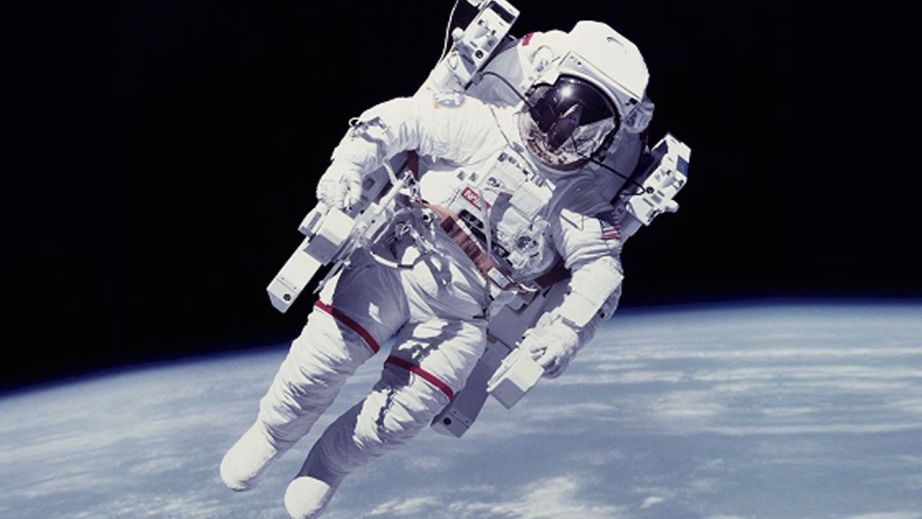 The beauty industry has a burgeoning love affair with outer space

Colgate-Palmolive sent an oral care experiment to outer-space in early June in what could be considered one small step for man, and one big step for the beauty and personal care industry.

The experiment was aboard Space X’s 22nd supply reload mission headed to the International Space Station. The experiment, one of dozens launched with support from the ISS National Laboratory, is part of a larger effort by both the ISS National Lab and NASA to commercialize space. This is notably not the first entry into outer space by the beauty industry or other private-sector companies. In Sept. 2020, as part of NASA’s low-Earth-orbit commercialization program (which is separate from ISS National Laboraties’ efforts), Estée Lauder sent 10 of its Advanced Night Repair bottles to space in order to be photographed by astronauts. Those assets were used as marketing materials. Outside of beauty, other private-sector companies have worked with the ISS National Laboratory to send experiments to space, including pharmaceutical company Merck, Adidas and Goodyear tire company.

Christine Kretz, ISS National Laboratory vp of programs and partnerships, said that the commercialization of space, including experiments and marketing, is part of a new frontier that will dramatically impact space exploration and Earth over the next decade before the ISS is decommissioned in 2030. Colonization of space, including planetary exploration and interplanetary travel, requires more experiments and private-sector companies to try new things.

Colgate-Palmolive’s experiment centers around learning more about the growth and metabolism of oral biofilms, which when in our mouths take the form of dental plaque that can lead to cavities and gum disease. To conduct the experiment, the ISS crew will use microfluidic devices developed by faculty from the College of Engineering at the University of Nevada-Las Vegas and Colgate’s microbiologists to simulate bacterial growth on a tooth-like surface. After 45 days of exposure to microgravity, the devices will be returned, and Colgate scientists will analyze and compare results to matching control experiments conducted on Earth.

“What this experiment enables us to do is create new toothpaste and other types of [oral] therapies. [It] could impact 60% of the population who get gum disease. It is a huge opportunity for us to learn more about the formation and the prevention of dental plaque,” said Patricia Verduin, Colgate-Palmolive CTO. “From a brand perspective, we see this as consistent with our brand. People trust Colgate and what [is] a better relationship [to convey to consumers] than sending Colgate up to space? The space program is the ultimate representation of optimism and trust.”

Kretz said that sending experiments to the ISS is currently subsidized by U.S. taxpayers and is no cost to private-sector companies like Colgate-Palmolive. However, the companies do have to pay for costs to create the experiment, such as equipment, and for “implementation partners,” who are responsible for making sure the experiment adheres to NASA regulations for shipment. Colgate-Palmolive worked with Teledyne Brown Engineering as its implementation partner. Verduin declined to comment on the costs associated with the experiment. Verduin said that the ISS National Laboratory had directly reached out to Colgate-Palmolive to gauge interest in space experiments. The Colgate team took three years to develop theirs.

“What’s exciting is that companies like Colgate have their own teams of researchers, but there’s more sharing. That’s part of what we do, which is to bring organizations together. We are always pushing for publication and sharing of information [from experiments],” said Kretz.

Going to outer space does not come without its challenges, however. Though commercialized cargo only accounts for 5% of a resupply mission (ISS supplies make up 50% of cargo, while ISS National Lab experiments account for the remaining 45%), there was some concern about Estée Lauder going to space. Sen. Jeanne Shaheen (D-NH) remarked during a hearing by a Senate appropriations subcommittee in Sept. 2020: “I guess I’m having trouble understanding how Estée Lauder’s effort is going to support the commercialization efforts of NASA.”

According to the publication The Space Review in an April story, “In February, NASA quietly, and significantly, increased prices for commercial uses excluding research and education, like marketing.” The original price list to send a commercial cargo to space included a significant subsidy intended to stimulate demand. But the February amendment increased cargo from $3,000 per kilogram to $20,000. An hour of crew time on the station went from $17,500 to $130,000. When Estée Lauder sent its bottles to space, it cost a reported $128,000.

In a written comment, Phil McAlister, director of Commercial Spaceflight Development at NASA Headquarters, said in part,  “NASA has opened the International Space Station to business as part of the agency’s efforts to enable a strong low-Earth orbit economy. NASA’s goal is to eventually purchase services as one of many customers. As more companies and people fly to space and do more things during their spaceflights, it attracts even more people and more activities in low-Earth orbit, a growing market we envisioned when we began the Commercial Crew Program 10 years ago. This year is truly a renaissance for human spaceflight.”

Kretz said she viewed the Estée Lauder initiative positively and that the economics of space are similar to the economic realities of earth. She added that Estée Lauder is funding research and experiments unassociated with its brands that will head to space in Fall. Estée Lauder Companies said in Sept. 2020 that the bottles would return to Earth this spring and that at least one bottle will be auctioned off later in 2021, with profits donated to charity.

In a statement, an Estée Lauder spokesperson said, in part, “As a beauty industry leader in science and innovation, Estée Lauder is always looking toward the next frontier of skincare and we were inspired by the work NASA is doing to lead space innovation … The response from our consumers was extremely positive, and the brand will continue to look for innovative opportunities in the future to reinforce our beauty leadership.”

Colgate-Palmolive, which also owns skin-care brand Filorga, Tom’s of Maine and PCA Skin, among others, intends to send a second experiment related to skin to space in the fall. Prior to the experiment’s launch, Colgate-Palmolive released a promotion graphic (with the tagline, “Zero gravity. Zero cavities.”), an animated graphic on its corporate Instagram account and a video. However, marketing plans have not been formalized, given the initial experiment’s results have not been concluded. Verduin said that the experiment and any marketing plans are viewed from a corporate level rather than a brand level.