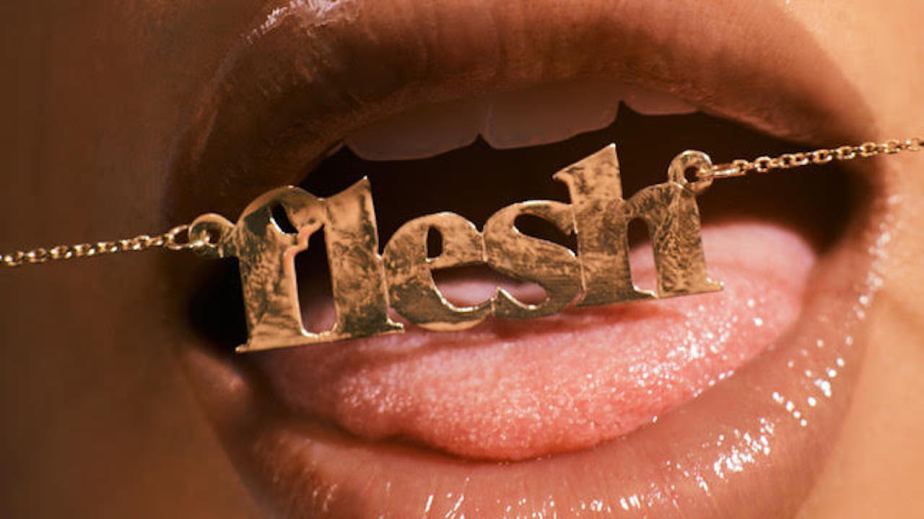 After launching in June 2018, Revlon’s first incubated beauty brand, Flesh, is finally committing to its own direct-to-consumer channel.

When Flesh debuted, it was Revlon’s attempt to build out an in-house brand while playing into the emerging 40-shade-foundation standard set by Rihanna’s Fenty Beauty. Flesh, too, started its foray with 40 shades, but exclusively in 510 Ulta stores and on Ulta.com.  As of last week, all of the brand’s 18 products — 127 total items, when colors and shades are considered — are available on FleshBeauty.com.

“We are celebrating the first anniversary of the brand, and we do have to acknowledge it’s unusual that we decided as a new brand to go bricks-and-mortar first instead of digital,” said Gillian Gorman Round, Flesh gm at Revlon. “We have been active on social media, so we’ve been able to have dialogue and engagement with our fans and customers, and that’s been to our advantage in that we are ready for this endeavor.”

Flesh was founded by Revlon chief creative officer Linda Wells, but Wells officially left the beauty corporation in April. She continues to work on Flesh in a consulting capacity.

Based on data from Ulta and the brand’s Instagram channels (where it has 78,500 followers), Gorman Round described Flesh’s young millennial and Gen-Z customer as one that is makeup-obsessed but rooted in expression.

“The world does not need another makeup brand, but our committee of consumers of women and men don’t want to be like the next person. They celebrate individuality, and they want a makeup brand that gives them the products to do that,” said Gorman Round.

FleshBeauty.com will include editorial content like makeup tips and tricks on the “WTFlesh” section of its site, but Gorman Round said they won’t be prescriptive and should be interpreted by each customer. “We don’t tell customers to use our Flesh stick this way or that, we say, ‘Use it anyway you like,’ because that’s what younger customers want today. It’s the way the beauty consumer wants to be spoken to,” she said.

Though Flesh would not disclose first-year sales, it was expected to make $40 million to $50 million at retail, said industry sources. Revlon, meanwhile, lost its billion-dollar corporation status, pulling in $998 million in net sales for 2018. In step with the larger beauty landscape, its mass beauty division continues to struggle. According to Nielsen data, Revlon’s year-over-year sales for the last four weeks was down by about 7%, largely due to slipping sales of Revlon brand and Almay.

Interestingly, though Flesh will continue its relationship with Ulta, Gorman Round said it currently does not sell in stores in major urban areas. Its DTC site is meant to allow for greater engagement in key markets. Throughout the rest of 2019, Flesh will not be adding additional stores to its Ulta distribution, partnering with more retailers or opening standalone stores — the focus will be growing its DTC online channel.

Flesh’s next product releases, including the August launch of its liquid foundation that comes in 40 shades, will be made available on FleshBeauty.com in tandem with Ulta stores. Gorman Round does see the opportunity to start exclusives on its site in the later half of 2020, but not in the next six to nine months.

“Flesh is only a year old, so we know we need to build in the intimacy of being able to touch and buy something in stores first, so special products and promotions, like gifts with purchase, on FleshBeauty.com won’t happen in the short term,” she said. “Anything we do has to be incremental; there is a lot of same, same in beauty right now, and we need to be thoughtful about what makes sense to our customer, and how she and he wants to be talked to.”