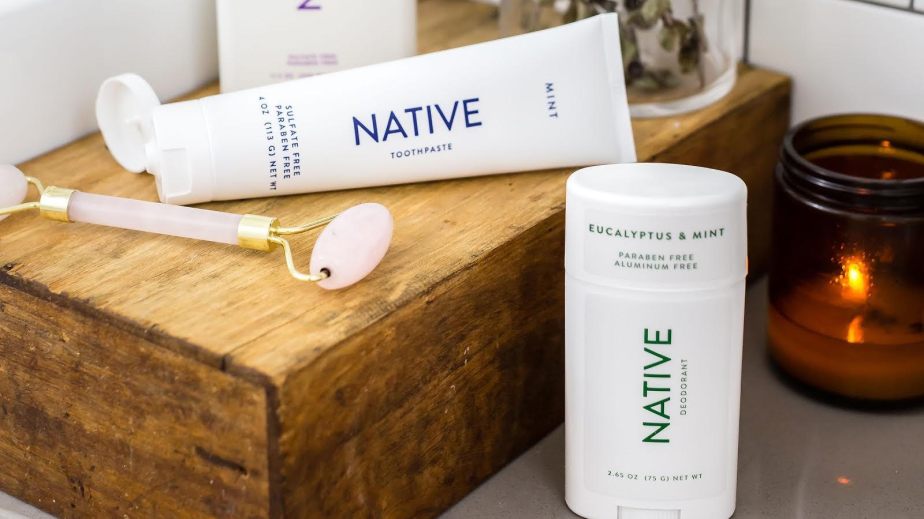 Native’s Moiz Ali: ‘We are investing significantly in TV’

Since P&G-owned personal-care brand Native moved from its DTC-only model into retail (1,800-plus Target doors in September 2018, followed by 4,400 Walmart stores in February) and expanded beyond deodorant, its approach to advertising has changed in step. Traditional tactics, like television, direct mail and podcasts, are being flexed by the 4-year-old brand instead of a pure paid digital strategy. As is the case with many other DTC-first brands, digital and social alone as acquisition tools have largely been tapped out.

“Some of these channels are still in their infancy for us, so it’s still early in the optimization phase,” said Native founder and CEO Moiz Ali. “We are continuing to focus growing DTC via new user acquisition, increasing average order value and launching products that will keep consumers engaged. As a result, they continue to come back for repeat purchases.” While Ali would not share 2018 fiscal figures, he said that over 50% of the brand’s revenue still comes from Nativecos.com even with such wide presence at Target and Walmart. In 2019, Ali expects Native is double its 2019 annual sales

Ahead, Ali breaks down how Native continues to focus on digital customer acquisition and how its advertising tactics ensure products don’t sit on shelves once in retail doors.

How did Native’s shifts to working with third-party retailers and expanding beyond deodorant change the way the company operates?
It was a huge fundamental shift for us. We were so focused on having a direct relationship with the customer to see what it is they did like from us and what was working. At the same time, if they were having any issues, we wanted to be able to quickly change and respond in real time. It took us three or four years to even feel like we were ready to do this. [Native launched in 2015.] But by expanding into new categories that our consumers wanted us to and making sure they can find our products anywhere, we realized we were satisfying her more. [Say] someone was traveling and forgot their Native deodorant at home — we decided we needed to be in national retailers, so they didn’t have to go to a store and buy something else. We also know that not all shoppers, especially in more suburban markets, aren’t ready to make an online purchase from a newer brand they don’t know about. Ease of access helps sales in all channels.

How has your marketing and advertising approach shifted in tandem with your retail expansion?
For a long time, we were solely dependent on social media and digital advertising, Google and Facebook; about a year ago, that was 80-90% of our spend. We are investing significantly in TV, which started in late 2018, across both connected TV, like Hulu, and traditional networks, including cable. We have focused on marketing in large metropolitan markets such as New York and Los Angeles to understand effectiveness and refine our strategy. We continue to focus on metropolitan markets, while also broadening our reach into more suburban and rural areas. Now we are starting to participate in podcasts and direct mail, too. Paid social as a percentage of total marketing spend is slated to be lower than in prior years. We are constantly scrutinizing our spend and shifting it toward channels where we’re successful, and cutting back on places where we don’t see the results we want.

How are you distinguishing yourself among competitors vying for the natural space?
We no longer think of those guys as our competitors. We aren’t trying to take marketshare away from Tom’s of Maine anymore. We think we are about satisfying the mainstream, natural customer, so it’s about taking sales away from Dove — that’s where women were buying, and now they want a better alternative. People think of us as a New York, LA, San Francisco and Miami brand, but our second-largest market is Texas.

What has been your experience at Walmart, compared to at Target?
Historically, Target is the one building brands. They did it with Harry’s, they are doing it with Quip and they invested in Casper. But Walmart has insane reach. They may have been slower to make the shift to direct-to-consumer brands, but they are moving quickly. They want to see Native become a hero brand in their stores, and their reach gives us more awareness. We are also looking at other retailer opportunities in the next 12 months, but they have to satisfy where our current customer and potential customer wants to see us. We still manufacture in our own facilities and not through P&G, so we need to make sure we have the capabilities to satisfy all of these stores. I’m sure our retail partners want us to launch into 70 categories in the next 12 months because we are selling well, but we don’t want to be producing Native tables, chairs and sofas. We want and need to remain narrow on what we are good at.