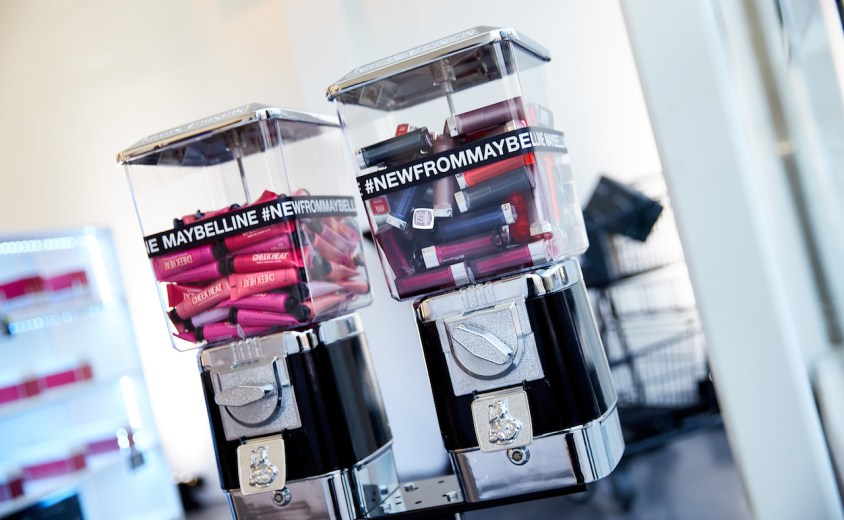 As influencer marketing continues to become more competitive — and expensive — brands are rethinking their playbooks. Some beauty companies like E.l.f. Cosmetics and Sephora have taken to incubating their own influencers in the hopes of discovering the next big thing. In turn, micro-influencers have been able to raise their profiles. But whether it is through a longer contract or a single paid Instagram post (which run between $200 and $500, on average), monetary deals have become the norm.

“The pyramid that we’ve all seen is you have your mega-influencers, then you pop in mid- and macro-influencers. But we don’t want to be so reliant on a pay-for-play model,” said Marnie Levan, vp of integrated consumer communication at Maybelline. “We want to expand relationships among and beyond the pyramid.”

For Maybelline and other beauty brands like Beautyblender, that means steadily expanding its outreach to makeup artists.

Beginning in January 2019, Maybelline hosted its first Glam Grab events for the professional community to learn about the beauty brand’s launches — it now hosts two events a year. What started as a 40-to-50-person event in Los Angeles a year ago grew to attract 100-plus professionals this past January. It has organically led to usage of Maybelline throughout the 2020 award season and in press. For example, artist Melissa Hernandez used Maybelline products on actress Dove Cameron for SAG Awards parties, and Amber Amos mentioned the brand’s products in interviews with New York Magazine. These were not paid mentions, according to Levan.

To further support its enhanced makeup artist strategy, Maybelline on-boarded Vincent Oquendo and Jenna Kristina last year via contract. Both Oquendo and Kristina used Maybelline products during awards season and did on-call makeup services for influencers, editors and industry tastemakers throughout New York Fashion Week. The L’Oréal-owned brand has had a history of working with the professional community via a NYFW sponsorship, but felt that it could layer both programs together, especially since they overlapped this season. The beauty company would not disclose its financial commitments to its partners.

But perhaps, Oquendo and Kristina’s most powerful asset is their content. A September 2019 video that Kristina posted with model Emily DiDonato on Instagram was ranked in the top 10 performing videos on social for Maybelline. Two other 2019 videos with actress Rowan Blanchard and model SouKeyna Diouf landed in Maybelline’s top 30.

“At Maybelline, we really think of ourselves and the role that we play in the beauty landscape as helping to democratize trends. Makeup artists bring makeup trends to the masses; they make them accessible for everyone,” said Levan.

Expanding that education content via social will be important for 2020, as Levan is hoping to ramp up Maybelline’s YouTube content. The brand is also in the process of considering if it will add more makeup artists to its brand ambassador program.

“YouTube is a very important need, and we see makeup artists and their tutorials as a way to fill gaps from a content standpoint,” she said. “We know YouTube is a channel gap.”

Beautyblender is another company increasing its makeup artist outreach. Since 2016, the brand has hosted pop-up events in Los Angeles in advance of awards to determine which artists it works with in a paid capacity. It also created its Pro Program on Beautyblender.com, which offers a 25%-30% discount on product sales. Recently, the company upped the percentage to 40%. According to the company, this program accounts for about 15% of all direct Beautyblender sales. Partnerships are more of a priority since the brand moved beyond makeup sponges with foundation in 2018 and concealer this month, said founder and CEO Rea Ann Silva.

“A lot of the makeup artists that I’m talking about, you’re not going to see them on Instagram or doing YouTube videos. They’re too busy. They’re making movies for six months at a time in a location,” she said. “We create the looks that the Instagrammers want to emulate.”

As of now, neither Maybelline nor Beautyblender is cutting its spend on social media influencers, but they are looking at ways to better spend their overall marketing budgets.

“As the beauty influencer landscape shifts, we’re watching engagement very closely. We’re trying to figure out where is there still the right opportunity for us to have impact,” said Levan.