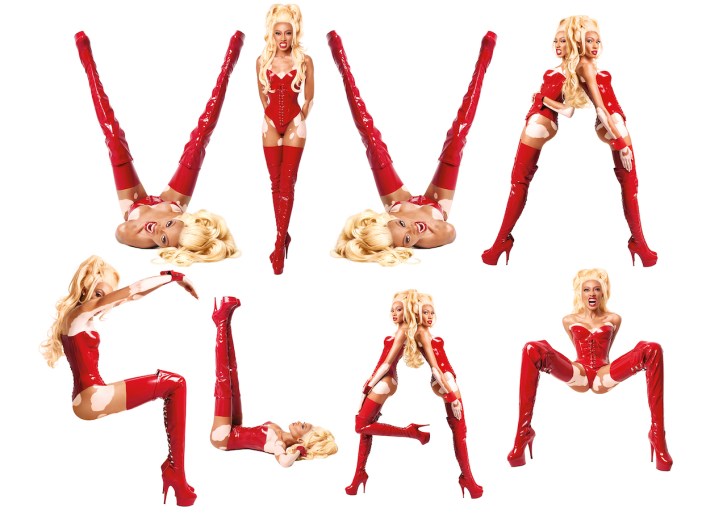 Beauty brand MAC Cosmetics is placing user-generated content at the center of its marketing strategies.

On Monday, MAC unveiled its latest “Viva Glam” campaign, which celebrates the 25th anniversary of the line’s giving model in which 100% of proceeds support those affected by AIDS and HIV. Model Winnie Harlow will serve as the face of the campaign, with an image of her recreating a RuPaul look from 1994 — which Harlow first organically posted to Instagram in October 2018 — serving as the primary imagery for the campaign. The image will be featured on lipstick product packaging, in-store signage, out-of-home billboards, double-decker buses, bus shelters, print campaigns in select lifestyle magazines and, of course, digital and social. This marks the first time MAC Cosmetics and parent organization Estée Lauder Companies have used UGC in marketing efforts in such a prominent way and in traditional channels.

“It’s a new way of thinking about engagement and how to tell our story,” said John Demsey, Estée Lauder Companies executive group president and MAC AIDS Fund chairman. “We saw on social that Winnie was dressed head-to-toe as RuPaul in the exact outfit she wore in the original ‘Viva Glam’ campaign in 1994, so we thought we could use that as a way to show our history in a modern way.” Since launching in 1994, “Viva Glam” has raised $500 million for the company’s AIDS Fund.

UGC has become a robust digital marketing play for fashion and brands as of late, with companies like Calvin Klein and L’Occitane relying on it for engagement and sales. Clark’s recently saw this type of content creation help it climb to the 13th-best-selling footwear brand in the U.S. in 2018.

MAC helped boost Estée Lauder Companies’ makeup sales by 3% to $1.56 billion in the fiscal second quarter of this year and reportedly sells one lipstick per second. It has been actively looking to its social channels to tap fans of the brand for product curation and content. In August 2018, the brand announced a 12-person global influencer partnership, where ambassadors like Nyma Tang and Maine Mendoza created their own MAC Maker lipstick and corresponding digital assets. Additionally, mega-influencer Patrick Starrr, who started his career as a freelance MAC makeup artist, collaborated with the brand on five multi-product collections between December 2017 and December 2018.

“Word of mouth has always been important to us, but that has translated to social, which is where we now see incredible value. It’s where we can incubate relationships, talent and content,” said Demsey. MAC is the No. 1 beauty brand on Instagram, with 21.5 million followers. Kylie Cosmetics is a close second place with 20.1 million followers.

Though Harlow’s RuPaul imagery is the start of the revamped “Viva Glam” campaign — it has been broadened this year to support Planned Parenthood, GLAAD and Girls, Inc, as well — MAC has enlisted 18 additional influencers to create social content on their respective channels beginning in May. Singer Troye Sivan, models Jacob Bixenman and Mari Malek, activist Deja Foxx, and choreographer Alex Mugler will all activate on the brand’s behalf to bring more “awareness” and faces to the marketing roll-out.

“We see this as a multiprong approach, with many of our customers spreading our message, not just one person,” said Demsey. “It’s how we continue to be inclusive and representative of our audience.”