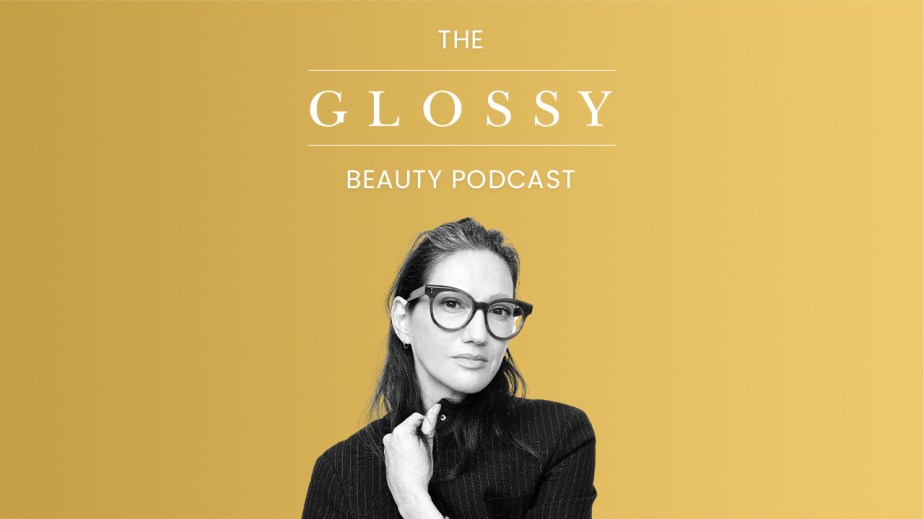 LoveSeen founder Jenna Lyons: ‘It’s incredibly important to stand in who you are’

When Jenna Lyons left her role as president and executive creative director of J.Crew in 2017, few assumed that her next act would be in beauty.

But in September 2020, Lyons debuted LoveSeen, her eyelash extension brand with digital connection and content at its core. Lessons Lyons enforced at J.Crew — personality, individuality, stretching the boundaries of style and owning your message — have been amplified tenfold with LoveSeen.

“Having felt not seen when I was young,  feeling left out of a lot of things or just not feeling beautiful, I realized how powerful it is to feel attractive. It really is transformative. It can make you happy, simply happy,” she said on the most recent episode of the Glossy Beauty Podcast.

Like many beauty founders, Lyons zeroed in on a category, eyelashes, because of personal experience. She doesn’t have any, due to a genetic disorder, and wasn’t able to participate in the growing trend of professional eyelash extensions.

“Anyone who has something that they feel deficient in, I’m sure that’s the thing that you notice on everyone else,” she said. “I was super attuned to other people’s eyelashes. I noticed all the women in my office coming in with eyelash extensions that literally would arrive in the room before they did. I was doing research for a beauty company separately, and I was watching all these Huda Beauty videos, where she was putting on, like, seven layers of concealer,  eyeliner, eyeshadow and highlighter. How many products can one person put on their face? But I loved it. At the end, [she always] put on an eyelash. I thought it was really interesting that it was two really opposite ends of the beauty spectrum: these girls at J.Crew who were wearing no other makeup and Huda Beauty candidates who were, like, full makeup.”

A second act
“First, I think I had an incredible run [at J.Crew]. And honestly, I thought I would do fashion, too. I never anticipated this really, honestly happening. I’ve said this before, and people don’t really believe it, but I thought I would get calls. I thought people would say, ‘Hey, will you come and design this line?’ And it just didn’t happen. I think the industry is changing. I think starting an eyelash company had really nothing to do with [anything], other than the fact that I didn’t have a job and I wasn’t getting phone calls. I thought people would call, and it just didn’t happen. So I found myself sitting on my couch daydreaming. I was asked to take a look at something that somebody was working on for a beauty company, and when I did that, I started to do research and say, ‘OK, well, what’s the landscape?’ Because I don’t know it. And that was sort of how I stumbled upon all of these [Huda Beauty] videos. I started connecting dots in my head. And I was like, ‘Well, maybe I could do that.’ And then I met somebody who I was going to be working on a business plan with for another project, for the [HBO Max] television show [“Stylish with Jenna Lyons”]. I told him about this idea, and he was like, ‘That’s cool. Well, why don’t we do that?’ And I was like, ‘Wait, really?’ And so we wrote a business plan.”

Owning your brand
“If you look at what’s happened with the landscape of brands, brand is king. It’s interesting, because I have a friend who works in the industry, and they were talking about how brilliant the messaging and sort of the marketing around the Kardashians’ businesses are, like with Skims. And I’ve talked to my friend who has some hand in that, and they develop the brand identity before they even develop the product. They really decide, ‘Who is this person?’ ‘What do we want to say?’ ‘What do we want the brand to look and feel like?’ And then let’s go execute on the product to make sure that it fills in. I think that’s a really interesting concept; that’s really a reverse of what I grew up with. [Brand] really has become something that is so tantamount. It’s very hard to control your message or talk to your consumer through someone else. When you think about how you message, [by] sending an email [through a retailer] … I’m sending an email through a PSA for our buyers, I have no control over the messaging, I have no control over your experience with customer service. We are launching a new brand, and so much is learning and testing and learning. So, for instance, some people struggle with putting [the eyelashes] on. And literally, they will reach out to Molly, who is our customer service person, and Molly will call me and say, ‘This person is really having a hard time.’ Then I’ll make a little video or do a FaceTime chat with them. They’re so blown away and like, ‘I can’t believe you spent the time to do this.’ They become a fan, and then they are a disciple. You can’t do that when you’re selling through a larger company. It’s incredibly important, especially at the outset when you’re starting from nothing, to stand in who you are and tell people who you are.'”

Content drives a brand
“People see through bullshit. People are smart. They want honesty. They don’t want you to tell them something that is not true. They also don’t want you to just sell to them all the time; don’t just be a pusher because honestly, people are over it. I think what was so interesting [when] selling through J.Crew [was that] we had 8 million products to sell, so we had a new thing to talk about every day. But with lashes, we don’t. We are selling the same product. So we had to really think about, ‘OK, well, what does our content strategy look like, under those auspices?’ Because we don’t want to bombard people, like, ‘Here’s another email about a lash.’ So we really sat down, and the team came up with some great ideas around: How do we talk about what’s happening in the world? We sent an email about standing behind AAPI and what’s happening in that, and that email drove sales. People responded to that, because they felt seen, and they were like, ‘Thank you for acknowledging and reminding me that brands actually can have a voice.’ I think that has been another important thing: standing up for what you believe in and really being generous. We’ve also done emails where we’re talking about other brands and people who are selling things that we admire. That’s had such a nice effect, because those other brands are actually supporting us.”

LoveSeen beyond Jenna
“I definitely am around. I’m there and I do participate. But, I also wanted the brand to have a life of its own. I also went through a really hard time when I left J.Crew. I was deeply connected to the brand, and that was really painful. I’m not suggesting that I’m going to leave, but I realized that I wanted the brand to have its own identity. J.Crew was about style and about clothing. And this is about beauty. I didn’t want people to connect it to me, [especially] if you look really different than me. I wanted you to come into the brand and see people who look like you. In order to do that, it couldn’t be about me. You know, I’m a 52-year-old white woman. Somebody who looks totally different and is younger than me may not identify with me. So I didn’t want to put myself overly attached, from a business standpoint. I wanted it to feel like it was for everyone.”