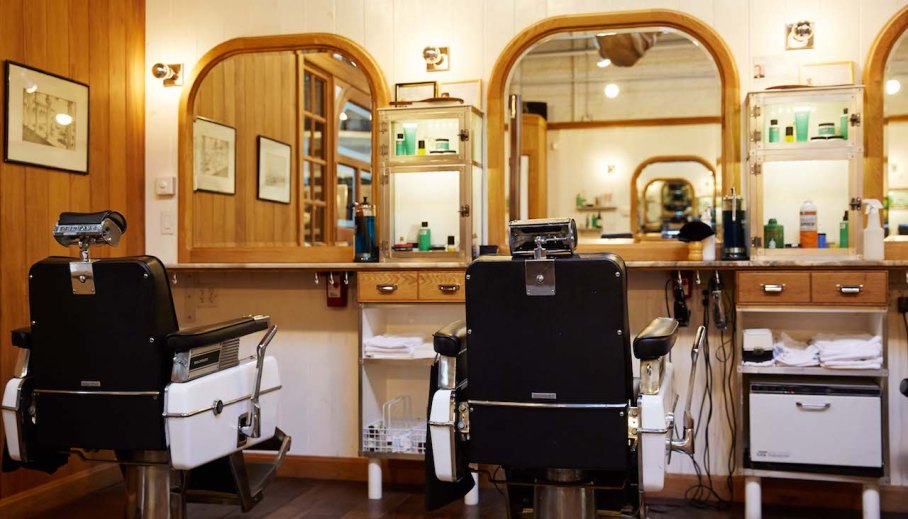 Layoffs, furloughs, rent deferrals and government assistance: What the beauty industry is facing during coronavirus

The first case of coronavirus in the U.S. was just confirmed on Jan. 21, and yet two months later, one in four Americans is being asked to stay home to flatten the pandemic’s curve. Like the U.S. restaurant industry, which has been badly hit by Covid-19, the beauty segment — particularly service-oriented businesses — is facing an existence that no small company could have prepared for.

In just a week’s time, facial bar Heyday went from a plan of temporarily closing its 11 locations and paying its staff for a week to laying off its 300 employees on Friday. Nail salon Tenoverten also shuttered operations at its five locations in New York and LA on March 13 before announcing the layoffs of its 165 employees on March 20. Mynd Spa & Salon, which was previously known as Elizabeth Arden Red Door Spa, filed for Chapter 7 bankruptcy on March 20. And buzzy barbershop Fellow Barber closed on March 15; it has furloughed its 200 staffers in the hope the company will be able to open its 10 locations in New York and San Francisco sooner versus later.

The fact that so many of the aforementioned decisions happened in a week’s time shows the inordinate amount of pressure that these service businesses are under to improve liquidity.

“This is not like Hurricane Sandy, where a disaster hits, and then you can move into recovery mode,” said Michael Pollak, Heyday CEO. “We have no idea how this will unfold and when we will be able to go back to business. I’ve made what could have been three months of deliberations on every decision in a day or two because of how fast the news is rolling in.”

Pre-coronavirus, Heyday was set up for success. It had raised $8 million in a Series A funding round in late 2018, securing $11 million in total fundraising, and opened four new locations in the last 16 months. In many ways, it was intended to be the Drybar of facials. Heyday was able to pay its employees for an extra week, though its stores were closed, due to the capital it had raised, which propelled wider company growth.

Tenoverten was not able to do the same for its employees, said co-founder Nadine Abramcyk, because of a lack of cash on hand.

“We raised a friends and family round 10 years ago, and everything we have done, we reinvested right back into the company,” she said. “People think, ‘Oh, well you are sold at Target, you’re fine.’ But we took out loans so we could produce that Target product. We aren’t in a liquid position.”

After nine years in business, Tenoverten began selling its nail polish and nail care products in Target doors in 2019. Prior to that distribution partnership, salons made up 90% of sales while nail products made up 10%. Abramcyk said, just prior to coronavirus, products accounted for almost 50% of business.

“Target has been amazing to us. We are lucky that it has a pharmacy and is a mass retailer, where people can still go and shop, versus an Ulta or a Sephora. But had this happened six months ago, we would have been in a much more liquid situation, because we wouldn’t have fulfilled or produced our Target 2020 orders,” she said.

As of last week, Tenoverten has seen a 355% sales spike year-over-year through its own DTC site and at Target.com. The company is now finding ways to fuel product sales as its salons are closed. When non-essential manufacturers and distribution centers closed last week in California, where Tenoverten manufactures, Abramcyk took as much nail polish and nail care product home from salons so she could ship items directly to customers — that was a tip given by a fellow beauty founder dealing with the California manufacturing change.

Unlike the larger fashion industry that has come together around government assistance, Abramcyk and Sam Buffa, Fellow Barber founder, have taken to emailing founders in their respective fields for support and guidance. Topics have ranged from navigating rent leases to deciding between layoffs and furloughs, which is a temporary layoff from work.

For all of these owners, cash-on-hand also plays into the decision of whether to lay off or furlough employees. Pollack chose layoffs in the case of Heyday because of the lack of clarity around when the business could reopen.

“In the immediate short term, our goal has been to preserve as much cash as possible,” he said.

Carolyn Simmons,  partner at consumer fund Circle Up, agreed that liquidity is top of mind for all of its businesses right now. Circle Up previously invested in Heyday in its November 2018 round.

“Our No. 1 priority is helping brands take care of their employees and customers, whose lives have been hugely impacted both inside and out of the office,” she said. “We’re evaluating different scenarios, given the uncertainty here, and figuring out what the range of outcomes might be. Cash runway is critical. Depending on how long this lasts, we’ve kept in mind that this situation will require some tough decisions. We’re so focused on being as proactive as we can, to optimize for the long term.”

Tenoverten also made the hard decision to lay off employees, because Abramcyk was unclear if employee-related benefits like health insurance would be carried through a furlough in both New York and California, where the brand’s salons are located.

“Furlough was something we were considering, but state by state, the laws vary — and we understand how much of a mental thing this can be. We wanted our employees to live their lives in this new world, without feeling held back, and that includes what kind of career they have or where they live,” said Abramcyk.

Buffa, who also owns neighborhood restaurant Vinegar Hill House and designed Frenchette, furloughed his 200 Fellow Barber employees, but is still in the process of figuring out the best long-term scenario for his staff.

“We don’t know what to do yet to make it most flexible for our staff to collect unemployment and government assistance,” said Buffa, who also set up a Fellow Barber Employee Relief Fund on Go Fund Me on Friday. Thus far, the barbershop has received over $29,000 in donations of its $50,000 goal, averaging about $1,000 a day.  The fund will be split evenly among the 200 staffers, from front desk employees to management, said Buffa.

Tenoverten and Heyday have also set up their own respective relief funds on Go Fund Me to offer employees a few more weeks of stability. Tenoverten has reached over $25,000 of its $100,000 goal, and Heyday has raised just over $17,500 of $100,000. Heyday has directed its membership clients to its relief fund, as no one will be charged for the upcoming month’s services, and it is donating 50% of March gift-card purchases and 10% of March e-commerce sales to the fund, said Pollack. Layoffs are also expected to hit the Heyday corporate team, he said.

“We’ve alluded to salary reductions on the office level. Our corporate team is 30 people, and eight are field-based, so we need to think about how to be better operators for [the sake of] business,” said Pollack. “Right now that centers on digital and becoming a platform for aestheticians who are out of work.”

In Fellow Barber’s case, Buffa doesn’t believe the company wasn’t prepared for a “normal storm.” It, like Tenoverten, steered clear of institutional capital, and the company remains family-run. Even its pivot to a greater emphasis on product, which is seeing a boost in online sales of 400% week-over-week, isn’t enough of solve to counteract the lack of high-touch services.

“Sales on our site are up, and so many people are buying gift cards, but that’s not enough to save the business, and that’s not enough to pay our rent. These types of business have big staffs because they generate sales. Fellow Barber is relationship-based,” Buffa said.

Buffa, like Abramcyk and Pollack, has individually reached out to his landlords about finding a way to defer or adjust payment. All founders are dealing with more mom-and-pop landlords, versus owners like Simon Malls or Brookfiled Properties, so Buffa, Abramcyk and Pollack all felt they were in comparatively flexible positions. Still, cutting those April checks in less than a week and a half is daunting.

“Everyone needs to be flexible. In some instances, it will be paying what we can, and in others, it will be to pay nothing,” said Buffa. “No one is going to be able to fork out New York rents at the premium they were at, but the fault is not on the tenants alone.”

Abramcyk, too, is in discussion with Tenoverten’s landlords for a solve and is trying to showcase to its landlords its cost-cutting measures, including layoffs, as proof that the business will open again.

“We filed our business insurance claims the minute we closed, but now that government mandated our closures, [the move] holds more water, and we should be able to collect that [insurance]. We paid our business sales tax on Friday before the government agreed to waive fines,” she said. “We are trying to prove to our landlords that we are taking all the necessary steps to re-open.”

Still, as small businesses nationally grapple with an uncertain future, 2008-esque bank loans with catastrophic consequences are not what service brands want or need, in terms of government assistance.

“Smaller businesses are the lifeblood of the U.S. economy,” said Buffa. “Small businesses need assistance first, and then the bigger businesses that have been mindful about their own savings — not those who just bought back their own stock. They shouldn’t be rewarded for that. We can’t expect a trickle-down effect to happen here and save us.”