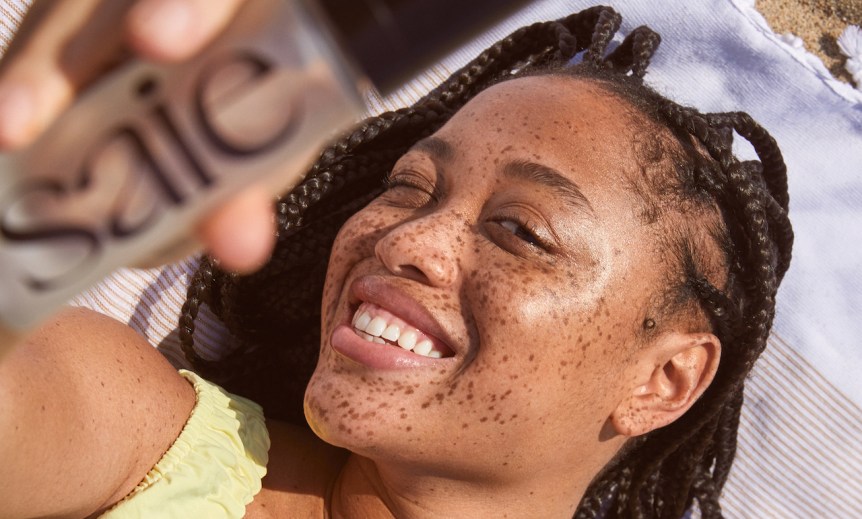 Despite makeup sales continuing to slide — with sales down 52% year-over-year in the second quarter, to $869 million, per NPD Group — clean color brands are proving their resilience.

Laney Crowell, Saie founder and CEO, would not disclose the amount of the seed round, but described the brand as exceeding expectations in its short lifetime: It’s currently beating its own sales expectations by 200%. Moreover, Crowell reported that 20% of e-commerce customers are repeat customers.

“To me, this perfectly demonstrates the market void we filled: clean, chic, easy beauty,” said Crowell. “My mission has always been to make beauty better, in every sense; it’s exciting to see how the community has responded to Saie and what we stand for.”

Rachel Harris, director at Unilever Ventures said, “It has been wonderful to be on this journey with Laney from the very start … We are pleased to continue to support the exciting future plans for the brand.”

Saie’s latest round follows a wave of funding for clean makeup brands that started in December 2019. Late last year, Lawless Beauty raised a Series A from Cult Capital, and Ilia raised a Series B from Sandbridge Capital and Silas Capital.  And in January, Kosas raised its own Series B, with participation from Scooter Braun’s TQ Ventures, Leandra Medine and Arielle Charnas,

Crowell said its round will be used to support Saie’s future product launches — it debuts a new bronze shade of its best-selling product, Glowy Super Gel, called Sunglow, on Tuesday — along with new marketing initiatives and distribution expansion plans. Currently, Saie is sold on its own e-commerce site, as well as on Goop.com and Follain.com, but plans to launch with U.K.-based Cult Beauty in September, making it its first international partner. “We continue to see the benefits of strategic retail partnerships and are excited to find new ways to bring Saie to consumers all around the world,” she said.

Despite clean color becoming a full-fledged beauty category, like clean skin care, Crowell is not making moves for large brick-and-mortar distribution just yet. Instead, Crowell, who previously had her own blog, is looking for better ways to connect with her community online. In July, Saie launched Saie Concierge, a one-to-one customer service text line, and introduced a TikTok ambassador program. It has also used its private Facebook group of 800 members and its Instagram community, where it has 42,600 followers, to inform product development (as with its latest Sunglow launch) and creative assets.

“As a brand, we are dedicated to meeting our community where they are. They have been our No. 1 priority since day one and are the reason why we are here today. It [is] important for us to find new ways to connect with them and to invite them into the world of Saie.”