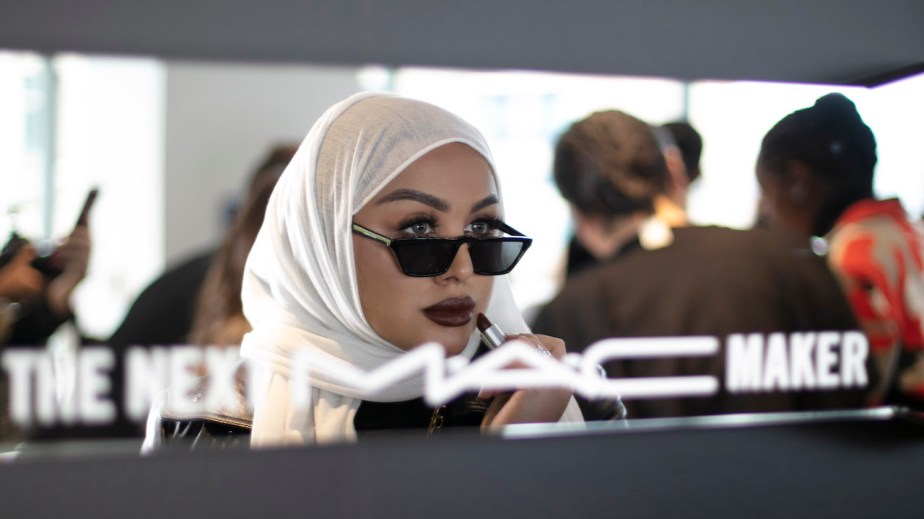 Inside MAC Cosmetics’ strategy for the Middle East

MAC Cosmetics has a renewed eye on the Middle East.

Through its Maker program, which involves international influencers in MAC’s product development process, the company has worked with one or two ambassadors per country over the last two years. For 2020, MAC is ready to make a bolder bet. Last week, the beauty brand kicked off its third iteration with six influencers from the Middle East. Serving as the “MAC Middle East Crew” are Jordanian makeup artist Mohammed Hindash, Iraqi blogger Dima Al-Sheikhly, Kuwaiti influencers Farah Al-Hady and Lujain Al-Dhafery, Lebanese model Nour Arida and Lebanese content creator Maya Ahmad. Their respective lipsticks will be distributed in 114 stores across eight countries in the Middle East, as well as in select markets online. MAC is also working with 12 other tastemakers including the Barbie Style Instagram account and 11 other ambassadors in 10 other countries via the Maker program beginning March 9 and running through June.

Diederik Koenders, MAC Cosmetics vp of integrated communications and content, said that the six chosen Middle Eastern influencers had been working with the brand in a content capacity for the last year. For example, they had attended New York and Paris Fashion Weeks with the brand, as well as a screening of “Aladdin” prior to its world premiere. (MAC did a makeup collaboration for the film.) They also had ongoing meetings with MAC team members at the company’s headquarters, as a way for MAC to learn more about the influencers’ and region’s diverse preferences.

“With this creator strategy, we stepped away from a single pay-to-endorse approach and built out meaningful relationships that become a win-win situation for the creator, as well as for MAC,” said Koenders. “All six creators have become an extension of our own team. They share their expertise and insights on what content resonates best with their audiences. We share our marketing calendars for the coming months to determine together what content needs to be created. We have seen that their audiences respond better to MAC when our products become part of the creators’ overall narrative.”

MAC’s focus on the Middle East is more timely than ever as coronavirus scares threaten to derail beauty sales in China.

“Although it is difficult to anticipate the full impact of the coronavirus on our business, we expect the next couple of months will be very challenging,” said Fabrizio Freda, president and CEO of Estée Lauder Companies, in the company’s second quarter 2020 earnings call. E.L.C. is MAC’s parent company. “Chinese consumers in many big cities are staying home, and retailers are closing stores or limiting hours in an effort to help contain the spread of the virus. Additionally, global travel is being restricted, and the effect is being felt beyond China into major travel retail corridors and large tourist cities.”

Jean-Paul Argon, chairman and chief executive of L’Oréal, had similar thoughts in the company’s fiscal 2019 results.”The coming weeks will certainly be challenging for the people of China in their battle against the coronavirus epidemic. … This context will have a temporary impact on the beauty market in the region, and therefore on our business in China and travel retail in Asia,” he said.

Though MAC’s Middle East Crew was planned too far out to be intentional, its play in the region — known for its luxury clientele — can mitigate China’s deceleration as well as play a factor in the ongoing slowdown of the U.S. color cosmetics market. According to market research firm Euromonitor International, the Middle Eastern beauty and personal-care market (which includes Africa) is expected to grow to $32 billion in 2020 from $31 billion in 2018. The top three color brands in the area are MAC, followed by Maybelline and Revlon.

“The Middle East continues to see strong makeup growth in revenue and EMV [earned media value]. If you look at the data, it is all prestige brands that crack the top 10, like MAC, Nars and Laura Mercier. Makeup in the U.S. is struggling and makeup is expected to struggle in China, so diverting resources to the place where where luxury makeup still booms makes sense,” said Conor Begley, co-founder and president of influencer marketing platform Tribe Dynamics. “In other markets, you will see localized brands take control, but so far, that disruption isn’t happening here. Prestige brands are still in control”

Early social results for MAC Maker are strong. MAC has seen 20.7 million earned impressions (via influencer promotions) and 6 million unique impressions on social media, and approximately 200 Instagram Stories frames have been shared by influencers. MAC is anticipating double-digit year-on-year growth from its Maker program. Koenders said that MAC paid the creators a flat fee versus being tethered to a revenue share model for their product collaborations; he would not disclose the amount. Despite this, many of the above creators were simply eager to evolve their relationship with the makeup house.

Ahmad said, “Moving a step forward from content creation to product co-creation was natural as a next step. So far, [my] audience has been very excited. I have learned a lot from the development process of my lipstick, and some insights were very useful as I am currently working on developing a range of body-care products as part of my own brand.”