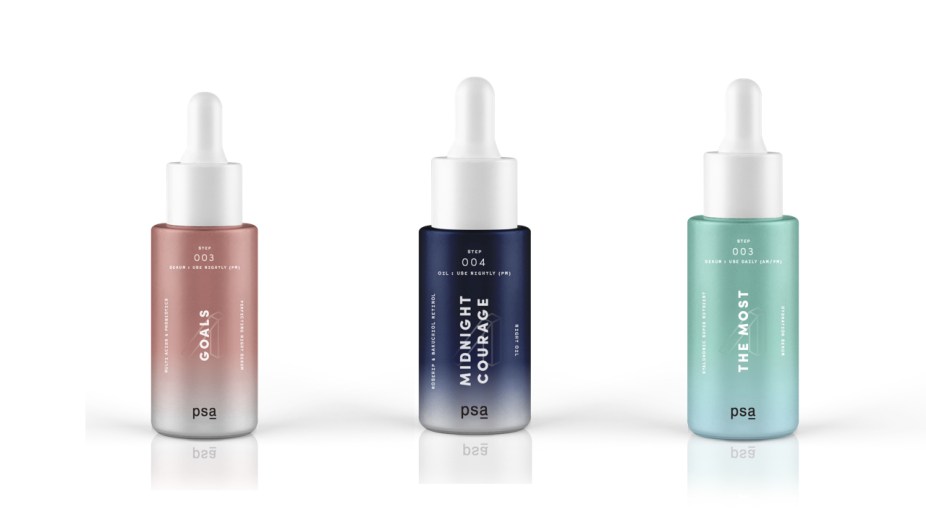 As Gen-Z consumers have shown an awareness of skin care at a much younger age than their millennial predecessors, cult brand Allies of Skin has rolled out a new line targeted at this younger demographic.

Known for its high-potency products that retail for upwards of $100 a bottle and are sold in luxury settings like SpaceNK and Galeries Lafayette, 4-year-old Allies of Skin has started rolling out Purposeful Skincare by Allies (PSA). It launches with Asos and Revolve this October. Already sold at Sephora in locations across Asia since March as well as through online retailers Beauty Bay and Beautylish, the sub-brand’s products retail in a comparatively accessible range of $28-$38.

“I took a lot of the pain points that I felt as a teenager with really bad skin and very little money,” when creating PSA, said Allies of Skin founder Nicolas Travis. He said the target age demographic of the new brand starts at age 14. This is significantly younger than the core customer group for Allies of Skin, which he said ranges from 25-55.

Thanks to both the pandemic and the target age demographic, the brand is focusing on online retailers, which are eager to tap into trendy new Gen-Z brands.

Beauty Bay, for example, is “Gen Z central. They leapt at it,” said Travis. Asos, meanwhile is “perfect for the target audience that we wanted to go after and millennials, as well. When I reached out to Asos, I got a response the next day, and they were like, ‘We need more Gen-Z brands.’” Revolve, popular with millennials, has been successful for Allies of Skin — Travis said the brand’s sales have grown 200% year-over-year with the e-tailer.

“It’s a great time to be in skin care because people are consuming so much skin care” during the pandemic, said Travis.

According to Travis, the brand offers a simplified, numbered acne-care routine for the entry-level teen shopper, while “the second group we want to go after is the ‘skintellectuals’ — the ones who read the ingredients, the ones who focus on the percentages of actives used, and the ones who are really cautious about how much they spend. We had people who have been following Allies of Skin for years but had never been able to afford any Allies of Skin products.”

The brand noticed the rise of the online ‘skintellectuals’ around two years ago, and hosts a weekly “Transparency Thursday” segment on Instagram to engage with this audience and answer their questions around skin care. “With Gen Z right now, they have access to so much information” with regard to skin care, he said. He noted that the brand’s Gen-Z customers typically hit around 10 different brand touchpoints before making a purchase, including social platforms and word of mouth.

The rise of Gen-Z “skinfluencers” across social channels has also fueled this trend. Increasingly gaining traction is a rejection of the heavily contoured “Instagram face;” skin-care influencers are generally focused on providing information about product ingredients. Travis said that he observed this being boosted by the introduction of an algorithm to the Instagram feed, which used to prioritize “how beautiful your feed is.” He noticed that following the start of the algorithm, “Everybody started shifting strategies” to include more informational content, paving the way for skin-care advice to take hold.

As a Gen-Z brand, PSA is “currently trying to build a team to figure out TikTok,” said Travis, but it is focused more heavily on Instagram and YouTube for now as TikTok’s situation in the U.S. remains in limbo. The brand is also active on Douyin, or ByteDance’s Chinese version of TikTok, as well as Bilibili in China.

When it comes to influencer marketing, “We can’t just find somebody who takes a pretty photo,” said Travis. “That doesn’t work for us. What has really worked for us is somebody that is able to go in front of the camera without any makeup and actually use the products.”