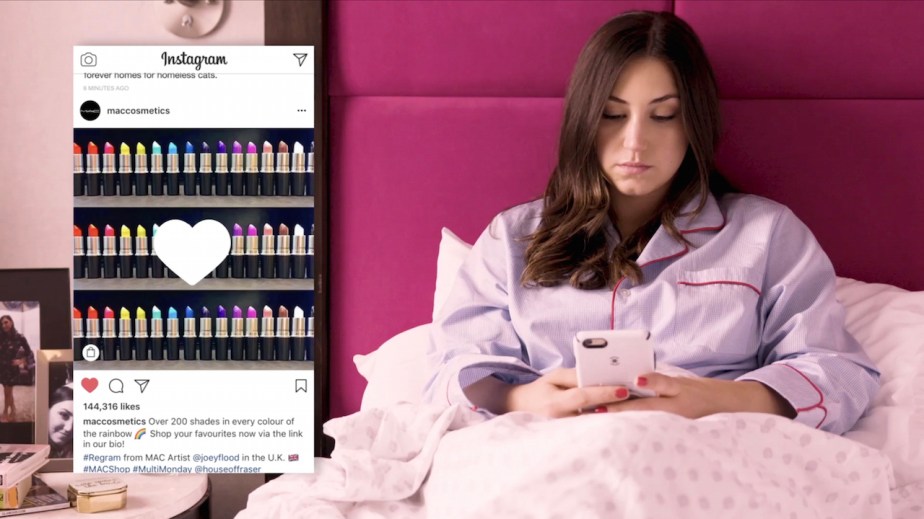 This story is Part 1 of a two-part series on how The Estée Lauder Companies is adjusting its internal and online businesses in the name of modernization.

The Estée Lauder Companies is on a mission to modernize, with a primary focus on empowering its young employees to lead the change.

In the beauty industry and beyond, millennials and Gen Z are more important than ever, both as employees and customers. Beauty brands catering to Gen Z — who are typically between 4 and 22 years old — have popped up, and the population of millennials in the United States is expected to surpass the baby-boomer generation in 2019. In order for a company to design and market products that are relevant to these consumer groups, it’s own personnel must reflect those customers’ modern values, lifestyle and consumer behavior.

To do this, The Estée Lauder Companies (ELC) maintains an internal corporate program, referred to as a reverse-mentorship, which partners millennial or Gen Z employees with older and more senior counterparts, and younger employees act as mentors. Out of the reverse-mentorship program, other groups were born: millennial advisory boards, which allow for groups of young employees from all areas of the company to ideate on concepts, deliver strategic projects and feedback, and come up with ideas that have the potential to go to market for ELC’s portfolio of brands like La Mer and Clinique.

The ideation for the reverse-mentorship program came from Fabrizio Freda, president and CEO of The Estée Lauder Companies. Established in April 2015, the program now has over 470 reverse-mentor participants, with 300 executives in over 20 markets including the U.K., Canada and, most recently, Japan (which took up the program in April 2018).

“We understand the importance of giving our millennial and Gen Z employees a voice, and through reverse mentoring and advisory boards, we are engaging and empowering this group to make a meaningful impact on the business,” said Freda. “Connecting young people’s new view of the world with the expertise of our senior leaders is adding incredible value for our company. This unique connection is creating magic.”

The actual structure of the reverse-mentorship is fairly straight-forward. Phebe Farrow Port, svp of global management strategies and chief of staff to Freda, manages the day-to-day operations. Working with ELC’s human resources division, the program identifies high-performing and young talent within all of ELC’s brands, regions and divisions, and then invites them to apply to the program and undergo an interview. Then the matchmaking process begins. The program looks at those in the executive leadership team in need of a reverse mentor, based on trouble spots pinpointed by the executive, and pairs them with someone who can offer a different viewpoint. Because the ELC organization is mostly cross-functional, someone from the global supply chain division could be partnered with an employee in omnichannel strategy, for example, Port said.

Reverse-mentors and executives are expected to meet at least once a quarter, although most meet once a month, she said, adding that there are plenty of emails back and forth where an executive requests input of advice from their younger counterpart. Freda has his own reverse-mentor, Ana Tereza Guimaraes, director of executive management initiatives. Reverse-mentors have established their own internal community on Yammer as well and can communicate with each another across markets and divisions to find out what the industry landscape is in each market, as well as share articles and collaborate.

“It’s gone beyond what is happening in each market to cut through red tape and help us do our daily jobs. We can now go right to the source of another person in the same role in a different market,” said Guimaraes.

As the company grows organically, as well as through acquisitions, it needs to constantly work to engage its younger employees and corporate structure to adapt and reflect the changing cultural landscape; this is in order to not only attract and retain young talent but also make sure the company stays culturally relevant. As of June 2018, ELC has over 46,000 employees, and nearly 70 percent are millennials or Gen Zers, according to an Estée Lauder Companies spokesperson.

The boards are comprised of people in various job roles, but each works on specific business projects led by an executive leader who manages the board.

For example, in 2017, La Mer wanted to resonate with the young consumers, and its advisory board was tasked with ideating a campaign around moisturizer in the winter that would provide a younger feeling without comprising brand equity. Ultimately, the board came up with the idea of using the Danish concept of hygge (which translates to “cozy”) and launched a social media campaign around this concept in March 2017. More recently, the U.K. advisory board provided feedback on the imprint of a Becca compact (Shimmering Skin Perfector Pressed Highlighter in Royal Glow). Their background work ultimately helped the brand choose its crown version that went to market in May 2018.

To date, there have been 155 completed business projects developed by the boards, although an Estée Lauder Companies spokesperson said it was not possible to determine the monetary value that advisory boards provide. Boards are refreshed every 12 to 18 months as employees change roles or move into different parts of the business.

As these programs evolve, ELC will also spend more time thinking about how to adjust and incorporate more Gen Z employees, according to Port.

“We [have] all [been] thinking this is one pot of young people, but Gen Z is so different in what they value and how they do things,” said Port. “That will be a focus moving forward — how millennials and Gen Z groups are different.”

The payoff for younger employees of this program is twofold, according to both Port and Guimaraes. Employees are able to not only gain leadership experience and exposure to executives, but their participation is also added to their human resources review as going “above and beyond” their responsibilities, Port said. Employees, of course, are also given the opportunity to feel valued by their employer, which ultimately contributes to a more productive workplace and helps the company recruit and retain talent, Guimaraes added.

“The community we create gives people a sense of belonging for employees that is important to them and gives them an opportunity to contribute on a board and in a reverse mentorship way that is rewarding and special and has become a huge factor in recruitment and [retention of employees].”