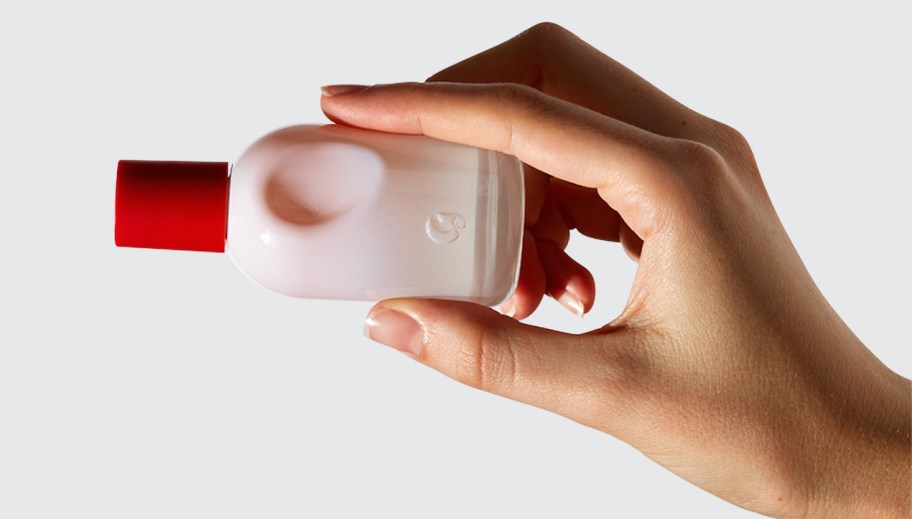 Glossier You and the power of digital-only fragrance

The fragrance category has struggled to find its footing in a digitally-dominant retail environment, but some personal fragrances have managed to buck the trend.

Glossier You is one digital-first fragrance that has performed well, even in spite of Covid-19’s recent impact on the fragrance industry. Fragrance category sales declined 8% in 2020, according to NPD Group, in part due to the impact of shopping online. Fragrance declined at the slowest rate compared to makeup and skin care, thanks to strong sales in the second half of the year, including holiday gifting. Yet, Glossier You sales have grown by double-digit percentages every year since launching in 2017. In 2020, it was one of Glossier’s top-five products based on revenue.

In a customer fragrance survey conducted with 750 people in July 2020, 25% of Glossier You purchasers said they bought it without ever having tried it. Furthermore, nearly 40% of customers who bought Glossier You last year were entirely new to the brand. Half of the survey respondents said they’re wearing fragrance less due to Covid-19, but when they did, they opted for perfumes like Glossier You because they have a lighter and less overwhelming scent profile.

“We wanted to gather insights on how our customer base was engaging with Glossier You, so we could [evolve how to] speak about that fragrance position,” said Ali Weiss, Glossier svp of marketing.

Weiss said that Glossier has been reactivating its focus on Glossier You, by showing it more frequently in its social media channels and putting more paid advertising behind it. A primary focus is on using the product’s reviews, which currently sit at nearly 2,500 reviews and average a 4.5-star (out of five) rating on Glossier.com. Survey respondents said reviews on Glossier.com were the most important consideration when purchasing from the brand overall. They were the second most important for Glossier You buyers specifically, following samples. Glossier has maintained an ongoing fragrance-sampling program since 2017.

Reviews are treated with prominence on Glossier You’s product page. In the page’s hierarchy, there is the product description followed by the “Add to Bag” button, and immediately beneath that are three review highlights with an option to read more. All Glossier product reviews can be filtered by skin type, age range, skin tone and reviews with photos. A glimpse of the reviews and their common attributes read like Proust’s comment on madeleines. Reviews feature cinematic and literary descriptions of the fragrance, while less effusive reviews also have common traits, such as references to the fragrance’s lightness, reports of receiving compliments and remarks that the scent profile changes over time — some people reported liking this, while many others said they did not.

While it may seem odd to for a perfume to receive this type of attention, it is a common trait that Glossier has encouraged from the start. When the Into the Gloss blog first ventured into beauty by asking people about their dream face wash in 2014, Glossier CEO Emily Weiss mused that Elle Fanning would play the face wash (which later became Milky Jelly Cleanser) in a movie. Into the Gloss readers responded in kind, with references to actors Eddie Redmayne, Emma Stone and Cate Blanchett serving as muses in their feedback. It is also indicative of how attitudes toward fragrance have evolved to become less about outward sex appeal and more about inner beauty. Glossier does not incentivize customers to leave reviews, but does send fragrance customers a reminder to leave a review approximately two-and-a-half weeks post-purchase, Weiss said.

“What Glossies does well is that it positions itself as a lifestyle brand and makes their consumers into a community,” said Kenya Watson, CB Insights analyst. “It sees itself as a beauty ecosystem. Whenever Glossier releases a new product, it’s something consumers feel they collaborated with the brand on. [It] is being served to them, rather than being sold to them.”

It also must be said that Glossier You benefits from being the sole fragrance within Glossier’s product portfolio. Reducing the paradox of choice is especially helpful for a product that is perhaps not only the most subjective within the beauty industry, but also related to a powerful sense that is yet to be fully understood or appreciated.

“[With a single fragrance] customers can focus in on Glossier’s point of view on fragrance and understand that our approach to fragrance is very consistent with our approach to beauty,” said Weiss. “The idea of fragrance and what it does for you as an individual, versus what it makes you appear as to someone else or the people around you, is a new evolution.”

She added that this distinct point of view doesn’t preclude future fragrance launches nor hinder Glossier You’s success, should the fragrance portfolio expand. Glossier is currently exploring options to bring back a solid version of the fragrance, which previously existed from Feb. 2018 to Nov. 2019, when it was discontinued. Weiss declined to share a launch timeline.