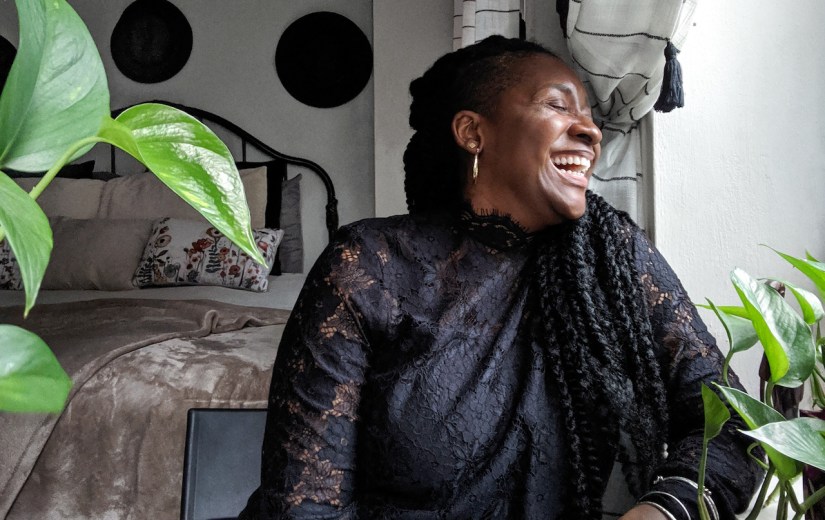 Beauty & Wellness Briefing: The art of the virtual beauty campaign

When consumer products incubator Arfa debuted in March, its co-founders, Vice alum Ariel Wengroff and ex-Glossier president and COO Henry Davis, could not have predicted their first six months in business.

While all companies have had to pivot fast because of Covid-19, Arfa was in a unique position as it followed the DTC-only model — one that Davis helped perfect at Glossier. Arfa was announced on March 10, and it’s first brand, Hiki, launched on March 17. Originally, four of Hiki’s body-care products were priced at $14.50 each, and its body wipes were priced at $10.50. But once the pandemic hit, Arfa’s team decided to give the products away for free instead of making them available for purchase online. Wengroff said the company gave away over 20,000 Hiki products to consumers in all 50 states in a four-month timeframe. On July 8, Arfa finally made Hiki available for sale, simultaneously launching a hand sanitizing wipe not originally in the product lineup.

“It’s wild. I can’t believe our launch was six months ago. It feels like years ago,” Wengroff said to me on a recent call. “When Covid[-19] overtook the U.S., we didn’t really think it was responsible to launch a brand for sale. And we also knew that if someone was feeling a certain way, someone else was too, and we wanted to make people feel comfortable in their own skin and feelings. We used the resources that we had to galvanize our Collective, who cared deeply about this brand and its development, and to respond to what was the most important thing in the country.”

That’s one thing that has not changed for Arfa in the wake of coronavirus; its “Collective” is driving its path forward. Arfa’s Collective is what other beauty and personal care brands may call a community. But instead of only informing product lineups or being the first to know about a launch or event, Arfa’s Collective co-creates its brands and 5% of profits are given back to its members.

Arfa’s second brand, State Of, which launched on August 25, was made for menopausal women. It is directly correlated to Hiki and Arfa’s larger community base. For example, “For Any Body” is on Hiki’s packaging, to reiterate that “everybody sweats.” Following the conversation around sweat with Collective members, State Of was born.

“If you want to talk about sweat, let’s talk about hot flashes,” said Wengroff. “When we started thinking and talking about menopause, perimenopause and menopause are underfunded and under-researched, and over half the population experiences it. But when you Google menopause, you’re not seeing Michelle Obama. You’re seeing really old images and an outdated representation of what that phase in life looks like.”

State Of’s social media does include images of Obama, and actresses Angela Bassett, Maya Rudolph and Sandra Oh (all of these women are 48 and older). But displayed more prominently than these celebrities are members of the 100-person Collective group that created State Of.

State Of’s just-launched imagery and campaign represents a shift for brands. Pre-pandemic, brands were known to give creators and influencers highly instructive criteria to be featured in campaigns or to send them to far-flung locales to hype up launches. Even highly publicized UGC seemed to have a professional production quality. In State Of’s launch campaign, which was done over Zoom, Helen Steed, vp and creative director at Arfa, directed talent, but also asked them to be themselves. Steed is 52 years old, and had previously worked at Bumble & Bumble, Creed, Estée Lauder and Glossier. She acknowledged that no brand out there is speaking to women like her well.

“I’ve been in the beauty industry for a long time, and we’re usually talking to that 20- or 30-something. If we are talking to someone my age, it’s with an anti-aging approach. It’s about fixing and curing something, instead of about what your needs are, and how your hair, body and skin has changed,” said Steed.

Of course, UGC has been trending for the last two years, but with inclusivity and diversity conversations reaching a critical point, real consumer campaigns have to look like real consumers. This is especially true as shoppers have largely remained home for more than six months, and are paying more attention to the brands they are interacting with.

Lina Krakue, 49, was one of the women in State Of’s campaign. She said, at first, she wasn’t sure what to expect of being part of the Arfa Collective, much less being featured in a remote campaign as the products finally came to life.

“I was approached mid last year, and I actually didn’t know what to expect. I just went in with an open mind thinking I was going to get some free products and listen to some boring talk from uninspiring people, probably men. It was so not like that. I was impressed with how invested the team was, and it moved me to look at my experience and needs in my current state of change,” she said.

While the State Of Collective group was exclusively women, Hiki did have male members participate in its development.

“Our model is specifically designed to ensure we are close to all the unmet needs of our customers from the very beginning and we constantly are looking to add to and refine our offering to better serve our customers. We’re already working on some extension products that address other needs of our Arfa Collective members,” said Davis of additions to Hiki and State Of. Arfa would not disclose how many customers it has or any financial figures.

Arfa isn’t the only player in beauty and wellness willing to dabble in remote campaigns, considering it’s been the only resort for companies since March. However, it’s upstarts that are willing to relinquish creative control.

Katie Welch, Rare Beauty CMO, told me that the brand sent 48 primers, foundations and concealers, and a ring light to 48 community members to shoot selfies on their iPhones for its first campaign. “When we were preparing our visuals and launch materials earlier this year, we’d planned to shoot the shades on 48 individuals to showcase our 48 foundations and concealers. Covid-19 changed our plans, and we pivoted to a remote shoot,” she said. These images are not only on Rare Beauty’s social channels, but also on Sephora’s.

Hilma, another DTC startup that launched in January, with the aim of revamping the medicine cabinet, is another company that has tackled the remote campaign. Its products include takes on headache medicine and immunity supplements. In mid-August, it launched its “Support System” series through video, email, its e-commerce site and its social channels — it is running for five weeks. Its co-founder and chief brand officer Lily Galef asked the brand’s community members questions  over Facetime, like “What does immunity support actually mean?” The multiple videos featured non-traditional answers like “Orange juice” and “That’s a hard one,” and then probed into customers’ healthy habits. The launch video featured 20 different voices, and subsequent videos highlighted Hilma’s five instructions for healthy living: getting enough sleep, managing stress, exercising regularly, eating a balanced diet and taking supplements.

“We didn’t think this area of wellness was well-understood, and there is a lot of fear mongering going on with Covid and proclamations of a silver-bullet cure. So, we let people talk through it,” said Galef, who shared that the first video got over 1,000 shares and was the source of double the usual daily traffic to its e-commerce site.

“It was certainly the scrappiest thing we could do from a cost perspective, but it also provided us the most credibility,” she said.

Building that kind of trust is key to activating customers as they are being bombarded by e-commerce shopping initiatives. And with the cost savings of not needing to hire influencers, agencies, photographers, stylists and more, smart brands likely won’t go back to their pre-coronavirus marketing ways.

For State Of, Krakue shot her images in her bedroom and described it as “fun and intimate, at the same time.”

“It forced me to be patient and listen as I had to embody different moods — even ones I wasn’t comfortable with — to convey messages. Sometimes I had to dig deep to feel and connect with that,” she said.

Considering that menopause is a deeply personal topic to speak openly about, Krakue said she felt “relief” from the Collective “to know that there really were other women going through ‘the change'”, which she called “a stupid old lady phrase.”

“I feel like I should be wearing polyester when I say that,” she said. “As the products rolled out, I was ecstatic, because the products were so high-end looking and the price point [was] reasonable. These were products I would proudly display in my bathroom. Hell, I would leave the empty containers out just because they’re so bougie-looking. They’re sexy.”