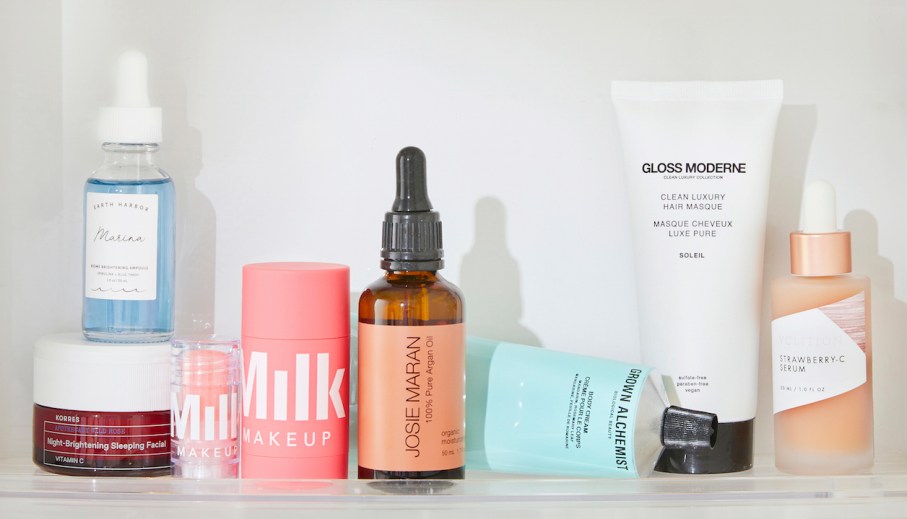 Quarterly subscription box FabFitFun entered into the clean beauty fray on Wednesday with its version of a no-no ingredient list — marking its first step to becoming a larger conscious consumer company.

Called the FabFitFun Standard, the list contains 12 ingredients or classes of ingredients, such as Benzene, Oxybenzone, Triclosan and Triclocarban, and a suite of phthalates. The listed items will not be found in any of FabFitFun’s skin care, makeup or body products as of spring 2021. FabFitFun plans to add to it quarterly, said Sarah Rinker, FabFitFun beauty director. She said that the list had previously been internal, but that the 11-year old subscription box company wanted to demonstrate transparency to its subscribers.

“We didn’t just want to list products that were federally regulated; we wanted to go above and beyond that,” said Rinker. “That’s why there are probably some ingredients you’re seeing that haven’t been banned everywhere yet. But we believe they will be.”

Rinker refers to ingredients like hydroquinone, oxybenzone, triclosan and triclocarban. They’re all approved over-the-counter ingredients, according to Perry Romanowski, a cosmetic chemist. Romanowski has worked as a formulator for beauty brands including St. Ives and Tresemmé, and is the founder of the cosmetic chemist resource website Chemists Corner. Hydroquinone has received backlash for its use in skin-lightening products, while scientific research has deemed oxybenzone (commonly used in sunscreen) unsafe for coral reefs. Triclosan and Triclocarban, which are found in antibacterial products like face washes and hand soaps, have stirred up concern for being possible endocrine disruptors and carcinogens, but the Food and Drug Administration states there is no conclusive evidence.

“These aren’t really ingredients that anybody really uses [in the U.S.] or uses often anymore. I don’t know how brave they’re being by banning stuff that nobody uses,” said Romanowski. “These lists don’t make consumers safer, but they do convince consumers [that a company] cares about them.”

Rinker said the list was developed in consultation with FabFitFun’s integrity team, a toxicologist and crowdsourced members, and follows the latest cosmetic regulations.

Aside from FabFitFun Standard, the company has made other notable additions to its business. In July, it switched to 100% post-consumer recycled boxed and kraft paper, among other sustainable packaging efforts, and in Oct. 2020, it launched an auto-subscription program for individual products. The company now has 1.5 million subscribers, 50% growth since 2019. It earned more than $300 million in 2020 revenue, according to a FabFitFun spokesperson, but they declined to share further figures or comment on a potential IPO in 2021. FabFitFun laid off 100 people in Feb. 2020 and shuttered its “FabFitFun Live” show on Facebook, according to Variety. It also recently concluded programming with its former partner QVC in Dec. 2020, though Katie Rosen Kitchens, FabFitFun co-founder, said the two companies will likely work together again in the future.

Other retailers and brands, including Beautycounter, Sephora and Credo, have offered their own versions of banned ingredients lists for years, meaning FabFitFun is behind when it comes to clean beauty. However, FabFitFun plans to go beyond clean beauty by also establishing conscious consumer standards for its fashion, home, fitness and other lifestyle categories over the next two years. Additionally, consumers will be able to filter beauty product ingredients, such as gluten-free, by the end of 2021.

FabFitFun shared its no-no list to its 1.5 million members on Wednesday through a dedicated email and its community page on FabFitFun.com. The company hosted an Instagram Live announcement to share it more widely. The list will also be featured in the company’s magazine distributed in the spring 2021 boxes.

“Transparency is expected from the consumer. We want our members to trust us and know that we are always going to be curating the best and the highest quality products for them, and that we’re going to listen,” said Rinker.