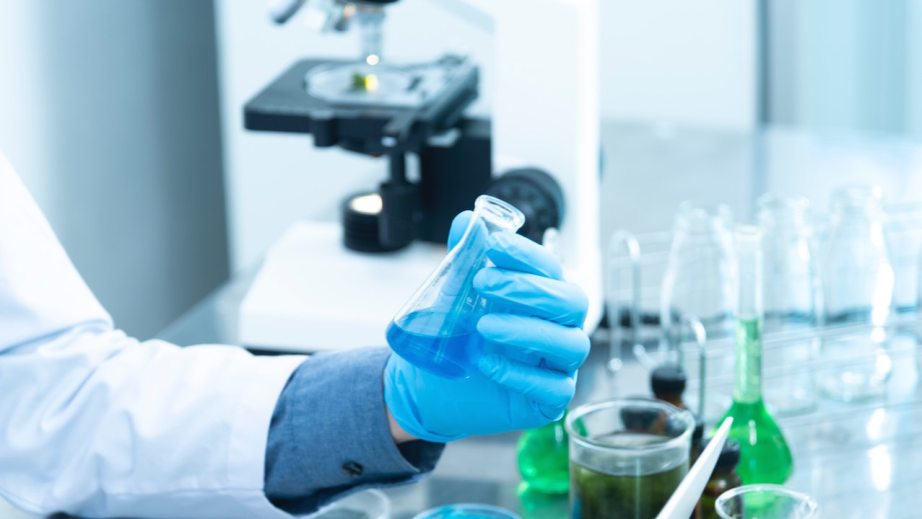 ‘There’s a stigma’: Clean beauty insiders weigh in on the ‘paraben-free’ label

Clean beauty has evolved from a trend to a force within the larger beauty landscape. Retailers like Sephora are forming their own set of standards and “no-no” ingredients lists, while brands like Beautycounter are lobbying Congress to pass stricter legislation around chemical ingredients.

But that does not mean the entire beauty industry is on the same page about certain aspects of clean beauty. Parabens, for one, have suffered ire and have come to represent problems with synthetic preservatives overall. Glossy examined this controversial ingredient by asking brands, retailers and manufacturers to weigh in on its reputation and impact on the beauty industry.

What are parabens?
Put simply, parabens are a family of different preservatives first commercialized in the 1950s. There are several different kinds that pop up on ingredients lists, including methylparaben, ethylparaben, propylparaben, butylparaben and isobutylparaben. Each is a synthetic compound formulated in a lab environment.

They can be found in deodorants, toothpastes, shampoos, conditioners, and makeup and skin-care products. Their distinct purpose is to prolong the shelf life of products by preventing the growth of microbes, like yeast, bacteria and mold.

Why are beauty brands and retailers avoiding them?
While clean beauty continues to evolve, much of parabens’ bad rap stems from health concerns. First, a 1998 study showed that parabens can minorly mimic the body’s own estrogen hormones. Then, a 2004 British study kicked off scrutiny by stating it detected traces of five parabens in the breast tumors of 19 of 20 women. Separate research has shown the possible link between parabens and an increase in estrogen beyond normal levels and also breast cell division. Since 2004, Google Trends has tracked the growth in searches for “paraben-free,” which has continued to increase over time. In 2018, searches for the term increased by nearly 20%. And Nielsen found that over the last two years, facial cosmetic products claiming to be paraben-free increased from 43% to 54%.

“Everybody should be able to use whatever ingredients they want when they want, but they should know the ingredient information and be able to make a decision with their eyes wide open,” said Kathryn Dickinson, founder of clean beauty retailer Aillea.

So parabens are harmful?
The aforementioned 2004 study made no conclusive finding of the role parabens play in causing or accelerating breast cancer: “This small study does not prove a causal relationship between parabens and breast cancer, but it is important because it detected the presence of intact parabens — unaltered by the body’s metabolism — which is an indication of the chemical’s ability to penetrate skin and remain in breast tissue.”

Varying health and clean beauty advocates such as the Campaign for Safe Cosmetics have since begun pressuring the Food and Drug Administration to ban parabens in products in the U.S. — the European Union did so in 2012. Advocates often point out that the last major change in laws related to the cosmetic industry occurred in 1938. Still, beauty brands and retailers have already begun leading the charge on the anti-paraben bandwagon.

“It’s not that the FDA doesn’t regulate, but the [1938 legislation] is sufficiently broad enough to say that you can’t sell anything unsafe,” said Kelly Dobos, president of the Society of Cosmetic Chemists. She also pointed out that manufacturers must substantiate the safety of their products. For example, testing to make sure that products do not produce or include ingredients that are allergens.

As of 2013, studies on parabens are still “conflicting” with “insufficient data suggesting serious consequences,” according to a study from the University of British Columbia. And again, in 2017, the U.S. government affirmed its approval of parabens for cosmetics based on an evaluation from 2006.

“The industry is trying to sell people on the idea that natural is safer, but this goes back to fact that neither ‘natural’ nor ‘clean’ have any regulatory definition,” said Dobos. In essence, a product like mercury or lead are both substances that are found in nature, but you would not want to put either on your face or in your body.

What’s the impact on the industry?
The debate over parabens has resulted in a standoff with customers stuck in the middle. Various people and groups, like Dobos and Cancer Research UK, say the discussion over parabens is fear-mongering and unsubstantiated, while others like Credo Beauty and Goop say the inclusion of parabens is at best reckless and at worst injurious.

“I err on the side of caution,” said Dickinson. “It’s not about it being proven to be toxic, but that [an ingredient] is proven to be safe.”

There has been a rush to find acceptable preservative replacements, as a result, which can cause longer product development cycles or exposure to other, harmful preservatives. For example, Dobos cited that methylisothiazolinone, (MIT) has been a common substitute for parabens, but the European Union has since found that MIT is a skin irritant and that its “unprecedented” exposure was due to cosmetic products.

Dobos also said she has seen an increase in microbial contamination in beauty products, which are publicly published by the FDA online and which she believes is due to the decreased usage of preservatives known to be effective. Of the 18 most recent alerts between February and July, 10 are related to various contaminations by microbes.

Greg Black, Clean Beauty Collective president, said the fragrance brand feels stuck between what it knows to be true and what customers and retailers want. He said some of its products used to contain parabens but were reformulated in 2014 — the brand now states it is paraben-free on its packaging. But he is aware of the unproven studies around parabens and that the brand’s aim of removing them was to develop trust with its consumers.

“It’s unfortunate [we can’t use parabens] because there’s a stigma, but we want to make sure consumers feel safe when using our products,” he said. “I understand the irony of it all; we know it’s not harmful even though we have decided to formulate without them. But it’s hard to debunk the myth to a consumer on the back of your packaging.”