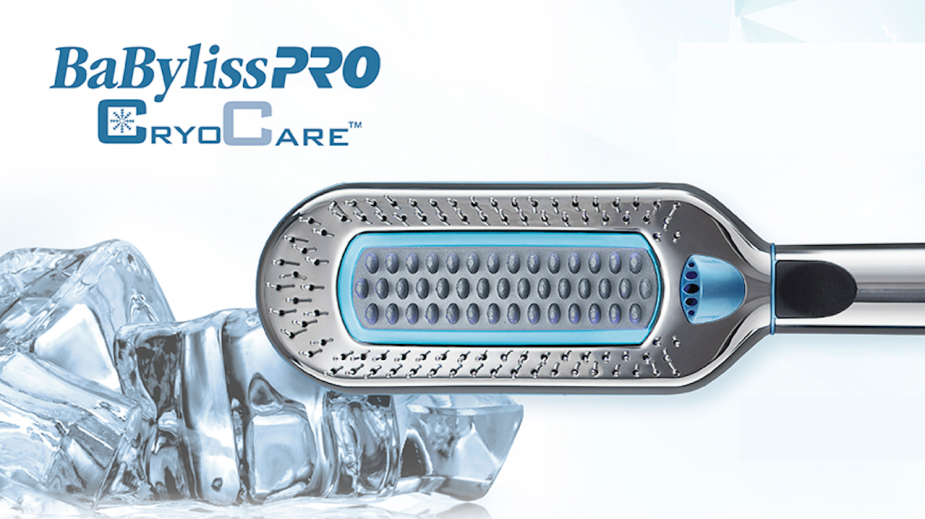 BaByliss Pro, under the Conair umbrella, is trying to establish cryotherapy as the next big thing in hair tools.

Its new tool, called The ColdBrush, features a brush head that gets freezing cold instead of hot. The brush is meant to reduce frizz, increase shine, and hydrate and smooth the hair. It can be used on both wet and dry hair and retails for $190. BaByliss, which was acquired by Conair in 1995, is a premium brand that sells hair tools like straighteners, blowdryers and hot rollers through retailers like Amazon, and professional channels like Cosmoprof and Salon Centric.

The ColdBrush launched on Ulta.com on Aug. 7 and will hit Ulta stores on Sept. 1. It will remain an Ulta exclusive through the end of September, before an undetermined number of salons begin selling the product in October. According to an Oct. 2019 Mintel report that surveyed just over 1,000 women, 92% of respondents had used a hair tool device, but 49% were concerned about the damage that tools do to their hair. It showed that there is not only saturation in the hair tool category, but also unmet customer needs.

Alan Stockman, BaBylissPro general manager and svp, compared cryotherapy’s entrance into the hair category to the journey that cosmetic injectables like Botox have experienced. Prior to its use as an aesthetic product, Botox was first approved by the Food and Drug Administration in 1989 to treat eye muscle disorders. Later, in 2002, it was approved for cosmetic purposes. Meanwhile, cryotherapy started off being used by athletes for recovery and pain relief, but it can also now be found in facial devices, as part of facial services and in body contouring.

“Botox was something that was uniquely specialized, but where the [cosmetic injectable] industry found broader use for it,” said Stockman. “We’re going to take cryotherapy more broadly, and we foresee ColdBrush spearheading these kinds of tools in personal care.”

It is not the first time that cold concepts have been introduced in hair tools, but the ColdBrush appears to be the first at-home device of its kind. Australia-based KeraSoul introduced a “Cryo Detox” salon treatment in April 2019, which uses cold fumes that supposedly reach -320 degrees Fahrenheit, while Brazilian-based Hair.Toxx offers another salon treatment that uses a cold straightener (reaching 3 degrees Fahrenheit) in conjunction with other hair products. New Zealand-based Inverse offers an at-home device that looks like a cordless straightener, but users are meant to freeze its two detachable plates before using it. Additionally, cold water at the end of a shower to seal the cuticle of hair strands is a longstanding DIY tactic to increase hair shine.

“The CryoBrush concept seems similar to why we use the cold setting on a hairdryer, which is essential to lock your hairstyle. Applying cold to the hair in the styling process seals the cuticle of the hair shaft, which gives you a shiny and smooth finish,” said Andrew Fitzsimons, celebrity hairstylist who has worked with Kylie Jenner and influencer Shay Mitchell, among many others. “I’m interested to see how this works, especially with the built-in brush, as the quality and type of brush can also have a big impact on the overall style.”

From a marketing perspective, Stockman said that BaBylissPro gifted ColdBrush to approximately 25 unpaid influencers with a total of more than 1 million Instagram followers across lifestyle, fitness and home categories. The narrative of the new product will center on being an at-home device to not only style the hair, but also improve the quality and health of hair.

Stockman declined to cite BaBylissPro sales figures, but said that sales declined in April and March but have rebounded since May. Some retailers and distribution partners are seeing year-over-year sales increases, he said.

“There’s definitely a shift in behavior and, you know, who knows where the puzzle pieces are going to fall. But what we are seeing is there is a demand for our [at-home] hair tools,” he said.

Editor’s note: A previous version of this story cited The ColdBrush would enter 1,500 salon doors in October. This figure was incorrect and has been updated.