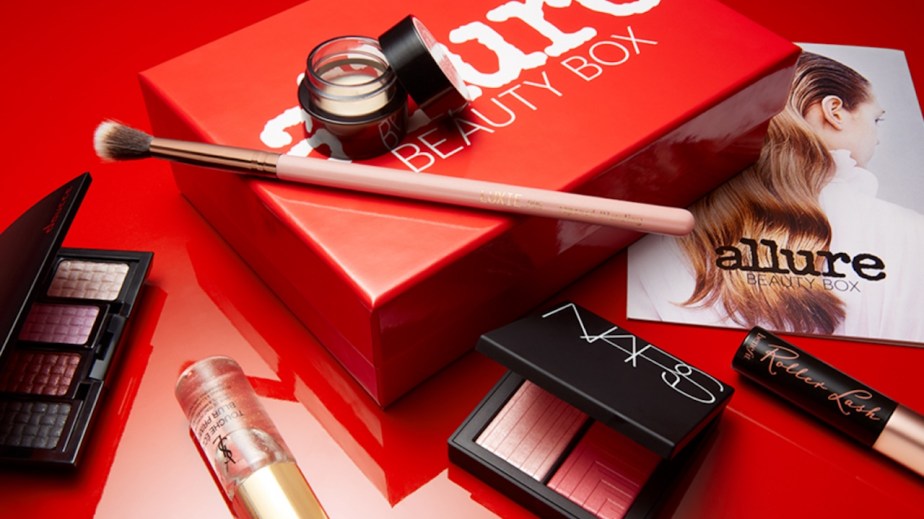 This week, I examine media publications with their own community-backed beauty brands and whether they’re a lucrative revenue opportunity.

When Beauty by PopSugar first launched in 2018, it made a concerted effort to market itself as a “community-led” brand backed by beauty veterans Pamela Baxter and Cathy O’Brien, who co-founded Bona Fide Beauty Lab consultancy. As a publication, PopSugar reached 100 million people a month at the time of the beauty brand’s launch. And with an exclusive distribution deal with Ulta, industry sources estimated the brand could achieve $20 million in sales in its first year. But Bona Fide Beauty Labs PS LLC., which produced and sold Beauty by PopSugar, filed for Chapter 7 in Dec. 2020. Since, many people have wondered what went wrong.

O’Brien and Baxter declined to comment for this story, though the consultancy portion of the business remains operational. Meanwhile, a spokesperson from Group Nine, which acquired PopSugar in 2019, said in a statement: “PopSugar had a brand licensing deal with Bona Fide that we ended in December [2020]. We were unaware of the state of Bona Fide’s business overall, as they produced and marketed several beauty lines. We are having active conversations with several new partners to launch other beauty lines, which will most likely have a new name.”

While it has been pointed out that Beauty by PopSugar faced stiff competition from buzzier influencer- and celebrity-led brands, Beauty by PopSugar is not the only beauty brand to debut out of a media publication. Over the last five years, the continued decline of magazine subscriptions and traditional advertising revenue has led to shifts across the publishing industry. One hallmark is a revenue stream intent on selling beauty products directly to readers. Many of the companies have claimed to use their readership data to develop the brand, and that their readers would become instant customers.

In 2019, Clique Brands, which owns the Who What Wear digital site, helped launch a separate entity, skin-care brand Versed. This was followed by Hearst-owned Cosmopolitan magazine launching its perfume collection Eau de Juice in 2019 through Ulta. Elle magazine licensed its own Elle fragrance in the U.S in May 2020 through Walgreens. And Condé Nast-owned Allure magazine, which began offering a beauty box subscription business in 2012, recently announced plans to open a physical beauty store in the SoHo neighborhood of New York in the third quarter of 2021.

According to Eva Platini, the director of licensing in the Americas for Elle magazine, Elle and its sub-brands like Elle Décor have licensed their names for over 30 years. There are currently over 100 licenses worldwide and represent over $600 million in annual revenue globally across products and services. In the U.S., there is an existing Elle hair accessories and beauty appliance collection, among other licenses.

“The positioning of the Elle brand is not supposed to be luxury. It’s supposed to be accessible to all women,” said Platini. “[Walgreens makes sense as a sales channel] because retailers like CVS and Walgreens are making bold moves to become beauty destinations, and we can see a bigger overlap between health, beauty and wellness.”

Platini said her goal is to further develop beauty licenses in the Americas because existing beauty licenses have gained sales traction over the past two years. She said a second U.S. fragrance and a nail product are in the works, both with undetermined launch dates. She hypothesized that beauty YouTubers and influencers are fueling consumer interest. Meanwhile, a Hearst spokesperson said that Cosmopolitan’s Eau de Juice line is expected to bring in $10 million in sales globally in 2021. The perfume collection launched with Ulta Beauty in Aug. 2019 and expanded to Kohl’s in 2020. It has an exclusive body mist collection with Walmart, as well.

Allure, which celebrates its 30th anniversary this year, is also ramping up its beauty efforts with the buildout of a 2,900-square-foot storefront in the SoHo neighborhood. There will be sections dedicated to its Best of Beauty Award winners and a rotating selection of editor-curated products that correspond with Allure’s stories and videos.

Allure already maintains its Allure Beauty Box, which launched in 2012 and was brought in-house in 2015. Condé Nast now manages the product’s customer data, research, customer service and brand relations. In Oct. 2020, the box’s price increased from $15 to $23 per month. At the same time, the box reformatted its offerings to include at least six products with at least three full-size items, which was an increase from five products with two full-sizes. It also introduced exclusive access to Allure quarterly events for box subscribers. For now, these events are digital, but the company plans to host in-person beauty box member events at an undetermined date.

“Allure is not just a media brand, we’re a brand,” said Michelle Lee, Allure editor-in-chief. “Thinking of ourselves in a broader sense gives us the freedom to dig deeper to fully explore what our audience wants from us, whether that’s consumer products like the Allure Beauty Box or experiences.”

Both Lee and Jacquelyne Rankin, ‎Allure Beauty Box executive director of sales development, declined to comment on whether these types of initiatives are imperative to the publication’s financial health, but a Condé Nast spokesperson said beauty box revenue grew between 2019 and 2020 by 20%. Allure has 4.1 million print readers, according to its 2021 media kit, a decline from the 5.6 million magazine subscribers mentioned in its 2018 kit. Allure noted in a January press release that it has experienced a 20% year-over-year increase in website traffic and a 25% year-over-year increase in time spent on Allure.com as of 2021.

Though Allure’s subscription box is managed in-house, the beauty store is a licensing deal with Stôur Group.

Managing a brand or beauty revenue stream in-house has been shown to produce stronger results in many cases. For example, the Clique-incubated Versed brand is a legally separate entity with its own operations separate from Clique Brands, despite emerging out of the company and its beauty readers. Clique Brands itself rebranded from Clique Media Group in 2018 to further demonstrate it was moving beyond traditional digital publications.

So far, this strategy has paid off. In 2020, the brand increased revenue by 200%, said Versed gm Melanie Bender. It also expanded to the U.K. and Canada last year. In 2021, it will focus on further expansion within those countries and more on sustainable practices, including reformulating products to eliminate the use of petroleum-based polyethylene glycol. Bender said that the association with Clique Brands and its Who What Wear publication helped shave off 3-5 years of brand building, because it provided immediate brand awareness.

“The real strength of the separate setup is that it lets Versed do what it needs to do, and it lets Who What Wear do the same, given that they’re very different types of businesses,” said Bender. “We’re each pursuing the strategy and the path that best serves our vision and our stakeholders. One big decision that it shaped is who we take funding from, because a great investor in a media company could be very different from a great investor in a beauty company.” Versed has raised $11 million in funding with investors like LVMH Ventures, Marcy Ventures and Sonoma Brands.

What We’re Paying Attention To:

On Tuesday, Jada Pinkett Smith and the rest of the Smith family — Will, Jaden and Willow — unveil Hey Humans, a new body brand sold exclusively at Target. Celebrity-led beauty and personal care brands have replaced the one-off fragrance venture, and the Smiths’ play is about mixing sustainability with access. The 18-piece lineup of deodorants, toothpaste and body wash retails for $3.99-$5.99, and its packaging is made of post-consumer recycled aluminum and paper. As PCR gains more traction for brands, Hey Humans is aiming to prove that the sustainability it offers can be accessible; consumers shouldn’t expect to pay a premium price. Hey Humans was created in partnership with Maesa.

Reviews are in for a new documentary on influencers.