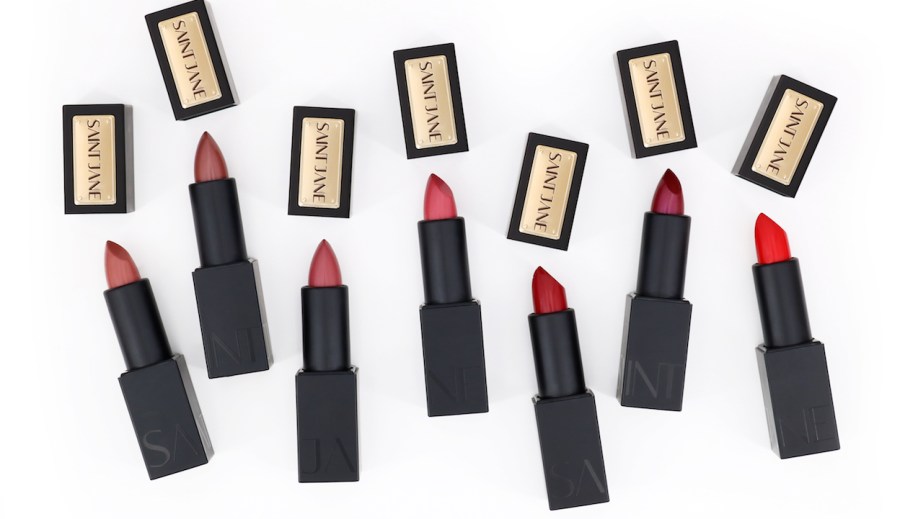 CBD is finding its way into color cosmetics.

Since 2016, makeup sales have declined, and this decline has accelerated during the pandemic. According to NPD Group, makeup sales for the first quarter of 2020 declined by 22% compared to the first quarter of 2019. But a shrinking market is often a reflection of a lack of innovation and exciting product options. CBD-infused makeup began to emerge in 2019, but 2020 shows a more intense brand interest in the sub-category. CBD brands like Saint Jane and Kush Queen have launched lip products and primers, respectively, but makeup brands like Smith & Cult, Milk Makeup and Pür have embraced the fusion even more.

Most recently, Saint Jane added to its CBD makeup portfolio in mid-May with the launch of seven CBD lipsticks sold exclusively through Credo until the end of the summer. The brand first launched CBD lip glosses in Feb. 2019, shortly after its debut in Jan. 2019.

“There’s a movement in today’s world where modern beauty brands straddle makeup and skin care; the lines are blurred more now than in the past,” said Casey Georgeson, Saint Jane founder and CEO. She declined to state the sales performance of the brand’s makeup and its 2019 revenue.

Skin-care-infused makeup is not in itself a new concept and has been around for at least 10 years. However, CBD quickly overtook the beauty industry with its purported skin-care benefits around anti-inflammation and soothing properties toward the end of 2017, making its inclusion into makeup notable. It is through the lens of its supposed superpower benefits and the kind of edginess it conveys that makeup brands are eager to attach CBD to their cosmetic products.

“People demand more from their products these days; long gone are the days of makeup that masks that don’t enhance the look of the complexion,” said Tisha Thompson, Pür vp of marketing and innovation.

Astral Brands-owned Pür recently launched seven CBD makeup products on April 20 — the unofficial weed holiday known as 4/20 — through its own DTC site and Ulta.com. It will arrive in Ulta stores on June 28 and in Macy’s stores at an undetermined time. The brand is bullish on the sub-category and plans to expand further over the next two years, said Thompson. She declined to provide sales figures, only saying it was one of the “best performing launches” this year.

Although viewed as an innovation for skin-care-makeup products, customers are not necessarily drawn to the products because of CBD, which undercuts its role in reinvigorating color cosmetics sales. On social media and customer service channels, Saint Jane customers first remark on the color of the lip glosses and their quality before mentioning CBD, said Georgeson. Still, she said CBD infuses a product not only with skin-care benefits but also an “edge,” plus it provides a fresh approach to beauty and skin-care formulation. Shelagh Wong, vp of specialty retail at Smith & Cult, said that while trend-driven makeup products like highly pigmented eyeshadow palettes and highlighters are no longer the driver of cosmetic sales, there is and will always be a global interest in color cosmetics. But brands have to shift their focus away from trends, she said. CBD beauty has so far demonstrated staying power and expects to achieve nearly a $1 billion in market share by 2024, according to cannabis research firm Prohibition Partners.

“We think the CBD makeup category is going to be huge,” said Wong. “Once the consumer gets turned onto CBD and understands it beyond a kitschy ingredient, she’s going to try and understand why she’s using products that don’t have an added benefit to her skin.”

Smith & Cult, an Ulta-exclusive makeup and nail brand in the U.S, first launched a clear CBD lip balm in Sept. 2019. It rolled out seven additional lip products in February. Smith & Cult’s core customers are Caucasian and Hispanic millennial women. Wong declined to state sales performance, but said that Ulta store closures have negatively impacted the company’s sales. As with CBD products, brands selling CBD-infused makeup are prevented from traditional social media advertising and have relied on email lists, influencers and unpaid social posts on their own channels to promote their products while stores are closed. However, this has not dimmed Smith & Cult’s ambition in the space. Smith & Cult plans to add more CBD lip products and expand CBD to its nail polishes and complexion products like foundation in 2021.