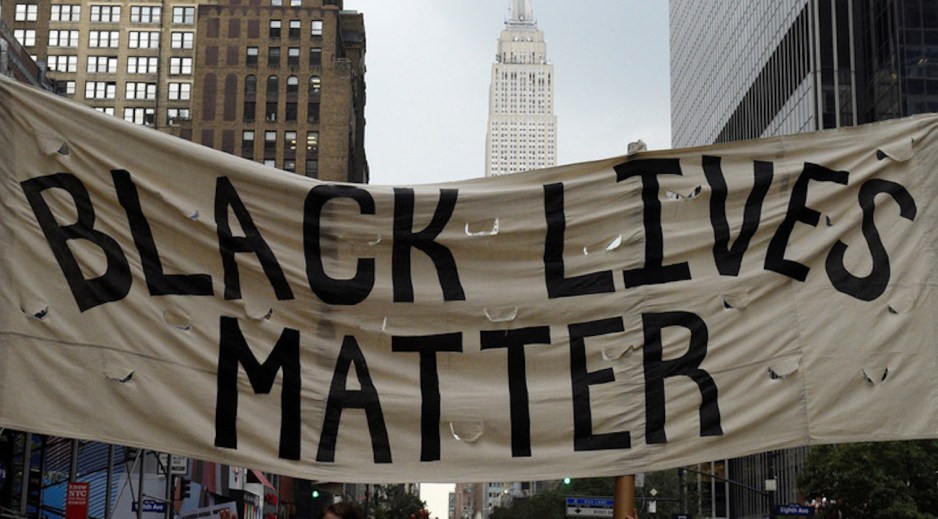 Floyd’s death spurred a national crisis, and black-oriented brands, both conglomerate- and independently-owned, responded fast on social media and via donations. But black businesses can not end racial inequality or police brutality alone, much less spur change, seeing as they make up a smaller percentage of U.S. businesses. They can, however, lead by example and demand for more advocacy from partners.

“Personally, I love that companies and retailers are fearlessly donating and speaking up on their platforms, but it’s something that should be an expectation,” said Simone Jordan, head of community commerce at Sundial Brands.

Sundial Brands, which includes Shea Moisture, Nubian Heritage, Madam C.J. Walker and Nyakio, was purchased by Unilever in 2017.  She said other Unilever companies like Dove and Ben & Jerry’s have asked for help from Sundial Brands in developing their own advocacy and social justice networks.

On Sunday, Shea Moisture announced the launch of a $100,000 investment fund that will be provided to five activists working toward social change. Jordan said Shea Moisture’s recent project is an extension of what the company has always done in real time for black issues, such as hair discrimination campaigns and bail-out funding. Shea Moisture was started by black entrepreneur Richelieu Dennis and was family-owned prior to the Unilever acquisition.

“Even with a black founder and with strong black leadership on our team, we made sure to listen to what our community wanted, and that is what is necessary to invest in long-term solutions,” said Jordan. Shea Moisture hosted an IG Live with journalist Jeff Johnson, lawyer Tanya Miller, commentator Angela Rye and minister Dr. Thema Bryant-Davis that offered both mental health and legal solutions for black communities over the weekend.

“There is the immediate impact of donating bail money or whatever needs are on the ground, and then there are programs that have to be set in place for systemic change,” she said.

Mahisha Dellinger, founder and CEO of Curls, said the company is not pivoting its business right now, but as founder, she is opening up more of herself to customers and retailers. “I am showing more of Mahisha, the Mahisha my customers may not know — the activist Mahisha. This isn’t the time to be PC, it is time to make a statement, a bold one. I am calling out my retail partners one by one. This may be deemed risky. Walmart, we are still waiting.” Beyond store closures, Walmart has yet to show corporate support toward black customers and the inequality they face.

Brother Vellies designer Aurora James started the 15 Percent Pledge on Monday via Instagram asking retailers such as Sephora, Shopbop, Target and Whole Foods, among others, to commit to buying 15% of their products from black-owned businesses. On Monday, Shopbop posted on Instagram that it “stands in solidarity” with the black community, but did not lay out its corporate plan to support more black customers or brands. Heyday co-founder and chief experience officer Michael Pollak said the facial service company will commit to the 15 Percent Pledge beginning this summer for the products it sells. Forty-three percent of Heyday employees are persons of color.

Meanwhile Curls, which is based in Dallas, is trying to help African American-owned businesses impacted by the recent looting.  “The Guns and Roses [clothing] boutique in Dallas was completely gutted. I rallied together to get [owner] Princess Pope a GoFundMe account, and she received over $100,000 in donations in one day. We have received pro bono marketing, PR and social media services for her, a crew to clean her store — and she has had four-plus [press] interviews a day since the incident.”

Beatrice Feliu Espada, founder and CEO of plant-based feminine care line The Honey Pot, said she is working for both immediate and long-term change. In the short term, she is focused on content and resources for employees and customers “to heal the mind, body and soul,” but she is also in the throes of creating a black business network allowing anyone to “fortify our communities for the future.”

“We’ve always been supporters of the black community, being we are a black-owned business ourselves,” said Feliu Espada. “There’s so much violence, disturbing images and chaos going on, we want to be platform for peace, positivity and community,” she said.

Jamyla Bennu, owner of Oyin Handmade, said her natural hair and body care company is not schilling consumerism at this point and instead “emphasizing the value of self-care as a practice, not as a purchase.”

“In these times when our communities are hurting, we may jump on a hashtag to be a part of a larger conversation, but we feel like our core mission has always been supportive of the black community,” she said.

Dellinger, too, said providing resources at this time is key. “I am educating my community on the importance of positive change through voting and protesting — not looting.”

But at the same time Dellinger is willing to step back when allyship or advocacy is not provided. “I am pulling back our resources from companies that do not support us.”