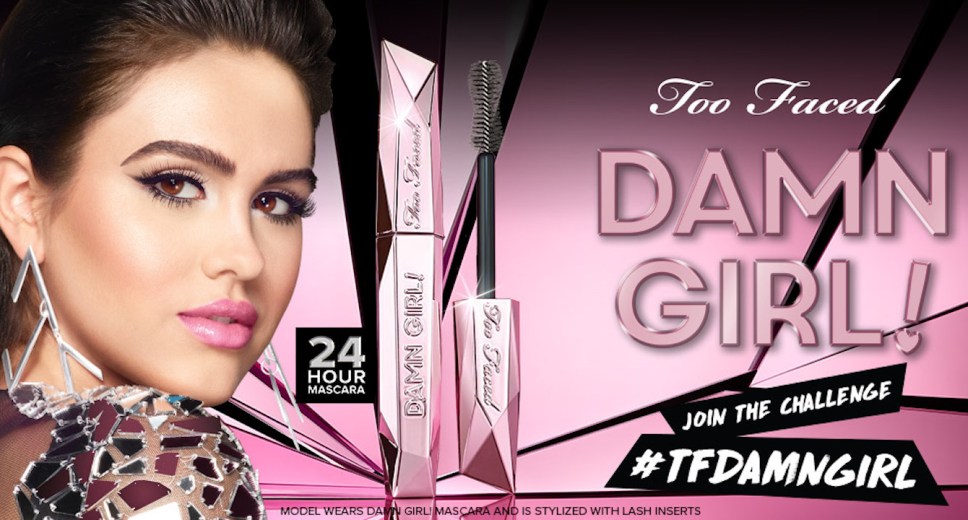 Beauty brands are setting their sights on TikTok

When Too Faced Cosmetics began noticing a spike in sales this past March in its Lip Injection Extreme plumping lip gloss, which debuted in 2013, it led the Estée Lauder-owned brand into uncharted territory.

“We were selling out of Lip Injection Extreme, and we were trying to figure out what kind of activations were driving this, and [we found] it was something that was organically happening on TikTok,” said Somer Tejwani, Too Faced vp of global marketing. “TikTok teens were using it as a part of a challenge, and it drove people into stores.”

Though Tejwani was familiar with the 3-year-old platform, she had never heard of a brand partnering with TikTok in an official capacity. That changed in June when Too Faced became the first beauty brand to collaborate with TikTok, on its paid, Damn Girl mascara campaign. Neither company would detail the financial exchange.

Too Faced may have been the first to test the TikTok opportunity within the beauty landscape, but beauty brands across the board are now looking to the platform for relevance among Gen Z. According to marketing site The Business of Apps, 66% of TikTok users globally are under the age of 30, but in the U.S., that age bracket is even lower: 60% of the app’s monthly users are between the ages of 16 and 24.

In July, Sephora became the first beauty retailer to be incorporated into its nascent TikTok rewards program, which lets users “redeem points for cool prizes to [their] favorite stores” — tangential competitors Target and Walmart are also featured, but they don’t solely sell beauty. Ulta Beauty is also said to be exploring its TikTok strategy.

Like the before-and-after challenges that were happening with its Lip Injection Extreme product on TikTok — where users were posting videos of themselves before using the product and after — Too Faced’s Damn Girl campaign used the product as a “transition gesture,” according to a TikTok spokesperson. “A unique approach they took was collaborating with creators in beauty and across a variety of categories, like comedy, dance and style, in order to tap into subcultures that extend beyond beauty,” the company said. For instance, Drea German, known as DreaKnowsBest, is seen dancing with the mascara on a sidewalk — she has 3.1 million fans on TikTok. Too Faced would not share sales figures for its latest mascara launch, but the hashtag for the campaign, #TFDamnGirl, has over 821 million views. Too Faced has only 26,900 fans on TikTok and is presently the only Estée Lauder brand actively exploring the channel.

TikTok’s appeal for its 1 billion global users is tapping into the virality of current trends, which doesn’t necessarily correspond to the pristine image that many beauty brands and influencers aspire to create. According to the platform, one of its most popular recent beauty trends was users giving potatoes makeovers with cosmetics in its #PotatoChallenge. That saw over 9.8 million views.

“These younger kids are tuning out this pay-to-play model, and brands need to realize that it can be an advantage,” said Brian Salzman, founder and CEO of relationship marketing firm RQ Agency. “The problem is that big beauty brands have used more formalized terms, packages and metrics to protect themselves against their spend, but if they wait for the official deals, then TikTok will be just as crowded as every other platform.”

Marc Anthony Hair Care, which raised $182 million in its IPO in June 2018, is one brand that’s not willing to wait, though industry sources have told Glossy that in the U.S., TikTok is internally building out its brand teams to on-board prospective clients, much like YouTube, Instagram and Pinterest have.

In April, Marc Anthony parent company MAV Beauty Brands noticed a 60% uptick in sales for its hero Strictly Curls collection that was due to TikTok teens using the product to make their hair curly or wavy — this included customers with straight hair. “We started to see it take off in a demographic that we didn’t target to, which was females, 12 to 15 years old. We began investigating, and we were surprised at how active and engaged these girls were,” said Kimberly Konstant, vp of marketing, brand and innovation for MAV Beauty Brands. Marc Anthony Hair Care’s core demographic typically lies between the ages of 25 and 40, and like Too Faced’s Lip Injector Extreme, Marc Anthony’s Strictly Curls products featured on TikTok were not new — some first debuted in 1999 and others in 2002.

Without any direct involvement or communication with TikTok, despite multiple attempts, Marc Anthony Hair Care jumped on the organic #StrictlyCurls challenge that was occurring online in mid-May by offering a free trip for two to BeautyCon L.A. in August, where the brand will be present. Users just had to follow the brand on TikTok and post a video of their challenge with the hashtags #DreamBigVolumeChallenge and #BeautyconLA. Konstant said the brand has seen 138% sales growth in June from March (before Marc Anthony truly recognized the power of the platform), and the product line has sold out in mass retail channels, like Target and Walmart. Today, the #StrictlyCurls hashtag has more than 8.1 million views, while the #DreamBigVolumeChallenge hashtag has approximately 1.3 million views.

The TikTok draw for Marc Anthony and MAV Beauty Brands — beyond, obviously, sales and a less noisy arena — is that it is the antithesis of Instagram. “Instagram is about an overly filtered idea of perfect, whereas TikTok is raw. It’s where customers go to be fun and playful,” said Konstant.

Marketing executive Benjamin Lord agreed. “TikTok hasn’t been invaded by the beauty industry yet, and there are no concerns around brand safety like on YouTube or Facebook,” he said. “It’s about creative self-expression, which naturally lends itself to makeup or hair or tattoos.” TikTok told Glossy that a new beauty trend that is gaining traction is one in which users are conducting nostalgia-style makeovers from the year 2000.

Because of Gen Z’s use of TikTok and the viral challenges that capture the current zeitgeist, many of the influencers on the platform are creators that Marc Anthony Hair Care was not previously familiar with. “There was very little crossover between influencers here and on other channels,” said Tim Bunch, MAV Beauty Brands president and chief revenue officer. “Part of the success that we are seeing is on the basis of authentic connections with consumers that are already there. We aren’t going out and paying people to do posts, but we do want to lean in. We are willing to be bystanders for the moment.” Konstant said the company is looking at ways to “reward” these early Marc Anthony TikTok adopters, but no formalized plans are in place.

Though TikTok has not yet set up a way for brands or influencers to monetize these challenges or their followings, Salzman said that companies across categories bring up the platform on marketing calls daily. “Who knows if TikTok will be around in six months or if it will be the next Vine, but it is what every brand is thinking about. It is our job as marketers to figure it out,” he said. “It’s not about the post or the metrics; it’s about the conversation, and the conversation is happening here.”

A previous version of this article stated that Too Faced Cosmetics’ Damn Girl campaign with TikTok was unpaid.