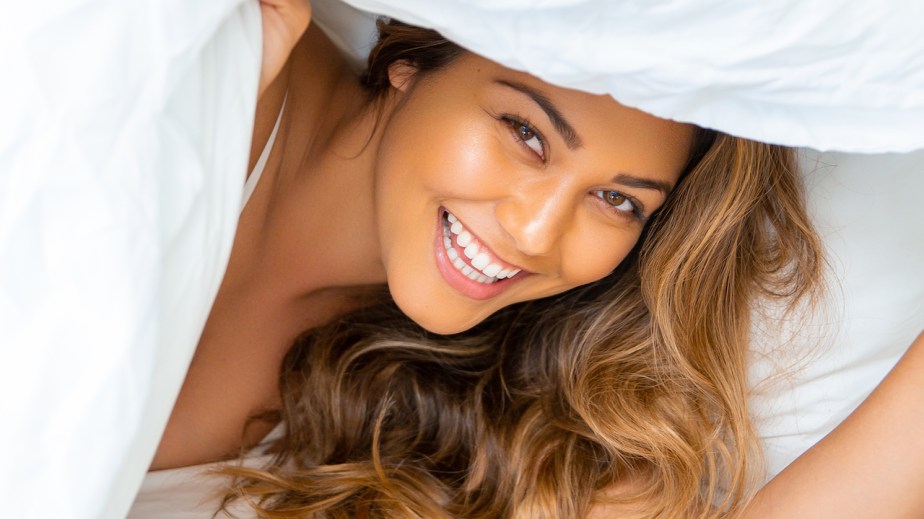 When women’s sexual health company Dame Products sued New York’s Metropolitan Transit Authority in mid-June for failing to run a $150,000 advertisement campaign that featured its sex toys, its case centered around the MTA’s sexism and its history in promoting sexually suggestive ads for male concerns, like erectile dysfunction.

“They are silencing a conversation, and running this business is harder because of this policy and because we are a women’s wellness company,” said Alexandra Fine, Dame Products CEO. She noted that while Dame has been blocked by the MTA, brands like, Hims and Roman seemed to have easily promoted their generic versions of Viagra in subway cars and stations.

But this wasn’t the first time Dame had gotten its wrist slapped for its marketing efforts. After successfully advertising on Facebook for the first half of 2018 by creating a personal brand for the company and pointing to content like, New York Times articles and BBC videos, not product, Dame was shut down for promoting adult products or services. They’re not alone. Sexual wellness brands like Fur and Unbound Babes have been faced with similar issues while marketing its grooming oil for pubic hair and lubricant, respectively, as has RealSelf when promoting breast augmentation or even facial dermaplaning.

“It was incredibly effective to the point where I didn’t think we would need an investor to grow,” said Fine. “We spent over $500,000 on Facebook and did 2.5X in return until someone decided that a New York Times article was considered naughty.” Today, digitally native Dame’s only remaining paid marketing levers are Google search, retail partnerships and content swaps with like-minded companies.

Polly Rodriguez, CEO and co-founder of DTC brand Unbound Babes, echoed these thoughts. “Facebook and Instagram are the most frustrating, but there are so many examples of male products getting approved and we are banned,” she said. “It is undeniable that there is a double standard.” Unbound Babes is currently blacklisted on Facebook and Instagram. When it tried to take out a digital ad featuring puppies to prove a point, that ad was also not approved.

Facebook’s rules around adult products and services also extend to sexually suggestive content where nudity comes into play. This is where RealSelf got into trouble. Tom Seery, CEO at aesthetic treatment marketplace RealSelf, explained that articles and videos pointing to breast augmentation information with photographs of women in sports bras had been flagged. He estimated that about 25% of the company’s digital ad buys on Facebook and Google get disapproved. On Instagram, that number is as high as 40% when treatment videos are featured.

“We do understand why the platforms have these rules and while their intent may be good, they are tripping over their understanding about women’s health,” said Seery. He explained that RealSelf appeals almost all of its disapprovals, and only 80% are approved.

RealSelf, which secured a $40 million funding round in April 2018, was appointed an official Facebook account manager in May, after 18 months of asking for direct content with a human — via Google, RealSelf still gets classified as “Not Safe for Work” and has yet to deal with an actual person first hand. While the company still has to go through the routine procedures when flagged for adult content, products and services per ad on Facebook, it now has one person to deal with versus an automated online system. This is not a luxury that smaller brands have.

Kopari, for its part, did not even broach digital ads for its recent Love Melt lubricant launch, even though the product is sold on its own e-commerce site, Sephora.com and Ulta.com. Instead, the brand enlisted 15-plus paid influencers to push content around the product.

“Facebook, Instagram and Snapchat have very clear restrictions around what they think is sex for reproductivity or health or sex for pleasure. Rather than putting the money in and then get our ads pulled, we didn’t want to risk it,” said Jeremy Lowenstein, Kopari chief marketing officer. Kopari’s net revenue for 2018 was between $10 million and $20 million.

Kopari also didn’t want to put its other key products like skin care, deodorant and toothpaste at risk to also be flagged as being sold from an “adult or sexual company.” Kopari’s products are sold at a variety of beauty and CPG retailers like Sephora, Ulta, Bloomingdale’s, Urban Outfitters and Anthropologie. Fur, which is sold at Ulta, routinely gets flagged for adult content, said Laura Schubert, CEO and co-founder. These disapprovals range across products, like its hero Fur pubic oil, as well as the brand’s body scrubs.

Spend is an issue, according Rodriguez. “You won’t see any of the brands in our space experience hockey-stick growth because the channels available to grow aren’t available to us,” she said. Rodriguez credits her company following to customer loyalty (it launched a vehicle à la Sephora’s Beauty Insider program this year that now has over 10,000 subscribers) and distribution at retailers such as Cult Beauty and Neiman Marcus. After being in business for seven years, Unbound is expected to hit profitability just this month.

“Our cost of customer acquisition is about $5 to $7, so the idea of dumping a bunch of ad spend into channels with an uncertain payoff is terrifying,” she said. “The buyout of one subway car is, at a minimum, $55,000 a month. We don’t have the budget of a Hims.” Unbound Babes has raised $3.5 million since launch, whereas 2-year-old Hims has raised $197 million.

Though the entire femtech space hit about $400 million in funding in 2018,that pales in comparison to what Hims has done solely on its own. The company, which also sells a line of women’s products through its sister brand Hers, declined to comment on its digital or out of home advertising tactics for this story.

However, in Fur’s case, the use of digital ads has not proven unviable, and the brand is not pursuing more out of the box marketing attempts as a workaround. Seery was in the same camp.

“You have to stick to the scientific facts and not even really talk about how our products are for vaginas,” said Beatrice Feliu-Espada, founder of The Honey Pot, which sells a plant-based line of feminine wipes, lubricants, refreshing sprays and tampons. With the addition of Walmart stores in March, The Honey Pot is in 6,000 retail stores, including Target and CVS. Though not as restrictive as Facebook, Google and Instagram, in-store merchandising displays at the aforementioned family-friendly retailers focus on The Honey Pot’s health and beauty proposition — absolutely not its pleasure point of view.

“Sexual wellness is not a new category — neither is women’s health for that matter — but right now what is insane is that cannabis is considered less controversial even though these women’s brands aren’t doing anything illegal,” said Rodriguez. “These platforms just don’t want the public discourse to happen.”