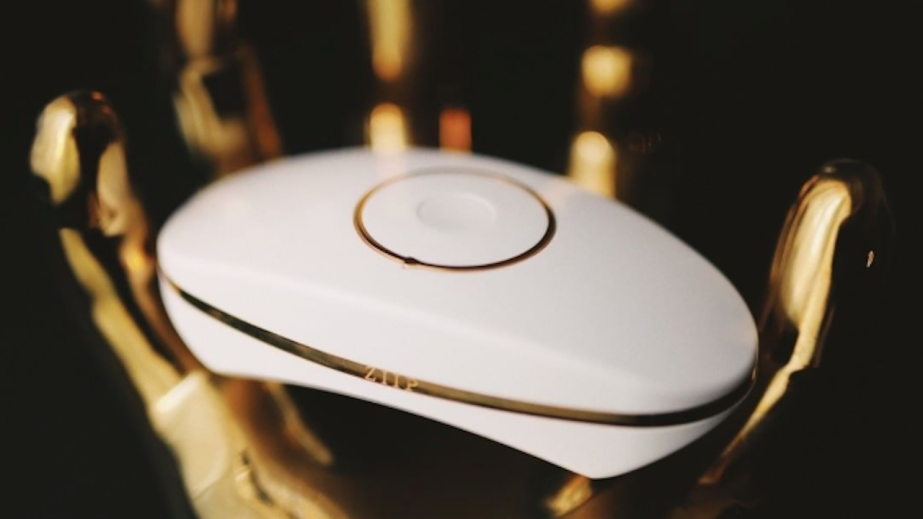 Beauty and Wellness Briefing: Why prestige beauty brands are finally succumbing to Amazon

In 2016, when Melanie Simon and David Mason launched their Ziip skin-care device, which treats a host of skin issues and syncs with an online app, Amazon was not top of mind. The at-home tool retails for $495, and the corresponding Golden and Silver gels said to guide its electrical current facials are $129 and $50, respectively. The duo chose to sell on their DTC site, Ziipbeauty.com, and select luxury retailers like Net-a-Porter, Barneys and Neiman Marcus.

“Amazon Luxury Beauty has approached us many times over the prior two years, but we haven’t felt ready to jump into the platform,” said Mason. “We’ve heard stories from other brands about the huge amount of work it takes to do it right.”

However, in late 2018, Ziip set up shop in Amazon’s marketplace and is now featured in Amazon’s Indie Beauty shop, which debuted last summer.

“Of course, DTC sales from our website are an important part of our business model, but some people prefer to shop in a physical store, on a specialized e-commerce site or on Amazon,” Mason said. “We want the purchase experience to be just right for each person and not push them away from where their eyes and minds prefer to be.”

Ziip’s willingness to be on Amazon represents the growing shift among prestige and professional brands to consider the site, after years of resisting its lures.

“It’s historically been a branding perception problem,” said Kiri Masters, CEO and founder of Bobsled Marketing. “Prestige and professional brands don’t want to be in a mass market channel with no differentiation. They rested on their laurels and relied on their other distribution channels, but guess what, Sephora sales are down, and shoppers prefer to shop on Amazon versus third-party sites.”

Once Amazon’s beauty category was quietly ungated in the summer of 2017, premium brands have had to find their footing on the site, said Masters. It’s been a struggle, she said, as brands are not sure if they should enter a first-party relationship, where Amazon has more control over pricing and, obviously, takes down resellers, or go the marketplace route, where brands are largely left to their own devices. One beauty CEO, who asked to remain anonymous, said though a third-party marketplace relationship gives brands more ownership, products don’t move because resellers are still offering slashed prices.

Ziip has gone the route of the marketplace in order to have more control over pricing, inventory and communications — it enlisted the help of Amazon agency Envision Horizons to manage daily advertising and shipping issues.

Prestige hair brand Virtue Labs will be debuting on Amazon Luxury Beauty through a first-party relationship in the second or third quarter of this year. Virtue Labs’ shampoos, conditioners and masks sell at a premium — they retail for $15 to $86 — and until now, it has relied on luxury channels like Net-a-Porter, as well as salon distribution. However, shoppers could find it on Amazon, sold by reseller BlueMercury, off and on since June 2018.

“We’ve had the channel conflict issue for years. If you sold at one prestige player like Sephora, they wouldn’t let you sell at Ulta. But the reality is that, with the rise of digital and social, it is hard to control who sells your product and where they sell it,” said Melisse Shaban, Virtue Labs founder and CEO.

“We know Luxury Beauty can help the reseller problem, where the product, price and even content don’t look the way they are supposed to,” she said. “The way I’ll support all of my channels is that I will go up in price on Amazon to account for the convenience and one-day shipping. That way, I can protect the salons and Sephora, which will all be priced the same. Unique pricing has to be accounted for to sell on Amazon.”

Unlike Ziip and Virtue Labs — premium brands that only came to market within the last three years and see digital as part of their DNA — Eufora International, which launched in 1997, is decidedly in another camp. “Salons are our preferred channel of distribution,” said Beth Bewley, co-founder and CEO of Eufora International. The brand’s hero products, which retail for $21.50 to $138.50, can be found in over 1,000 partners across North America. In 2018, Eufora saw double-digit sales growth, according to Bewley.

“Amazon works hard to ensure all communication is done through their platform, and direct connections are not made unless you partner with them, so it has been an uphill battle,” she said. Though Eufora has made its anti-Amazon stance clear, Bewley was contacted by Amazon this month to enroll in its Brand Registry service, which helps brands fight against fake product and resellers with the site’s support. “They know I don’t want to sell there, but they continue to make attempts to get me to engage,” she said. “I’m holding out.”

Though it doesn’t seem likely Bewley will be making any concessions soon, for other prestige players, the genie is largely out of the bottle. “We have to rise to the occasion and think omni-channel,” said Robert Schaeffler, Devacurl CEO. Devacurl has yet to sell on Amazon in an official capacity. The brand can be found through Amazon resellers, and Schaeffler said the company is weighing Amazon as an option, asides from salons and Sephora stores in the U.S.

Though Ziip’s approach to Amazon is still in its nascent phases. Mason sees content as a way to cut through the clutter on the mass channel. He and one other employee strategize around Ziip’s content and performance, in partnership with Envision Horizons weekly. Amazon’s Enhanced Brand Content page, which allows brands to control product descriptions and imagery, has been an focus. “We rotate that monthly, with images coming in that showcase new user-generated before-and-after photos, press and awards,” said Mason, who noted an uptick in conversion after implementing UGC, but declined to state specifics.

Founder and CEO Simon will also be featured in an upcoming Amazon Live session, where she will be talking about Ziip, à la Instagram Stories or YouTube.  “We love this live format in other channels and think this is another way to get to ‘talk’ to customers,” he said. “It’s how we can connect and build that long-term relationship.” —Priya Rao, beauty editor

Overheard: How Amazon courted a beauty brand
Spanish-founded fast-beauty company 3ina (pronounced Mina) is the latest brand to join the Amazon fray through its Indie Beauty Shop, launching on April 17. 3ina, which was founded in 2016 and is distributed in over 70 brick-and-mortar stores in 19 countries, is using Amazon to make its U.S. market debut. Below, the founders break down their experience joining Amazon.

“They invited us to fly to their headquarters in Q3 of 2018, in order for them to explain how they work.  They saw significant searches for our brand already, and when they explained to us how they could reach the consumer with their various digital techniques, we were intrigued.” — Mark Eve, co-founder of 3ina

“Our impression was that Amazon is very serious about beauty and the indie beauty scene. We were expecting a two-hour meeting, and we ended up spending a whole day with them. We are not using Amazon as a [selling] platform, but [see it as] partnering with them to launch the brand in the U.S. — Pablo Rivera, co-founder of 3ina.

“We have access to Amazon’s team, and there is regular correspondence. We are learning how to best leverage their infrastructure and reach, including gaining access to logistics, consumer insights and marketing.” — Eve —Emma Sandler

3 questions With Cheryl Vitali, Kiehl’s Worldwide general manager
Last week, Kiehl’s teamed up with Tmall for the global launch of the brand’s new Calendula Serum-Infused Water Cream in New York. To bring the new cream to a global market and establish Tmall as the go-to platform for branding, Kiehl’s utilized Tmall’s Hey Box product marketing tool that helps brands market themselves in China. In the past, Hey Box has been used by select global brands such as YSL Beauty and Dyson to launch new or limited-edition products to reach Alibaba’s 700 million customers. This was the first time a Hey Box event, which brings together influencers and Chinese celebrities to test and experience a new product in real time, took place outside of China. On the first day of pre-sales, consumers ordered 2,000 jars of Kiehl’s new cream. By the end of the week, over 10,000 orders were placed by Tmall shoppers. Glossy talked to Cheryl Vitali, Kiehl’s Worldwide General Manager to learn more about the brand’s expansion in China.

Why did Kiehl’s think the Tmall Hey Box was right for this launch?
We have been with Tmall now since 2017. When we understood there was perhaps an opportunity to be considered for Hey Box, and we felt it wasn’t comparable to any other marketing opportunity we have had before on the platform. We know the [Calendula] products have a global acceptance, but it’s the first time we’ve ever had a launch in every country in which we do business, on the exact same day.

Why is the Chinese market and a launch like this one so valuable for Kiehl’s?
We’ve now been in China for 10 years and quickly became a top brand in China. The affinity for Kiehl’s, its value and its personalized service seemed to work very well. People in China love our brand. One product we know they love is a Calendula product, the toner. Presenting this new [cream] product to Tmall and getting them to agree that this product could be a star was lucky. Every product won’t qualify, but this one did.

How will this partnership with Tmall change the way Kiehl’s creates and distributes product in the future?
With this Hey Box collaboration, we were able to send out 200,000 samples to customers in China and nail how to market this product. We got such quick feedback before launch and then targeted specific consumers. Kiehl’s is not a new product machine — we’re focused on supporting our star products, but this could be the fastest we’ve ever seen a new product take off. We’ve never had this kind of amplification and potential that Tmall is providing. It generally takes us one to two years to figure out if a new product can become a star, and this could make things so much faster for us, like less than six months. — Katie Richards

Inside our coverage
Rethinking the Coachella proposition Beauty and fashion brands alike are asking if the influencer play at the music festival is worth it anymore.

Beautycon’s Moj Mahdara shares the company’s plans to move beyond the festival circuit and into e-commerce.

MAC leans into user-generated content For the first time, the mega-brand is using social UGC in traditional channels, like product packaging, out-of-home campaigns and print advertising.

Nootropics have arrived in beauty Smart drugs, with ingredients like caffeine, L-theanine and lion’s mane mushroom, are popping up at Goop, The Nue Co. and Sakara Life.

On our reading list
Estée Laundry continues to hold the beauty industry accountable The “anonymous collective,” which has taken to task brands like Fenty Beauty, Drunk Elephant and more, explains why call-out culture is key to changing the larger industry.

Is makeup the next big boom within the shareable economy? China seems to think so.