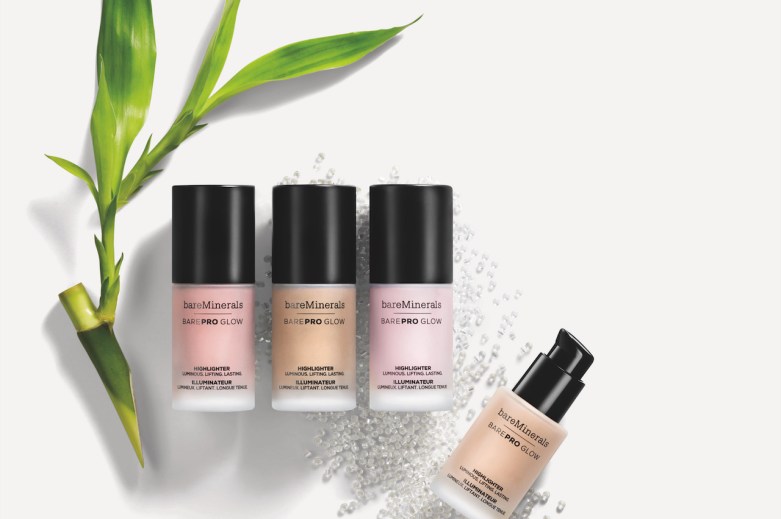 Beauty and Wellness Briefing: The race to win the clean color market

When BareMinerals tapped model Hailey Bieber as the face of its “The Power of Good” campaign last September, alongside model Rosie Huntington-Whiteley and actress Letitia Wright, it was an attempt for the 24-year-old, Shiseido-owned brand to be front-and-center within the growing clean color movement.

“When we envisioned the idea of clean makeup, we knew we needed someone who lived this clean story, and someone that had the reach and the audience to tell our story on a mass scale. Hailey helped jump-start the conversation for us,” said Jill Scalamandre, president of BareMinerals, Buxom and Shiseido Makeup. “We wanted to show her in a clean and different way than how consumers typically saw her in her modeling. It was a way to show the real Hailey and the real BareMinerals.”

Though BareMinerals has always been a clean beauty brand, the use of Bieber in its print, social and digital campaigns was a way to bring down the brand’s average customer from one in her early 40s, who grew up knowing about Bare, to one squarely rooted in the millennial demographic.

“We have a huge amount of loyalists, but the issue we were having was recruiting new customers and becoming relevant to a younger audience,” said Scalamandre. Currently, the brand is seeing more shoppers in their early 20s, on its DTC site and via communications with Sephora and Ulta (its primary retail partners), thanks to its revamp efforts.

BareMinerals attempts to rejigger come at a time when clean skin-care products, led by brands like Drunk Elephant, have become table stakes for today’s beauty consumer. According to Nielsen data, customers are vying for beauty products with simpler and better-for-you ingredients. For instance, in 2016, only 43% of facial cosmetic products were paraben-free, whereas in 2018, that number grew to 54%. BareMinerals has also had to face increased competition from newer, clean color brands, like Lawless, Ilia, Lilah B. and Kosas, which are suited to a younger clientele, thanks to their significant social followings and digitally native roots.

“There is a larger white space in clean color than clean skin care; there is a proliferation of those type of brands and products already,” said Deepti Chauhan, director of consumer products at Citigroup. “It is harder to have that efficacy and pigmentation in makeup products, but brands like Lawless and Kosas have squashed the idea that you have to settle for a granola, Whole Foods-type brand when thinking about clean color. You can be a glam makeup brand and also be clean.”

NPD data backs this up. Though the makeup market is down by 2.7% and clean makeup is also down by 4% year-over-year, the slump is being driven by heritage makeup brands with clean products. For its part, BareMinerals posted 7% growth between July 2018 and May 2019, according to Scalamandre.

“Larger brands with significant volume in the clean makeup space are struggling, hence the negative performance. That said, smaller, more agile and less distributed clean makeup brands collectively grew by 163%. [We] believe the clean market in makeup is where skin care was a few years ago: Smaller brands are making noise, but not enough to offset losses just yet. However, they could collectively become bigger and drive growth eventually,” said Larissa Jensen, executive director and beauty industry analyst at The NPD Group.

Lawless, which started as a direct-to-consumer-only brand in October 2017, is arguably on the other side of the clean cosmetics movement from BareMinerals. While BareMinerals is for the woman who is “not a super, heavy makeup user” and “doesn’t want her makeup to go overboard,” per Scalamandre, Lawless is for that trend-driven consumer, who wants a smokey eye or is looking for a highlighter.

“The reason I wanted to start this brand is that I had already transitioned to clean skin care a few years ago, but then I realized that there was nothing available in color that had that same positioning and performance,” said founder and CEO Annie Lawless Jacobs.

The brand’s target audience is women between 24 and 35 years old, but its second-largest demographic is teenagers, said Lawless. It helps that Lawless Jacobs as a founder and CEO is thought of as an influencer in her own right, with 199,000 Instagram followers. As of now, the Lawless brand does no paid endorsements with influencers or celebrities.

Lawless landed in 40 Sephora doors this past March and is expected to roll out into 50 more locations in 2020. There, Lawless has been cross-promoted within Clean at Sephora, but also in makeup displays featuring non-clean brands, proving that it can go head-to-head with the likes of Tom Ford Beauty and Nars. Lawless Jacobs said she expects the brand to grow by 400% by the end of 2019.

Lilah B. is also moving into all Sephora doors in September to enhance the retailer’s clean color offering, said founder and CEO Cheryl Yannotti Foland. “Today and going forward, clean will be the new norm. We saw it in skin, and the next evolution is makeup. The formulators and manufacturers need to be challenged and prodded, so that these products can stand up to the traditional brands,” she said. With Lilah B.’s greater foray into Sephora, it expects to more than triple its growth in 2019.

Scalamandre said BareMinerals’ awareness among younger shoppers has increased — between October 2018, it doubled its Instagram following from 500,000 to 1 million — and it is in growth mode at Sephora and Ulta. But Shiseido Group chief financial officer Michael Combs said the brand underperformed in first-quarter results due to its ongoing store closures. In November 2017, the Japanese conglomerate announced it would close 100 standalone BareMinerals locations, which was about half of its store fleet.

Still, BareMinerals has been fast and furious about product launches in the first half of this year to support its newish buzz. In January, it launched 20 shades of its BarePro Longwear Lipstick, followed by its Complexion Rescue Hydrating Foundation Stick (also in 20 shades) in March and its Floral Utopia makeup collection (14 products) in April. In May, BareMinerals launched its Clean Glow collection of 11 products. In July, the brand will extend its BarePro Performance Wear Liquid Foundation with SPF into 35 shades with No. 1 ranked women’s tennis player Naomi Osaka as its face. Bieber has also re-signed with the brand.

Though complexion products continue to be BareMinerals’ top segment, it has also seen its skin-care and eye categories experience double-digit growth globally now that the brand has “revealed itself as clean,” said Scalamandre. “We’re seeing a halo effect across the brand, BareMinerals could be all things clean to the female shopper,” she said.

Lawless is doing the same on the product front. The brand expects to double its assortment by 25 products by the end of the year. It is launching into lip glosses and bronzers in August and bullet lipsticks in October, along with mini eye palettes the same month. Lawless Jacobs said she hopes to move into tougher products that offer few clean options, like eyeliners and mascaras in 2020. Industry sources have told Glossy that Lawless has had significant interest from mega-beauty and CPG conglomerates for acquisition, including L’Oréal.

“It’s a matter of when for us,” said Lawless Jacobs of further product innovations. “We’ve proven that clean beauty can be just as performance-driven as any other brand.  While the interest from major beauty corporations is flattering, I’m holding on tight for now.”