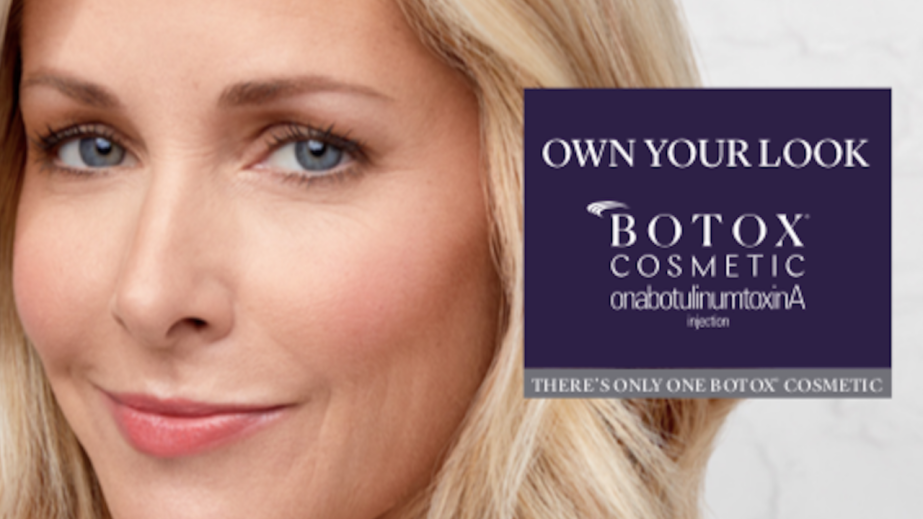 Pharmaceutical cosmetic company Allergan, maker of wrinkle reducer Botox, injectable filler Juvederm and eyelash lengthener Latisse, is the latest conglomerate to go after millennials. On Jan. 28, Allergan released its “Own Your Look” Botox campaign primarily centered on 20- and 30-something customers.

“We’ve shifted the Botox positioning to not only appeal to our core client — women that are in their 40s and older — but to also be squarely targeted at millennials. That’s where we see the growth is for the brand,” said Carrie Strom, Allergan svp of U.S. medical aesthetics, who oversees the company’s beauty portfolio, injectables and implants.

Botox is responding to industry demand: According to the American Academy of Facial Plastic and Reconstructive Surgery’s 2019 survey, the average number of surgical procedures among 22- to 37-year-olds has doubled since 2013 to forty-seven percent and Botox injections specifically rose by 22 percent in the same time period.

“About half of our audience is under 35,” said Nicci Levy, founder and CEO of aesthetics bar Alchemy 43, which provides on-the-go cosmetic injectables in a Dry Bar–like setting. “Most of our millennial clients using Botox are doing so preventatively, with the goal of aging naturally. Relaxing these muscles now helps slow down the amount of wrinkling that starts to happen as our clients get older.”

Botox is Allergan’s crown jewel. In 2018 third-quarter earnings, the cosmetic aesthetic product reported a 14 percent net revenues increase to $216 million, from $187 million in 2017. But the company recognizes it needs to evolve. For the new millennial-focused “Own Your Look” campaign, Allergan has significantly shifted dollars from traditional channels like television and print to focus on digital and social — a first for the company. Online now accounts for 37 percent of marketing dollars (versus 22 percent in 2018), while TV makes up 37 percent and print accounts for 26 percent.

“We know this client is online and on social,” said Strom. “This is where we can get her to take action more directly, and also understand where she shops, what she likes and her spending habits.”

Botox will be promoting the long-form version of the television campaign on social channels, said Strom. (On Instagram, the brand has nearly 8,300 followers, and on Facecbook, it has about 34,000 followers.) In addition, it will utilize Instagram Stories and IGTV to showcase short cuts of the video and to promote its Botox cosmetic gift cards, which first debuted in December 2018 and are also aimed at millennials.

Both the campaign and gift cards are run through Allergan Data Labs, an in-house digital content and strategy team of 20 employees, which was formed last year. According to Strom, the Botox Brilliant Distinctions loyalty program, which has 5 million members, is now growing by 50,000 members to 100,000 members a month, and members are “disproportionately millennial,” thanks to the efforts of this department.

In step with its new focus, Botox will be increasing its penetration with paid influencer activations, which began last year, with ambassadors like Lo Bosworth, who is 32-years-old and has 901,000 Instagram followers, and Lauryn Evarts of the blog The Skinny Confidential. (She is 31-years-old and has 787,000 followers.) Strom said that, according to Allergan research, the No. 1 barrier to entry for Botox with millennials is fear of an unnatural look. As a result, in the campaign, the company featured women and men with expressive faces (for example, looking surprised or emotional). In addition, it used the above influencers, who are in the target demographic, to support that Botox can help clients look like themselves.

“Millennials will have the most buying power of any generation, so we want to serve those clients in the channels they are using and also remove the stigma from Botox and educate them,” said Strom. “It’s the way we can prioritize aesthetics and [capture] their spend.”