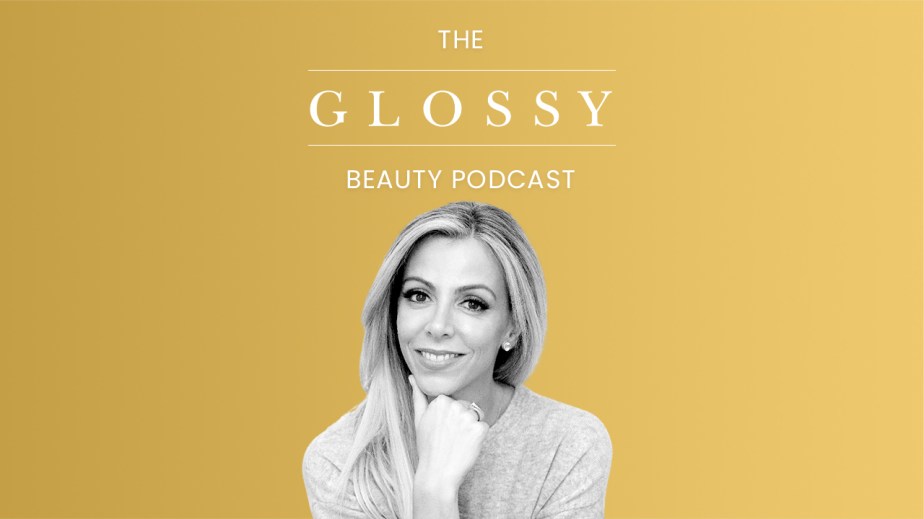 ‘I fell in love with what it promised’: Casey Georgeson of Saint Jane on the power of luxury CBD

Casey Georgeson, founder and CEO of Saint Jane Beauty, was building brands for others, like LVMH’s Kendo and Cupcake Vineyards, before she saw herself as a “founder.”

“I’ve always been that behind the scenes,” she said on the most recent episode of the Glossy Beauty Podcast. Oftentimes people would ask me, ‘When are you going to start your own brand?’ ‘When are you going to be a founder?’ I never felt like I had the big idea to do that, to make the leap. I knew what went into it, and I knew how extraordinarily difficult it would be.”

That changed, however, when Georgeson was introduced to CBD while working in the wine industry. Though many people had negative opinions of CBD because of its connection to marijuana, Georgeson believed it had greater appeal. “I fell in love with what it promised,” she said.

And despite the stoner presentation in dispensaries, she also believed that CBD had the power to be a luxury skin-care and wellness ingredient. Today, Saint Jane is sold at Sephora and Credo, and on its own DTC site. The company’s sales grew 300% in 2020.

CBD with a luxury proposition
“I fell in love with what it promised. I was reading a Popsugar article and the headline was ‘CBD is nature’s Xanax meets Advil.’ I was like, ‘What is this molecule? I have to understand more.’ Pain and anxiety are huge issues for so many women right now. So I went to a dispensary and asked them to show me all of the CBD that they had available, and it was all very crunchy and looked really homemade, so I felt a responsibility [to clean up that image]. Next to all those products was this list of things that CBD was reported to do: reducing anxiety, helping with sleep, gut health, immunity, skin issues, inflammation. I thought, ‘Wow, this could be the most exciting skin-care ingredient and wellness ingredient of our time.’ It wasn’t a decision at that point.”

Right place, right time
“I didn’t think it would be as big as it was in 2019 [the company’s launch date]. Saint Jane hit the scene at a really good time where we had the convergence. The media was really interested in it, editors were curious, retailers were starting to see the benefits. The Farm Bill had just opened up some regulations. This was a perfect storm for us, and we came in looking very different. That was intentional. I wanted there to be a very thoughtful, elevated approach to the CBD category. I wanted to bring new people into it and really detangle that 6,000-year relationship with cannabis and reimagine it, and see it in a new way.”

Digital finally getting up to speed
“When I started Saint Jane, I was a brand creator. I wasn’t even fully aware of the world of opportunities in e-commerce and digital marketing that were out there for traditional brands. And so I learned them, but I was reading all of the articles on Glossy and everywhere else that said, ‘Focus on DTC, that’s the foundation for your business, and then retailers are your second priority.’ For us, it was flip-flopped, because we realized, ‘OK, well we can start to grow an email list, but we really don’t have a great way of acquiring those customers.’ ‘We could go out and advertise on Instagram, but oh, wait, we keep getting our ad ads rejected. Why are we being rejected?’ ‘We could use Shopify payments, but oh, wait, Shopify doesn’t allow CBD in their payment processing.’ It became a big beast. So, DTC was very much on the back burner in 2019. It wasn’t until 2020 when retail changed so much. At the same time, very fortunately for us, there were some things that opened up on the regulation side with advertising and with payment processing. So we were allowed to, sort of, look more like a normal brand in 2020 than we ever had before. We could focus on our DTC [sales], and we did grow. We grew 300%, which was really exciting because we were able to pull those levers for the first time. We were also forced to get creative in how we looked at advertising partners.”

The push and pull of retail partnerships
“I really didn’t expect that [Barneys] would go bankrupt. We had invested in that channel. They were doing a really good business for us, and it was exciting. Barneys gave us a stamp of approval on the luxury front, and they were great partners. And then, toward the end, it started to become clear that they weren’t doing great. Payments got further and further out. It was hard, and I took it personally, in some respect, because I was like, ‘Oh my gosh, we’re so little and I can’t control your balance sheet. I can control mine.’ But this was a crazy blow for our company at the time. I think we were five months old, we were so young. It was hard, but I learned a lot from it. The biggest lesson I learned is that I truly have to be very careful about who we partner with and the terms that we agree to, and the fact that we can’t control the balance sheets of our retailers. So much of it is built on trust and the relationship, and really setting the guardrails and the boundaries — especially as an indie brand, because you’re just happy to be here. You’re like, ‘Thanks for having me. I’m just so grateful for the invitation to the party.’ But you have to create those boundaries and say, ‘No, we expect these terms, and we have to protect our business because we’re so young.’ We have so much opportunity, but we have to be really careful.”