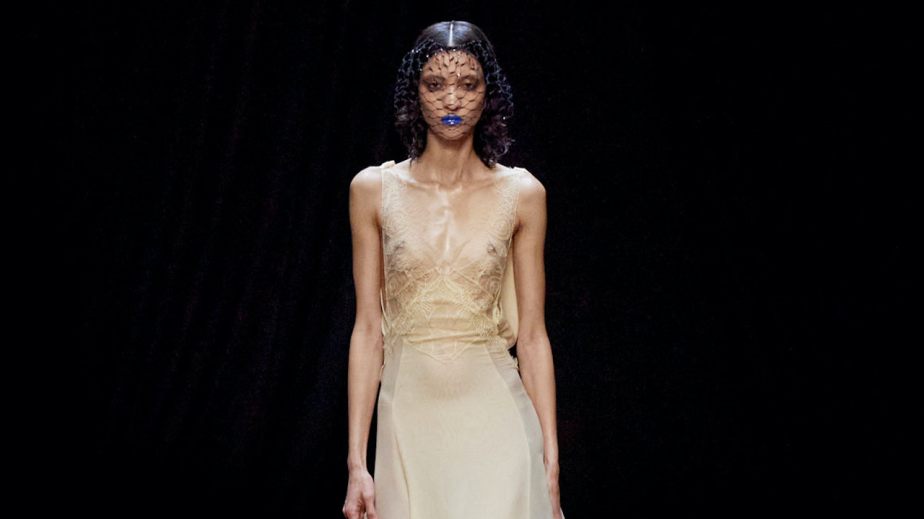 Conglomerate leaps into uncharted territory may be a future luxury trend.

Currently, luxury in itself is having a moment, to say the least. Categories from fine jewelry and watches to luxury fashion resale are thriving, signaling that the industry is somewhat recession-proof. As the overall economy remains unstable and most everything else feels uncertain, luxury seems to be serving as a safe space, of sorts, for investors. This week alone, related movement included Tod’s founding family launching a $344 bid to privatize the company, valuing it at more than $1.3 billion. And, of course, Estée Lauder confirmed its interest in acquiring Tom Ford, the fashion arm of the business and all.

The Estée Lauder news got me thinking about fashion and beauty groups that have, thus far, stayed in their lane. Is the state of luxury, and corresponding opportunities, disrupting their focus? Lanvin Group came to mind, considering its recently reported plans to expand its portfolio, which is currently 100% focused on luxury fashion. While digging in to get more color on the company’s next moves, it was confirmed that once unexpected moves should now be expected.

The future of Lanvin Group

Earlier this week, I spoke with Joann Cheng, chairman and CEO of Shanghai-based Lanvin Group. The 4-year-old fashion group owns five heritage luxury brands, including Lanvin, St. John, Sergio Rossi, Wolford and Caruso. It plans to launch on the New York Stock Exchange by the end of the year, by way of a SPAC, and to make a brand acquisition by the end of 2023. Reaching profitability in the following year is also a goal, secured through sales growth in the U.S. and China, a larger young customer base and product category expansion. Earlier this month, the group announced that it had increased its revenue by 52% in 2021 to around $340 million.

It feels natural to look for comparisons between Lanvin Group and the largest luxury fashion conglomerates — namely, LVMH and Kering. Yet, its focus is unique, by design. “The way LV and Kering became successful in the past won’t be the way we become successful in this environment,” said Cheng, noting the changing world, great competition in the fashion industry, and rapid emergence of supply chain and digital marketing innovations. “We have to adapt ourselves to the macro [environment], to the industry movement and to the technology behind us and, very strictly, establish our own road.” Being a global group rooted in China is, alone, different.

What’s more, the company’s approach to building out its portfolio is somewhat original, with a focus on brands in complementary versus overlapping product categories. The ability to increasingly play into the evolving lifestyles of shoppers, including young consumers, is also driving that focus. It’s worth noting that Wolford launched activewear, dubbed W Active, in October 2020.

Lanvin Group’s only full-category fashion brand is Lanvin, which makes products from leather bags and shoes to ready-to-wear. According to Cheng, Lanvin Group operates six manufacturing plants for its five brands, which produces “a significant portion” of their products. Each business is run “relatively independently” and responsible for its own P&L. And, because the brands aren’t competitors, they seek out synergies. “St. John can make knitwear suits for Lanvin, and Sergio Rossi can make shoes for Lanvin and St. John,” she said.

As such, a newly acquired company focused on a category not yet explored by Lanvin Group’s other brands could easily lead to category expansion across the portfolio. All of the brands could opt to leverage available resources to, for example, introduce a more accessible offering to earn new customers.

On that note, I asked Cheng whether Lanvin Group has an interest in entering the beauty market. She said it’s a category the group wants to explore, “especially for Lanvin,” to serve young customers eager to get a taste of the brand with, say, “a lipstick.”

“But we’re not in a rush, because this would be a new category for us; we need internal preparation to [ensure we’re equipped] with the right experience and team,” she said.

On that note, it’s a widespread theory that, if Tom Ford were to be acquired by Estée Lauder, the latter would sell off the fashion side, in absence of the necessary infrastructure to make a go of it.

Cheng called the overall luxury segment resilient, pointing to its compound annual growth rate of 6%. Following the height of Covid, Lanvin Group has seen strong sales recovery in its target market of the U.S. and largest market of Europe. The U.S. accounts for 15% of its sales for brands excluding local St. John, while Europe is home to its other four brands.

With a strong foundation of heritage brands in place, Cheng said she’s remaining more “open-minded” while considering Lanvin Group’s next portfolio additions, for which she’s leveraging referrals from across the group’s network. Her main focus is on growing brands specializing in categories that will attract new customers, especially young shoppers, while maintaining Lanvin Group’s European “DNA.” Growing U.S. sales to 25% of the business is a goal, as is building up sales in the Asian market, which currently stand at 10%.

“When Asian customers go to buy luxury for the first time, at 25- or 30-years old, they’re spending months of their salary on a bag,” she said.

As with luxury fashion-focused Lanvin Group, the companies under the umbrella of its owner, Fosun International Ltd., are complementary and strategize around synergies. Before Covid, Lanvin Group had spaced out its limited retail footprint over “the best [global] malls in the best cities to grow,” Cheng said. But over the past two-plus years, as domestic shopping ramped up, it leaned on Fosun-owned Bund Finance Center to open stores in China and grow its local business. Lanvin, Wolford and Cairo all have stores in the BFC mall. Lanvin Group declined to disclose the number of stores it’s opened since the start of the pandemic and the number it’s currently operating.

Also working in the group’s favor has been the fact that it pre-buys all the fabric and raw materials for some of its brands’ products. As such, it hasn’t been forced to implement “dramatic, large-scale” cost increases to account for boosts in freight and logistics prices, Cheng said.

Like other luxury companies, Lanvin Group has seen its customers increasingly embrace online shopping. That’s particularly proven true for items like accessories, where finding a perfect fit is not a factor. According to Cheng, even when stores reopened post-lockdown, the notion that “time is a luxury” seems to have stuck for the group’s shoppers, as many have remained in the online channel.

While under the name Fosun Fashion Group — it rebranded in October 2021 — Lanvin Group acquired Sergio Rossi in June 2021. Despite plans to buy again soon, Cheng said completing the SPAC IPO process is a necessary first step.

“Finishing the transaction will bring us exposure in the [fashion] market, allowing us to bring in more international talent, drive the organic growth of our current brands and acquire more brands for the future,” she said.

Along with timing, she said that “luck” will determine when Lanvin Group scoops up its sixth brand. “It’s about finding the right partners and the right teams, along with finding the right time to [go there],” she said. “And we’re taking our time. We have a long-term commitment to this industry.” Well, for now.

Get ready to shop the NYFW runways

On Wednesday, Endeavor Streaming, a subsidiary of IMG owner Endeavor, announced a partnership with livestream shopping platform AiBUY. The deal builds on NYFW: The Shows’ beta launch of shoppable runway videos in February. It’s set to provide a long-term solution to the missing link between see-now-buy-now collections and the consumers viewing their releases online.

Shopify isn’t the only e-commerce company reporting a slowed trajectory. On Wednesday, fashion e-tail company Revolve Group revealed its second-quarter earnings, spotlighting decelerating net sales: The first quarter showed a 58% increase YoY, while the second quarter showed a 27% YoY boost. Net sales in July were up just 10% YoY. Revolve executives said they expect the trend to continue through the third and fourth quarters.

Ahead of Chinese Valentine’s Day, celebrated Thursday, 90 brands including Valentino and Burberry leveraged Alibaba’s Tmall Luxury Pavilion to get in front of luxury consumers in gifting mode. Together, they released 40,000 products that could be digitally gifted within the platform, which is five times more than they released for a Valentine’s Day-themed shopping festival in May.

Creating a fashion brand for the web3 customer