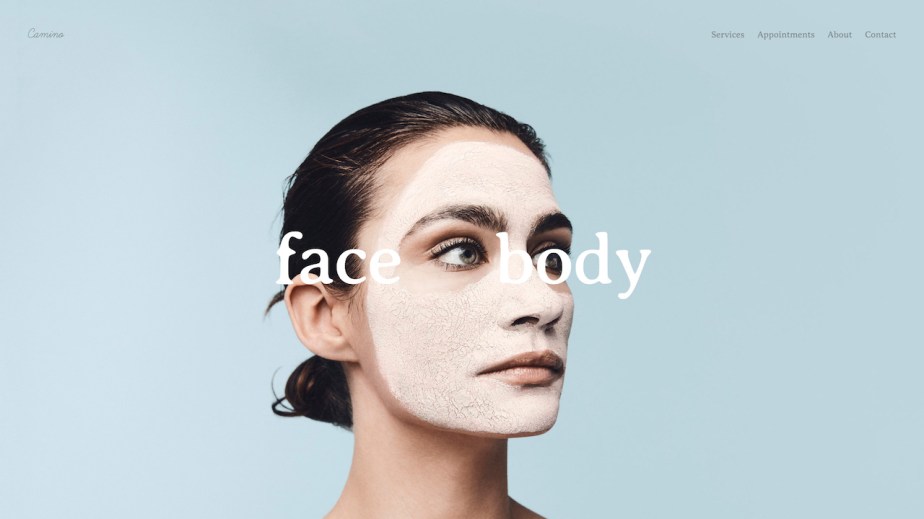 As the move to owning the customer relationship becomes more important, budding beauty and fashion companies, like Lauren Napier Beauty, Sunday Forever and Jamnatura, have increased their presences on the web platform Squarespace in the last year in attempt to be more DTC-centric. Squarespace, too, is trying to make those business relationships more seamless as it launches a subscription model service for online shops on Thursday.

Squarespace, which started as platform for professionals to build and host websites in 2003, has over 2 million paying customers, but the subscription product feature will be available only to its Commerce Advanced (or merchant) clients and will be rolled into the existing $40 per month annual plan cost. The company would not disclose the number of customers within this business plan, but did say that, company-wide, its online stores have hit $1 billion gross merchandise value using its e-commerce tools in the last year.

The subscription tool is meant to be flexible and allow Squarespace businesses to try any number of options of subscriptions, such as weekly, monthly or yearly-based plans on individual products or an assortment. For comparison, competitor Wix, which generated $424 million in revenue in 2017, offers three, more static subscription plans for customers: monthly, yearly and every two years. This new feature was a draw for Crystal Marshall, founder of natural beauty company Jamnatura, which is currently only sold online. “I can control subscriptions on any product of my choice now,” she said.

Like companies including Fourpost that are focused on helping digitally-native companies scale offline into physical retail, Squarespace is increasingly interested in creating easier ways for online shops to manage businesses on its platform. Prior to Thursday’s launch, Squarespace soft-launched the service with no external promotion. Early results were promising: According to the company, in five days, 400 merchants adopted the model and have processed over $20,000 dollars in recurring revenue. Beauty and fashion companies, which have long been taken with subscription models (in the vein of Ipsy or Birchbox) see it as vehicle for reoccurring revenue opportunities. Those brands were among the top three categories of businesses who signed up for the functionality in the last week, according to Squarespace.

“We are driving a renewed focus to LaurenNapier.com as a main point of business, rather than just working with retailers,” said Lauren Napier founder of Lauren Napier Beauty, which sells a line of facial cleansing wipes. Though Napier launched her site and business with Squarespace in 2014, she focused on third-party partners like Net-a-porter.com, Harvey Nichols, Anthropologie and Selfridges until recently. In the last year, as she focused on her own DTC business, she has seen her business experience 200 percent year-over-year growth and e-commerce sales are also increasing, from 8 percent at the end of last year to 17 percent currently.

Facial wipes are an easy product for regular revenue and Napier likens the new subscription feature to what Squarespace previously did for its merchants by integrating email marketing campaigns into sites. That feature mimicked the style and content of businesses into email newsletters without the need to try a third-party service like Mailchimp (this Squarespace product feature debuted in June). “It really is about creating and managing my business now all in one space,” said Napier. Since June, Lauren Napier Beauty has subsequently increased its email subscriber database by over 76 percent and increased online sales by 56 percent, per the company.

These moves for Squarespace, as well as recently launched product tools like enabling gift cards (which launched in October 2017) and offering shopping via Instagram posts (August 2018) through its site speaks to a larger strategy of being a one-stop shop for businesses. In December, CEO Anthony Casalena said of its customers, “A lot of people are there building a brand. They want to sell something.” It was reported then that the private company, which could consider an IPO, generated $300 million in revenue — a 50 percent increase in 2017. Though these tools are not exactly a revenue play for the web platform as they are part of the $40 top ticket price, Squarespace clearly wants to do more than just design websites.

“We want to help our merchants build stronger and more loyal customer bases,” said Natalie Gibralter, vice-president of product for consumer products. “Subscriptions will eliminate the need for businesses to use third-party integrations, which lead customers to another interface or design. That can be very confusing.”

That Squarespace is launching this feature now – prior to the holiday season – was thoughtful, according to Gibralter. The company wanted to facilitate easier gifting opportunities for merchants and their subsequent customers. Fashion and beauty brand Sunday Forever, which counts its candles category as one-third of revenue, is hoping to bank on this. “Our business is very seasonal, so with the flexibility of recurring subscriptions we can test many options on many products,” said CEO Ashli Stockton. “This is making it easier [for our customer] to put her money down, which is key,”